Close
Lee Jackson
from Newcastle Upon Tyne, England
January 1, 1944 (age 78)
Biography
As a member of the Nice from 1967 through 1970, Lee Jackson was a pioneer in the field of progressive rock, before the term had even been coined. And as a bassist (and singer), he was among the earliest star musicians to emerge from that new field. Born Keith Lee Jackson in Newcastle Upon Tyne in 1943 (some sources claim 1944), he reached his teens as rock & roll and skiffle were starting to manifest themselves in British popular culture. Jackson took up the guitar and the bass, and his early group affiliations included the Vandykes and the Invaders. But it was as the bassist for Gary Farr the T-Bones that he found the direction for his career. One of his bandmates in the T-Bones was a keyboard player named Keith Emerson, who thoroughly knew his way around classical music and jazz, as well as rock & roll and R&B. Following the breakup of the T-Bones, Jackson and Emerson, along with guitarist Davy O'List and ex-T-Bones drummer Ian Hague, found themselves working together in a quartet that was ultimately called the Nice, put together as a backing band for American-born, U.K.-based R&B singer P.P. Arnold.

All four musicians found an unexpected opportunity to stretch out in their performances -- they usually went on ahead of Arnold to warm up the crowd, and the singer allowed them to play anything they wanted, which meant that their sets soon started to include original compositions. Emerson and Jackson were on the same page when it came to mixing musical genres, and the group's work soon began to embrace elements of classical, third stream jazz, and blues, all played in a fierce and expansive fashion, which fit in neatly with the psychedelic experiments of the time. By the summer of 1967 they were getting bookings on their own. That fall, they were signed by Immediate Records. At just about this same time, Ian Hague was replaced by Brian Davison, and he and Jackson quickly formed one of the finest rhythm sections of the day.

Jackson's bass work was beyond reproach -- indeed, even on the group's early recordings, with Emerson and O'List chewing up any empty space, his playing did a huge amount to bring the four-string instrument to prominence. Additionally, he began to emerge as a quirky if productive composer. If there was one area of doubt about Jackson, it was in his vocals -- the bassist had a low, raspy voice, very expressive but of limited range, and it was not obviously attractive. And, yet, he was the best the group had to offer -- neither O'List nor Emerson could do as well. On the group's heavily psychedelic-influenced debut album, The Thoughts of Emerlist Davjack (1968), the vocals were built on spooky choruses and amplified whispers, which avoided issues of intonation. By the time of the second album, Ars Longa Vita Brevis, during the recording of which O'List departed, Jackson's role came more to the fore. His bass work was more exposed around Emerson's piano and organ playing, and he and Davison took their work far beyond the boundaries of any conventional rhythm section as the group began exploring longer-form compositions and more experimental musical timbres, including the use of an orchestra. And his vocals were now out in front on songs such as Little Arabella and Daddy, Where Did I Come From, bizarre little character studies and mini-operas, the latter reminiscent of (and perhaps parodying) the Who's early experiments with rock opera. Meanwhile, their live shows were building up a serious audience -- Emerson's flamboyant approach to playing on-stage, which included using daggers to hold down notes on his Hammond organ, was what the critics raved about, but Jackson and Davison's playing was of equal intensity and, on good nights, seemed as though it might lift the band off the ground.

All of these attributes were realized with their third album, Nice (aka Everything as Nice as Mother Makes It aka Nice #3), which included their best studio sides and two extraordinary tracks from the Fillmore East in early 1969. She Belongs to Me showed off what everyone in the band could do on-stage, and was one of Jackson's finest moments on record. Also, the studio version of Hang on to a Dream was one of the best showcases his singing ever had, and pointed the way toward his extraordinary playing on the group's ten-plus-minute live versions of this song. His use of a violin bow on his instrument on the latter song also distinguished his sound. Emerson was not happy with the group's limitations, however, especially as embodied by Jackson's singing. At one point, Immediate's resident singer/songwriter Duncan Browne, who had toured with and recorded with the trio, was even offered the vocalist spot, but turned it down. It was Emerson's meeting in December of 1969 with Greg Lake, a bassist/singer with King Crimson, that sealed the group's fate. By the following spring, Emerson was on his way out, to form Emerson, Lake Palmer, and Jackson and Davison were left to fend for themselves.

Following the breakup of the trio in 1970, Jackson formed a new band, Jackson Heights, which recorded a handful of albums between 1971 and 1973, and whose ranks included ex-King Crimson drummers Michael Giles and Ian Wallace. He and Davison also reunited in 1974 as part of the trio Refugee with keyboard player Patrick Moraz. Jackson left the music business after the mid-'70s, including a stint living in Los Angeles. Back in England in the 1990s, he joined the Northampton-based blues group the Ginger Pig Band, and also worked with an outfit called the Barking Spyders. In the midst of all of that activity in blues-rock, he also found time to participate in what started out as a one-off performance by the Nice, reuniting Emerson, Davison, and Jackson for the first time in three decades, which led to a full-blown British tour and the release of a live album. ~ Bruce Eder, Rovi 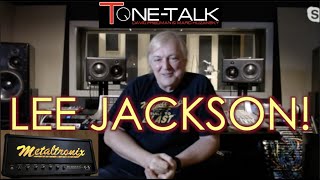 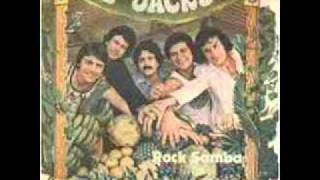 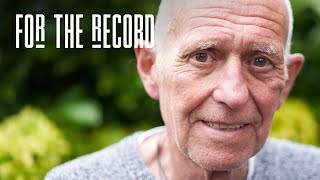 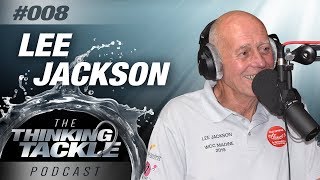 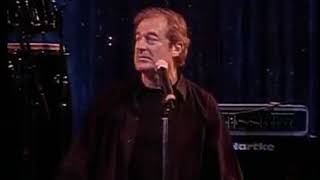