Close
Blue Weaver
from Cardiff, Wales
March 11, 1947 (age 74)
Biography
Blue Weaver has never recorded a solo album, or commanded the kind of fan legions that Keith Emerson or Rick Wakeman can boast of. He has, however, played on and contributed to the sound and the shape of an enviable array of gold- and platinum-selling records, heard by tens of millions of listeners in the United States alone, in between playing a key role in the development of English folk-rock as a member of the Strawbs.

Born Derek Weaver in Cardiff, Wales, in 1947, he took up the piano and organ as a boy, and by the time he was in his late teens had become a member of Brother John the Witnesses, whose lineup included drummer Dennis Byron. He and Byron later worked together again in Amen Corner -- a Cardiff septet complete with saxes, fronted by a then-16-year-old Andy Fairweather-Low -- which was signed to English Decca's progressive/psychedelic pop imprint Deram Records in 1966 and enjoyed a four-year string of hits. These included Gin House Blues, Bend Me, Shape Me, and High in the Sky for Deram, and the number one hit (If Paradise Is) Half as Nice for Immediate Records, where they carried their array of hits into the end of the decade. When the group splintered in 1970, the keyboard player -- now nicknamed Blue Weaver -- jumped with the lead singer to the latter's new group, Fairweather, who enjoyed a Top Ten British hit that year with Natural Sinner. Fairweather split up soon after that success, however, and it was at that point that Weaver auditioned for the Strawbs, who were in need of a new keyboard player following Rick Wakeman's decision to leave their lineup in favor of joining Yes. Joining the Strawbs just before the recording of the Grave New World album, Weaver's organ and Mellotron added a stately, majestic quality to the band's sound and was more closely integrated with rest of the group's playing than Wakeman's flashier contributions to their earlier work had been. He played a role as a composer (in collaboration with group founder Dave Cousins) as well on Bursting at the Seams, their next album, which not only contained two British hit singles but was the first of the group's albums to get serious airplay in America, mostly on FM progressive rock stations. Weaver's contribution to the group's sound during this period has been preserved in a pair of professionally recorded concerts that were broadcast on radio and have since been bootlegged.

This lineup of the Strawbs split into two factions in 1973, one behind Richard Hudson and John Ford and the other behind founder Dave Cousins; Weaver was allied with neither side, and was suddenly left without a group. He became a session musician, which led to his joining Mott the Hoople long enough to appear on their 1974 U.S. tour (during which Queen was the opening act) and resulting live album. He had also periodically played sessions with his former Amen Corner bandmate Dennis Byron, who by 1974 was eager to bring Weaver aboard with the group that he was now working with -- the Bee Gees.

In 1975, he began what became a seven-year association with the Bee Gees. That group had been reshaping their sound in a new, more soulful direction, and had done one album reflecting their new approach, Mr. Natural. They were looking to push that approach further, and also establish a working band and, at Byron's urging, auditioned Weaver. They found that not only did his approach to music suit what they had in mind, but that also they got along well personally. He was aboard for the recording of Main Course, taking over the keyboard spot that had previously been filled by Maurice Gibb. He not only contributed mightily to the sound of most of the album, especially in his exploration of the range and texture of synthesizer sounds (then new to the group's work) in fresh and lively ways, on songs such as Jive Talkin' and Nights on Broadway, but also adding a heavier rhythmic texture by introducing a synthesized bass sound augmenting Maurice Gibb's conventional guitar-style bass. Weaver also became the first non-Gibb brother to share a composition credit with the three singer/songwriter brothers, on Songbird. In the years to come, Weaver became an integral element of the group's music and its shape, structure, and texture, particularly on the #Saturday Night Fever soundtrack which followed immediately after. He played on an enviable run of six consecutive number one hits with the group before they exhausted their string of successes in the early '80s amid the backlash against disco music.

In 1983, a year after leaving the Bee Gees, Weaver rejoined the newly re-formed Strawbs, but by that time he was so busy with session work, growing out of his recognition within the music industry, that it became difficult for him to fulfill touring commitments with the band, especially later in the decade when they became a fully active performing outfit. Weaver was replaced by Chris Parren at the end of the 1980s, although he was back with the group for their 1993 tour. Weaver has played on records by Stevie Wonder, the Pet Shop Boys, the Damned, and Chicago, as well as on numerous film soundtracks and commercials, and since the early '90s has owned and operated a successful independent studio in London. Despite Weaver's notable success with synthesizers from the mid-'70s onward, and his use of digital technology from the early '90s in his own studio, he also retains a special appreciation of the Mellotron, an early-'60s electronic instrument that would seem to be hopelessly out-of-date (but isn't), which has also resulted in his contributing to such albums as Rime of the Ancient Sampler, which showcase the instrument. ~ Bruce Eder, Rovi 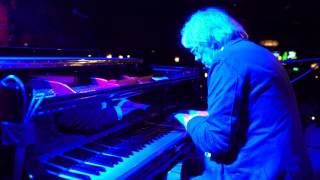 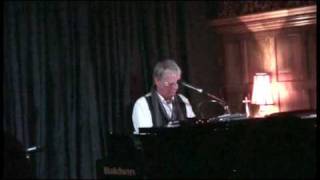 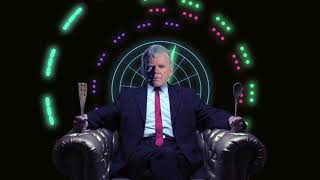 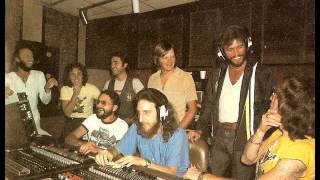 BeeGees - How Deep Is Your Love - Writing Session 1977 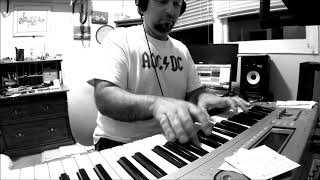