Close
Steve Hackett
from Pimlico, London, England
February 12, 1950 (age 71)
Biography
Steve Hackett may be best-known as lead guitarist with Genesis between 1971-1977, during the band's transition from prog outsiders to chart success. Hackett has also worked extensively in other genres including pop, blues, jazz fusion, world, and classical musics. His arrival in Genesis in 1971 as a replacement for Anthony Phillips provided the group with the last ingredient needed for chart success. He issued his solo debut, Voyage of the Acolyte, in 1975, while still a member of the band. Subsequent solo offerings, including the acclaimed back-to-back progressive releases Spectral Mornings (1979) and Defector (1980) cemented his reputation as an innovative and restless guitarist. During the late '80s he released his first experiments with world music on Til We Have Faces (1984), and formed the successful but short-lived AOR rock outfit GTR with Yes guitarist Steve Howe in 1986. During the '90s, Hackett dove headfirst into hard rock and blues with Guitar Noir and Blues with a Feeling before releasing the first of his periodic Genesis Revisited sets in 1996. In the 21st century, he initiated numerous projects including Squackett with Yes bassist Chris Squire, released a handful of acclaimed solo recordings like Beyond the Shrouded Horizon and The Night Siren, issued three more Genesis Revisited live offerings, and since 2012 has worked extensively with Hungarian jazz fusion band Djabe, releasing several albums including Live in Blue (2016) and Back to Sardinia (2019).

Hackett's earliest experience in playing professionally came with groups named Canterbury Glass and Sarabande, making mainstream rock with a progressive/psychedelic edge. It was as a studio musician that he excelled, recording with a band called Quiet World in 1970. They were signed to the Pye Records label and released an LP titled The Road on that company's progressive rock-oriented Dawn Records label. In late 1970, Hackett crossed paths with Genesis when he placed an advertisement in search of like-minded progressive musicians and Peter Gabriel responded; the group's original guitarist, Anthony Phillips, had departed and they needed a replacement. He saw them in concert with a temporary substitute in the guitarist's spot and approached them about joining. Hackett was in the lineup in January of 1971 and was quickly established as an integral part of their sound, though his concert work at their earliest gigs suffered from the fact that Hackett had little experience playing on-stage, which initially made him nervous. He subsequently became not only an essential part of the Genesis sound, but also of their image; his bespectacled figure, seated and bent over his instrument in studied concentration, helped to set the group apart from flashier progressive rock outfits of the era.

His skill and vast range opened up the group's sound in new ways during their progressive rock phase; coupled with Phil Collins' drumming in the mix, Genesis turned into a true virtuoso unit, as revealed on the albums Foxtrot, Genesis Live, Selling England by the Pound, and The Lamb Lies Down on Broadway, all among the finest progressive rock LPs ever conceived. Following the departure of lead singer Gabriel and his replacement by Collins, and their move toward a more commercial sound, Hackett proved equally adept; the difference was that their albums were now selling in the millions instead of the hundreds of thousands, and he was getting far more public exposure than ever before.

Hackett's first solo album, Voyage of the Acolyte, dated from 1975 and was, in many ways, almost a lost Genesis album, featuring Collins and Michael Rutherford in its lineup. Coming out as it did in the wake of Gabriel's departure from the group, it was a cause of some strain among the members, despite their participation, but Hackett stayed with the band through the tour behind the release of Wind Wuthering, making his last appearance with the group on the Seconds Out live album, ironically just as the band was ascending into the top ranks of concert attractions and recording acts. Hackett's first post-Genesis solo album was Please Don't Touch!, which deliberately hewed very far away from his old group's progressive sound and departed completely from Voyage of the Acolyte as well. He also put together his first touring band, which included Pete Hicks on vocals and John Shearer on drums, as well as brother John Hackett on flute and keyboards, with whom he subsequently recorded the Spectral Mornings album.

Hackett's sound advanced rapidly in the '80s, through albums such as Defector -- a fascinating musical/political fantasy -- and the pop-oriented Cured. His concert work kept him busy throughout Europe, and the expanding fame of his old band led a steady stream of listeners to check out the work of the former Genesis guitarist, whose playing and personality were so prominent on those classic early albums. He also reunited with Peter Gabriel and Michael Rutherford, and then with all of his ex-bandmates for a pair of 1982 charity concerts. The following year he enjoyed a very successful European single in the guise of "Cell 151" from the Highly Strung LP, which helped propel that album to hit status. The mid-'80s saw him broaden his sound to include various elements of "world music" in his studio work, and he also began playing smaller, more intimate halls where his guitar skills could be better appreciated.

In 1986, Hackett hooked up with Yes guitarist Steve Howe to form GTR, a progressive rock unit that became a favorite of MTV and the rock press, generating a hit single ("When the Heart Rules the Mind") in America and a platinum-selling album for Arista Records; GTR followed these up with an international tour. Hackett resumed his solo career in 1987, but with the momentum of GTR behind him, he now found crowds of tens of thousands eager to hear him play classical-style acoustic guitar and was becoming the arena rock version of Christopher Parkening or guitarist John Williams. His next major release was Time Lapse, a live retrospective of his work from several decades of music-making.

In 1994, Hackett surprised most of his fans by turning back to his roots with Blues with a Feeling, an album built around the sounds of blues guitar and harmonica that harked back to his boyhood. This pointed to one of the ironies of Hackett's career: as a member of Genesis, he was presumed by most fans to have been classically trained, but his music was actually derived from a multitude of influences which he's always embraced and absorbed; thus, although originally a rock guitarist with blues roots, Hackett has performed with the London Symphony Orchestra and composed instrumental classical music based on Shakespeare's A Midsummer Night's Dream for EMI's Angel Records label.

Even as his composing career ballooned in the '90s, he also began playing more concerts and turned back to his progressive rock roots by performing Genesis' classic repertoire. Working with a group who included such luminaries as ex-King Crimson alumni Ian McDonald and John Wetton, not to mention Genesis' Chester Thompson, as well as the Royal Philharmonic Orchestra, Hackett released a live album titled Genesis Revisited, which was precisely that. During the '90s, he fronted a group known as Steve Hackett Friends, including former members of King Crimson, who had revived their classic progressive rock repertoire in dramatic new concert form, on CD and concert video.

Hackett has continued to record well into the new century; numerous solo albums include To Watch the Storms, Metamorpheus, and Wild Orchids. Live Rails was released in 2011 and was followed by the moderately successful studio album Beyond the Shrouded Horizon later that year. In 2012, Hackett collaborated with Chris Squire from Yes under the moniker Squackett. Their album A Life Within a Day featured seasoned session drummer Jeremy Stacey fresh from his work with Noel Gallagher's High Flying Birds. That same year, Hackett released Genesis Revisited II, another collection of reworked early Genesis material, which became his most successful solo album to date.

He returned in 2015 with his 26th solo effort, Wolflight, and subsequently set out on the Acolyte to Wolflight with Genesis Revisited Tour to promote the record and to celebrate the 40th anniversary of his first solo album. A live recording of the tour's stop in Liverpool was released in 2016. Hackett also returned to the studio with wife Jo and co-producer Roger King to develop and record his proper follow-up to Wolflight, and issued Live in Blue with Hungarian jazz and world music fusion group Djabe. Taking on a more world music-influenced feel, the 2017 album The Night Siren found Hackett adding a different dimension to his sound, featuring vocals from Kobi Farhi and Mira Awad, as well as introducing a variety of musical instruments from around the world. Djabe and Hackett spent a few days on the island of Sardinia in 2016. Near the Nostra Signore di Tergu cathedral, they built a temporary recording studio inside the priest’s house. A three-day, completely improvised session was put into shape by Tamás Barabás, who produced an album from the multitrack tapes entitled Life Is a Journey: The Sardinia Tapes, that appeared a few months after The Night Siren. In 2018, Hackett issued the live Wuthering Nights: Live in Birmingham, followed by Life Is a Journey: The Budapest Live Tapes with Djabe.

Hackett continued to explore the nexus between progressive rock and world music on his 25th studio LP, 2019's At the Edge of Light. That same year, he issued Genesis Revisited Band Orchestra: Live at the Royal Festival Hall recorded on October 5, 2018 at The Royal Festival Hall, London, during the Genesis Revisited Tour fulfilling a long-held ambition of the guitarist's. The concert featured Hackett's regular touring band with Nad Sylvan on vocals and Jonas Reingold (the Flower Kings) on bass, and special guests John Hackett and Amanda Lehmann, augmented by the 41-piece Heart of England Orchestra. He also guested with John and Lo Musico on On the Wings of the Wind and Andrea Padova Plays Lo Muscio, and in December released Back to Sardinia with Djabe. A follow-up to their 2017 improvised collaboration, Hackett was unable to make the live-in-studio Sardinia sessions due to a rigorous touring schedule. He added his guitar parts at a studio in Budapest. Upon hearing his additions, Barabás felt they built upon the musical language they'd developed two years earlier. 2020 brought another Genesis-related live set in Selling England by the Pound Spectral Mornings Live at Hammersmith which saw Hackett performing the classic Genesis album in its entirely while also honoring the 40th anniversary of his Spectral Mornings LP. ~ Bruce Eder, Rovi 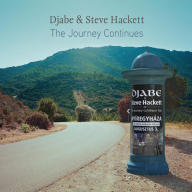 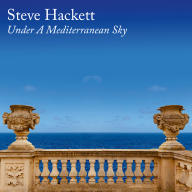 Under A Mediterranean Sky
2021 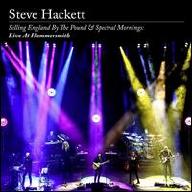 Selling England by the Pound & Spectral Mornings [Live at Hammersmith]
2020 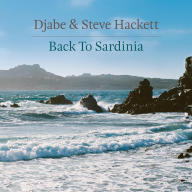 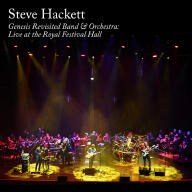 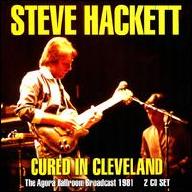 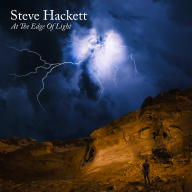 At the Edge of Light
2019
Videos
Close 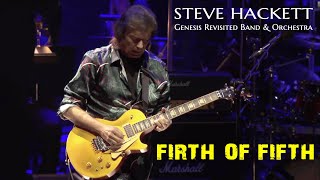 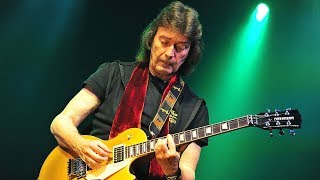 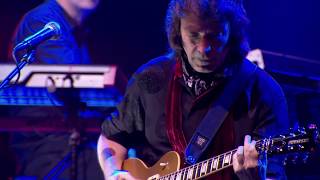 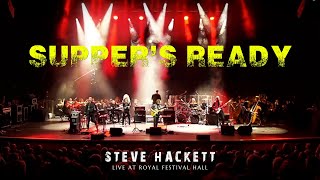 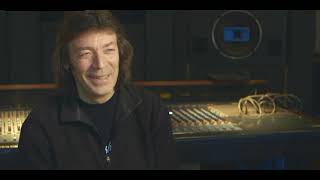 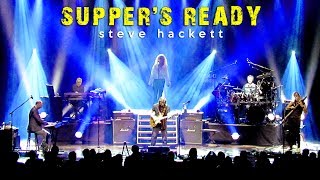 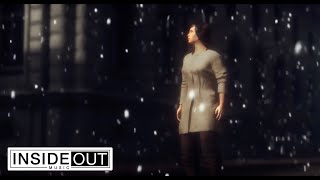