Close
King Tubby
from Kingston, Jamaica
January 28, 1941 - February 6, 1989 (age 48)
Biography
King Tubby is to this day synonymous with dub. He was a man who had a passion for fiddling with sound equipment, and turned that passion into a new musical genre and a veritable art form. He may have started his career as a repairman, but before he was done, his name was one of the most respected around the world. He worked with virtually every artist in Jamaica, and his name on a remix was like gold, a seal of quality that was never questioned.

King Tubby was born under the more humble name of Osbourne Ruddock in Kingston, Jamaica, on January 28, 1941. Initially, the closest he got to the music scene was via the airwaves, as Ruddock spent his teens working as a radio repairman. In the mid-'50s, Jamaica was undergoing a revolution that saw the audiences move out of the dancehalls, which had once packed them in with live music provided by big bands, and onto the streets. There the sound systems ruled as traveling outfits set themselves up on a sociable street or corner and blasted records to crowds through a speaker. Initially they were small, but the sound systems quickly grew in size and legend; the competition extremely fierce and often violent. Speakers were the usual victims of these rivalries (sometimes along with the DJs, organizers, and even the audience). The people weren't the only ones who were damaged, which is why in the late '50s the operator of a Waterhouse sound system approached Ruddock for help. The repairman fixed that speaker, then another, and another, until he was providing first aid for a variety of sound systems around the city. A born tinkerer, Ruddock inevitably began coming up with ways to improve things as well. He spent years working on other people's sound systems, but by 1968, he was ready to open his own shop: the legendary Tubby's Home Town Hi Fi. The sound he provided there was nigh on perfect, which meant King Tubby himself was now beginning to look around for something new to fiddle with. Producer Duke Reid offered the perfect solution via a job at his Treasure Isle studio as a disc cutter. There, King Tubby began deconstructing and reconstructing music in the same way he had sound systems, but these early efforts were really remixes, an already old skill in Jamaica. The remix began as a "version" B-side, nothing more than an instrumental of a vocal track. Ruddy Redwood, a sound system MC and engineer at Treasure Isle, had taken the next logical step forward, physically remixing records in the rocksteady years to place the focus on the bass. King Tubby took this concept to a whole new level. He started stripping out not only the vocals, but cutting up instrumental parts, dropping them in and out of the tracks, adding new effects and sounds, while also making use of phasing, shifts, and echoes. Many of these experiments were pressed onto acetate dubplates and spun at his sound system. These stripped-down tracks were integral to the rise of the DJs, and King Tubby not only cut exclusive dubplates for his favorites, he also hired the best to perform at his sound system. U-Roy, I-Roy, and Big Youth were just some of the stars who made their mark toasting at Tubby's Hi Fi.

In 1971, King Tubby was ready to take another leap forward and opened his own studio. There, the experiments continued as the remixer turned engineer moved into the area of studio effects. The studio quickly became a favorite for the likes of Augustus Pablo, Lee Perry, Prince Tony Robinson, and Glen Brown. It was the latter man who history acclaims as the first to actually credit a King Tubby mix on record. The aptly titled Tubby's at the Control was a remix of Merry Up by God Sons (an alias for Tommy McCook and Rad Bryan). Robinson followed suit, releasing Tubby's in Full Swing, on a song credited to Lloyd Robinson and Carey Johnson.

King Tubby began turning out remixes in prolific numbers. Bunny Lee kept him busy with a constant stream of singles to remix and a batch were bundled up in 1974 as the seminal Dub From the Roots album, and more were featured on the follow-up, King Tubby Meets the Aggrovators at Dub Station. Years later, the British Klik label reissued most of Roots as Shalom Dub, buttressed with bonus tracks. Another U.K. label, Attack, has also released the King Tubby-fueled Dub Jackpot, featuring rarer remixes and dubs of Lee productions. Blood Fire's If Deejay Was Your Trade: The Dreads at King Tubby's 1974-1977 also boasts Tubby's takes on Lee's productions, this time focusing exclusively on DJs, as did the French label Culture Press' Bunny Lee, King Tubby the Aggrovators. Tubby also worked with Vivian Jackson after meeting in 1971 when Jackson handed him a rhythm and the remixer went to work. The result was the hit Go to Zion, credited to Brother Joe the Rightful Brothers, an alias for Jackson, the Congos' Roydel Johnson, and the Gladiators' Albert Griffiths. Jackson and King Tubby's follow-up, Conquering Lion, was another hit, and gave the artist/producer his nickname "Yabby You." Yabby You released his debut album, Conquering Lion, in 1975, and Tubby provided the dub companion, King Tubby's Prophecy of Dub, the following year. Yabby You's sophomore set, 1977's Wall of Jerusalem, boasted Tubby dubs across half the set. Augustus Pablo, the famed melodica player and producer, was also a client, and King Tubby remixed music for Pablo's Rockers label, much of which appeared on the songs' B-sides. The pair cemented their partnership with the seminal 1975 Ital Dub album, the outtakes from the sessions appearing 15 years later as El Rockers, a release from the British Pressure Drop label. However, Ital Dub was merely a warm-up for King Tubbys Meets Rockers Uptown, a record that established both King Tubby's and Pablo's undying reputations. Their follow-up, Rockers Meet King Tubby in a Firehouse, merely added to their glory.

Across the early '70s, the remixer's experiments had swiftly evolved into pure dub, and his remixes were no longer a remix at all, but a total reinvention of the song. Another giant step forward had occurred in 1973 when King Tubby purchased a second four-track, which allowed him to record vocals. The new setup was inaugurated with Roy Shirley's Stepping Razor that same year. King Tubby had his first hit the following year with Watergate Rock, a dub of Larry Marshall's I Admire You. This inevitably led to Tubby taking on Marshall's entire I Admire You album. It was a busy year as Bunny Lee also released the aforementioned Dub From the Roots set while King Tubby also joined forces with Lee Perry for Blackboard Jungle Dub. He next worked with Niney the Observer Holness on 1975's Dubbing With the Observer, and the 1989 Trojan compilation King Tubby's Special 1973-1976 resurrected that album, then added shrewdly selected Bunny Lee productions for a monster 30-track set. After Tubby's work with Holness, producer Harry Mudie supplied him with material that couldn't quite compete, but Harry Mudie Meets King Tubby in Dub Conference, Vol. 1 was still sublime and the pair's partnership continued across another two volumes of music. King Tubby was also happy to provide mixes for Glen Brown, the man who first gave him his due. Trojan's Dubble Attack: The Original Pantomime Dee-Jay Collection 1972-74 features the island's greatest DJs, overseen by Brown, then reconstructed by Tubby. Blood Fire concentrates on Brown's more roots-conscious work for the equally masterful Termination Dub. Another client was Glen Darby, whose productions recorded at Channel One by Jo Jo Hookim and Philip Smart were eventually compiled across Guava Jelly's two-CD set The Sound of Channel One: King Tubby Connection, which pairs the original vocal tracks with their dub companions.

By the end of the '70s, however, King Tubby had turned his attention to teaching and training a new generation of engineers and producers, including Prince Jammy (who would only take the crown once his mentor died, becoming at that point King Jammy), the equally innovative Scientist, and Prince Philip Smart, among others.

King Tubby continued creating new mixes, but no longer at the previous rate. In the new decade, he and Jah Screw took on Ranking Joe and the Roots Radics for the excellent Dangerous Dub. It was to be one of the last full-length remixes Tubby would do. That same year, First, Second and Third Generations of Dub brought together the teacher, alumnus Prince Jammy, and the young graduate, Scientist, for an album that aptly illustrated the development of all three.Scientist and King Tubby united for two more albums released in 1996 by the U.K. label Burning Sounds, King Tubby's Meets Scientist in a World of Dub and King Tubby's Meets Scientist at Dub Station. Even as King Tubby's output dropped, he still remained an integral part of the music scene. He upgraded his studio again and also launched his own record labels -- Firehouse, Waterhouse, Kingston II, and Taurus.

By the mid-'80s, King Tubby had shifted into production, and released a stream of seminal singles by the likes of Sugar Minott and Anthony Red Rose. He occasionally released albums and reunited with Bunny Lee for 1983's King Tubby the Dubmaster With the Waterhouse Posse and Sly Robbie Meet King Tubby in 1985. Both sets disappointed, perhaps because Tubby had taken dub as far as it could go. His best work was now in the production field, working with young DJs and veteran vocalists. Pliers (of Chaka Demus fame), Ninjaman, Gregory Isaacs, and Johnny Clarke were just some of the talent who cut singles for him. King Tubbys Presents Soundclash Dubplate Style arrived in 1989, bundling up dubs of his dancehall hits. As the decade drew to a close, King Tubby seemed destined to continue stamping his imprint on Jamaica's scene, still in demand, and still a powerful musical force. Then, on February 6, 1989, his career came to a sudden end when he was shot and killed outside his home in Waterhouse. His murder remains unsolved, his death believed to have been the result of a street robbery. In the years since, King Tubby's renown has only grown. As time has passed, even more material has come to light and albums that saw only limited release are now easily available. ~ Jo-Ann Greene, Rovi 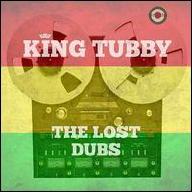 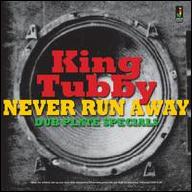 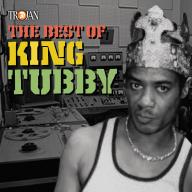 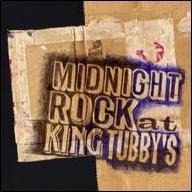 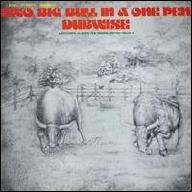 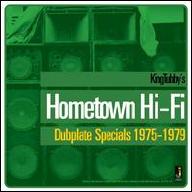 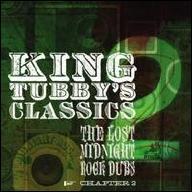 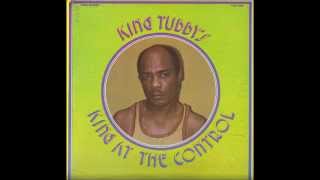 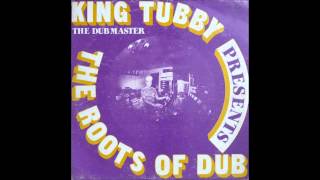 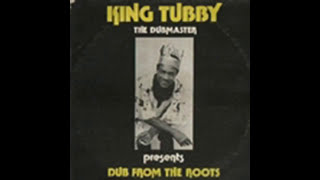 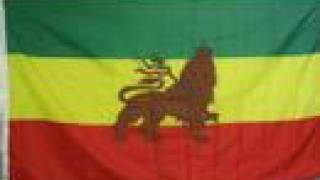 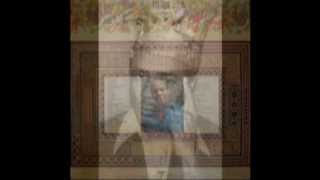 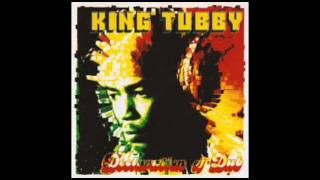 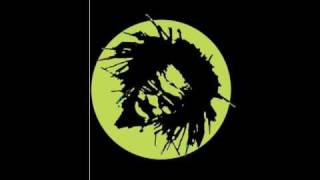