Close
Brian Auger
from Bihar, India
July 18, 1939 (age 80)
Biography
Brian Auger arrived on the London scene in the early '60s, right in the thick of the blues and R&B revival that led directly to the British Invasion of 1964. Auger wasn't directly part of that trend, but his swinging, jazzy keyboards remained at the fringes of British rock through the 1960s. His roots were in R&B-inflected jazz (a sound identified with the first two-thirds of the '60s), and he thrived during the late '60s and into the 1970s by playing adventurous, progressive music, either with his Oblivion Express or as a duet with a rotating group of singers. Auger kept on this track for decades, swinging between jazz, rock, and R&B, playing regular gigs (either on his own or as support) and recording on occasion.

Brian Auger was raised in London, where he took up the keyboards as a child and began to hear jazz by way of the American Armed Forces Network and an older brother's record collection. By his teens, he was playing piano in clubs, and by 1962 he had formed the Brian Auger Trio with bass player Rick Laird and drummer Phil Knorra. In 1964, he won first place in the categories of "New Star" and "Jazz Piano" in a reader's poll in the Melody Maker music paper, but the same year he abandoned jazz for a more R&B-oriented approach and expanded his group to include John McLaughlin (guitar) and Glen Hughes (baritone saxophone) as the Brian Auger Trinity. This group split up at the end of 1964, and Auger moved over to Hammond B-3 organ, teaming with bass player Rick Brown and drummer Mickey Waller. After a few singles, he recorded his first LP on a session organized to spotlight blues singer Sonny Boy Williamson that featured his group, saxophonists Joe Harriott and Alan Skidmore, and guitarist Jimmy Page; it was Don't Send Me No Flowers, released in 1968.

By mid-1965, Auger's band had grown to include guitarist Vic Briggs and vocalists Long John Baldry, Rod Stewart, and Julie Driscoll, and was renamed Steampacket. More a loosely organized musical revue than a group, Steampacket lasted a year before Stewart and Baldry left and the band split. Auger retained Driscoll and brought in bass player Dave Ambrose and drummer Clive Thacker to form a unit that was billed as Julie Driscoll, Brian Auger the Trinity. Their first album, Open, was released in 1967 on Marmalade Records (owned by Auger's manager, Giorgio Gomelsky), but they didn't attract attention on record until the release of their single "This Wheel's on Fire," (music and lyrics by Bob Dylan and Rick Danko) in the spring of 1968, which preceded the appearance of the song on the Band's Music from Big Pink album. The disc hit the Top Five in the U.K., after which Open belatedly reached the British charts. Auger the Trinity recorded the instrumental album Definitely What! (1968) without Driscoll, then brought her back for the double LP Streetnoise (1968), which reached the U.S. charts on Atco Records shortly after a singles compilation, Jools Brian, gave them their American debut on Capitol in 1969. Driscoll quit during a U.S. tour, but the Trinity stayed together long enough to record Befour (1970), which charted in the U.S. on RCA Records, before disbanding in July 1970.

Auger put together a new band to play less commercial jazz-rock and facetiously called it the Oblivion Express, since he didn't think it would last; instead, it became his perennial band name. The initial unit was a quartet filled out by guitarist Jim Mullen, bass player Barry Dean, and drummer Robbie McIntosh. Their initial LP, Brian Auger's Oblivion Express, was released in 1971, followed later the same year by A Better Land, but their first U.S. chart LP was Second Wind in June 1972, the album that marked the debut of singer Alex Ligertwood with the band. Personnel changes occurred frequently, but the Oblivion Express continued to figure in the U.S. charts consistently over the next several years with Closer to It! (August 1973), Straight Ahead (March 1974), Live Oblivion, Vol. 1 (December 1974), Reinforcements (October 1975), and Live Oblivion, Vol. 2 (March 1976). Meanwhile, Auger had moved to the U.S. in 1975, eventually settling in the San Francisco Bay Area. In the face of declining sales, he switched to Warner Bros. Records for Happiness Heartaches, which charted in February 1977. Encore, released in April 1978, was a live reunion with Julie Tippetts (née Driscoll) that marked the end of Auger's association with major record labels, after which he dissolved the Oblivion Express and recorded less often.

In 1990, Auger teamed up with former Animals singer Eric Burdon, and the two toured together during the next four years, releasing Access All Areas together in 1993. In 1995, Auger put together a new Oblivion Express. As of 2000, the lineup consisted of his daughter, Savannah, on vocals, Chris Clermont on guitar, Dan Lutz on bass, and his son Karma on drums. This group issued the album Voices of Other Times on Miramar Records one week before Auger's 61st birthday. ~ William Ruhlmann & Stephen Thomas Erlewine, Rovi 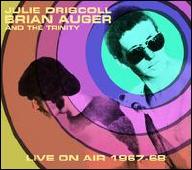 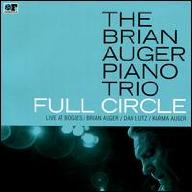 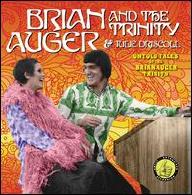 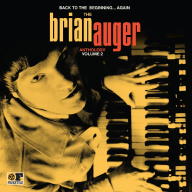 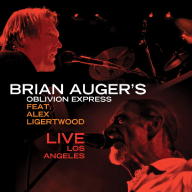 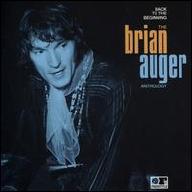 Back to the Beginning: The Brian Auger Anthology
2015 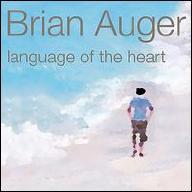 Language of the Heart
2012
Videos
Close 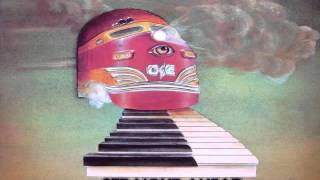 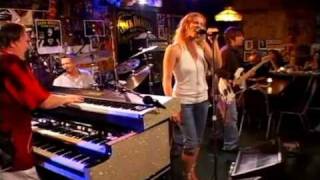 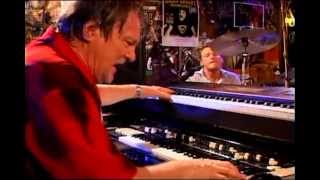 Brian Auger - Compared to what (Live at Baked Potato) 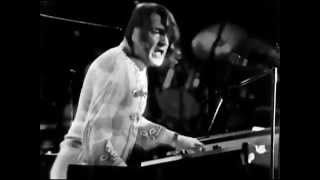 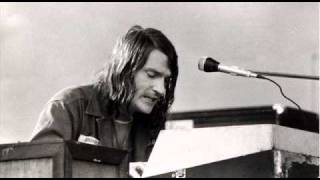 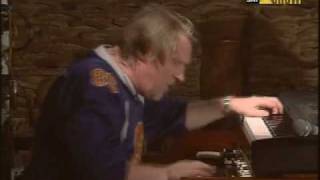 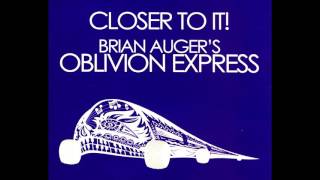