Close
Giorgio Gomelsky
from Georgia
February 28, 1934 - January 13, 2016 (age 81)
Biography
Giorgio Gomelsky was one of the secret heroes of British rock, and indeed one of the more important non-musicians in rock history. As a promoter and manager he was instrumental in launching the careers of both the Rolling Stones and the Yardbirds. His production credits adorn a number of significant recordings, particularly those by the Yardbirds, although his contributions were not merely purely technical expertise, but also inspired, off-the-wall ideas and morale-boosting. Although the Stones and the Yardbirds, of course, went on to become extremely influential and great bands with international hits, Gomelsky tended to work with acts that got more and more underground as time went on. In the late '60s these included cultish psychedelic artists like Julie Driscoll and the Blossom Toes, and in the early '70s early progressive rockers like Gong and Magma; he persevered into the new wave era with Material, Bill Laswell's first band.

Born and raised in Continental Europe, Gomelsky moved to England in the mid-'50s to pursue a career as a filmmaker. During his early years in the U.K. he got involved with the British jazz scene as one of its most august supporters in the media. In early 1963, Gomelsky was an important figure in the just-emerging British R&B scene as the operator of the Crawdaddy Club in Richmond, on the outskirts of London. The first band that came to fame via a Crawdaddy residency were the Rolling Stones; it was at the Crawdaddy that they really began to develop a rabid following. It was partly as a result of a short film Gomelsky planned to make of the band performing (never completed) that the Stones began to receive their first media attention. As an indirect result, Andrew Loog Oldham became aware of the band and almost immediately signed them to a management contract, although Gomelsky had been doing some unofficial management-type duties for them already. Although it's sometimes inferred that Gomelsky was the Stones' first manager, not too much should be made of this; both the Stones and Gomelsky have made it clear that there wasn't an official relationship in place. Still, he definitely made an important contribution in their early days.

The band that took over the Stones' residency at the Crawdaddy, fortunately, were the Yardbirds. Gomelsky took a more active role in their career than he had with the Stones, as their official manager and their producer. The Yardbirds credit Gomelsky as a figure who helped fuel their ambition and experimentation; he even sings one of the low voices that form the Gregorian chants on their "Still I'm Sad." Although simpatico with many of Gomelsky's artistic sensibilities, the Yardbirds were also aggravated by some of his publicity ideas, and fired him in 1966, when he was replaced by Simon Napier-Bell. Labyrinthine legal complications surround the material Gomelsky recorded with the Yardbirds, which in part is why some CDs have not been remastered from the best quality source tapes, and also why, perversely, dozens if not hundreds of compilations of work from this era clog the market.

Gomelsky crossed paths with many up-and-coming British acts in the '60s, and recorded quite a few of them at live performances and demo sessions. Often he did so just before a group, or members of a group, became famous, and from the '70s onward some of these tapes have appeared on record. Among these are releases with tracks by the Animals, Graham Bond (with a pre-Cream Jack Bruce and Ginger Baker), the Yardbirds, Steampacket (with Rod Stewart and Long John Baldry), Soft Machine, and more arcane figures like Davy Graham and Gary Farr. Some of the musicians were not happy to see these releases, as the sound quality was not always professional, and performances were often not recorded with an eye toward ever being released. From a historical viewpoint, however, these are at the least often very interesting, and sometimes very musically good. Soft Machine demos from 1967, for instance, capture the band at a much more pop- and song-oriented psychedelic phase than their more avant-garde 1968 official debut, and other than three 1967 tracks are the only Soft Machine sides to feature original guitarist Daevid Allen. Gomelsky seemed to be among the few figures in the industry with a realization that history was in the making, and that the music should be documented.

Gomelsky was a sort of Renaissance man of stirring things up in the British music scene, in various capacities. He wrote some of the first articles in support of the Rolling Stones in the British press. He helped get blues and rock onto the bills at the National Jazz Festival at Richmond, which changed to the National Jazz & Blues Festival, and eventually evolved into the Reading Festival. He befriended the Beatles on some of their first trips to London in early 1963, and got them to see the Rolling Stones at the Crawdaddy Club. He helped the Animals in their early days by helping to arrange an exchange of sorts whereby the Animals would play on the Yardbirds' circuit in London for a while, while the Yardbirds went up to Newcastle to play on the Animals' hometown circuit. In the late '60s he founded and was managing director of a PR company, Paragon, which promoted music on the Polydor, Track, and Atlantic labels.

In the late '60s Gomelsky formed the label Marmalade, which had Polydor distribution. Marmalade, like a few labels starting to sprout up in the U.K. at the time such as Immediate, Track, Harvest, and Apple, seemed to have an aesthetic that strove for innovative artistry as well as commercial success. Gomelsky being Gomelsky, Marmalade was not as commercial as any of the aforementioned labels, although it did get a Top Ten hit with Julie Driscoll with the Brian Auger Trinity's "This Wheel's on Fire" in 1968. More typical of their output was early solo work by John McLaughlin (whose Extrapolation Gomelsky produced), the eccentric underground pop-psychedelic group the Blossom Toes, and a super-brief association with Danish progressive rock band the Savage Rose. There were other acts even further removed from rock and pop, such as British trad jazz giant Chris Barber, whom Gomelsky had known since the '50s, and the avant-garde Spontaneous Music Ensemble.

Gomelsky moved to France in the early '70s, and his interests would drift toward the more obtuse and avant rock. He produced albums by Gong, whose Daevid Allen he had recorded with Soft Machine. As manager of inscrutable French prog rockers Magma, he was instrumental in developing the French underground/alternative rock circuit by booking them into youth halls around the country, which in turn opened up new venues and audiences for progressive rock acts throughout Europe.

Gomelsky moved to New York City in the mid-'70s, where he was involved with a label, Utopia, that would have had the same alternative- and innovative-minded focus as Marmalade did. However, Gomelsky fell out with his partner, and after the Utopia venture foundered, got involved in the nascent New York experimental "new music" scene. He encouraged the young Bill Laswell, and produced the early recordings of Laswell's band Material. He conceived and produced the Zu Manifestival in New York in 1978, which featured many avant-rock-experimental notables from the U.S. and Europe. In the hopes of creating a circuit similar to the one he had blazed in France with Magma, he made cross-country trips of the college and underground circuit with a bus of a couple dozen musicians such as Laswell and Fred Frith. He found it far harder to create such a network in the U.S., however, due to less support and vaster distances.

In the '90s, Gomelsky shifted focus from working with music to working with computer technology. He maintained a peripheral involvement in the music scene, letting out a floor of his building as inexpensive rehearsal space to New York musicians he found promising; the most renowned artist to take advantage of it was Jeff Buckley. ~ Richie Unterberger, Rovi 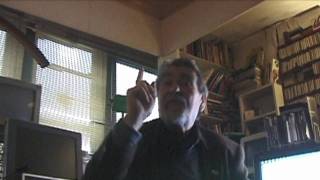 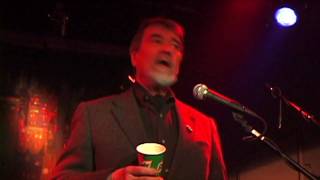 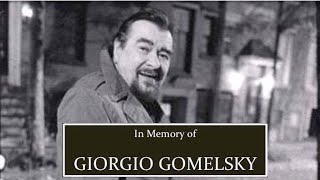 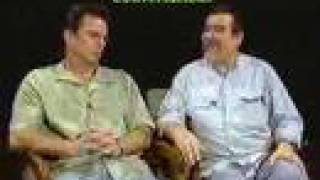 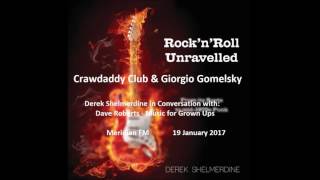 Giorgio Gomelsky and the Crawdaddy Club 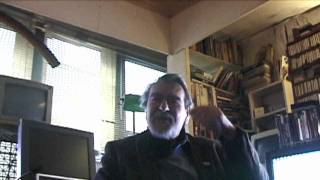 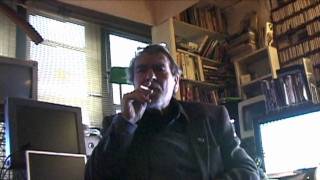