Close
Pharrell Williams
from Virginia Beach, VA
April 5, 1973 (age 48)
Biography
Along with fellow Virginians Missy Elliott, Timbaland, and Neptunes partner Chad Hugo, Pharrell Williams has played a crucial role in the progression of post-new jack swing R&B and rap, and consequently pop. Williams actually got his start during the tail-end of the new jack era as the co-writer of Wreckx-N-Effect's number two 1992 pop hit "Rump Shaker," but he and Hugo truly distinguished themselves six years later as producers of Mase's "Lookin' at Me" and Noreaga's "Superthug," crossover hits that showcased the duo's uniquely chunky and choppy sound. Williams and Hugo built on this momentum throughout the 2000s, scoring hits that included Justin Timberlake's "Rock Your Body" (2002), Jay-Z's "Excuse Me Miss" (2003), Snoop Dogg's "Drop It Like It's Hot" (2004), and Ludacris' "Money Maker" (2006), all the while keeping their extracurricular genre-blind group N.E.R.D. afloat. After numerous accolades for the Neptunes, including a Grammy for Producer of the Year in 2004 and a Producer of the Decade acknowledgment from Billboard, the charismatic Williams remained a force in mainstream music as a producer, songwriter, tough-talking rapper, and falsetto-equipped singer. Working less frequently with Hugo, he added to his list of colorful hits songbook with Robin Thicke's "Blurred Lines" (2013), Daft Punk's "Get Lucky" (2013), and Kendrick Lamar's "Alright" (2015). Williams likewise prospered with intermittent solo material, highlighted by the Top Five albums In My Mind (2006) and G I R L (2014), and the number one pop hit "Happy" (2013). After Williams co-produced the Academy Award-nominated Hidden Figures, and contributed music for the film's soundtrack, he and Hugo reactivated N.E.R.D. with "Lemon" (2017), the group's first Top 40 hit.

Pharrell Williams forged a long-term friendship and musical partnership with Chad Hugo while in seventh grade band camp. Among the Virginia Beach natives' aspirant peers in high school were Timothy Timbaland Mosley and Melvin Magoo Barcliff, with whom Williams recorded as S.B.I. (Surrounded by Idiots), but as the fledgling Neptunes, Williams and Hugo, joined by Shay Haley and Mike Etheridge, caught the attention of Teddy Riley. The new jack swing architect sponsored a talent show at Princess Anne High School, across the street from his Virginia Beach recording studio, and was impressed enough by the Neptunes' performance to sign the young musicians to a development deal. While producing his brother Markell's group, Wreckx-N-Effect, Riley enlisted Williams to co-write "Rump Shaker," which peaked at number two on the Billboard Hot 100 at the end of 1992. The following year, Williams could be heard calling out SWV's name throughout that group's Riley-produced "Human Nature" remix of "Right Here." Together and separately, Williams and Hugo acquitted themselves the next few years with work for Riley's Blackstreet, as well as SWV and Total. In 1996, the latter two groups were the first acts to release material crediting the Neptunes, by then the collaborative songwriting and production alias of Williams and Hugo.

The Neptunes left their first indelible marks in 1998. Mase's "Lookin' at Me," featuring Puff Daddy, became Williams and Hugo's first Top Ten pop hit that September, and Noreaga's "Superthug" -- with Williams also providing the amusing intro and a secondary vocal -- hit number 36 that October. The duo soon became among the most prolific, revered, and successful producers in commercial R&B, rap, and pop. Their sound, appealingly plastic-sounding with beats that could be replicated with a pair of fists pounding on a cafeteria table, became as identifiable and as mimicked as that of Timbaland and Missy Elliott, who had entered the mainstream a few years earlier. Among the Neptunes' most creative and popular productions during this early run were Ol' Dirty Bastard's "Got Your Money" (1999), Kelis' "Caught Out There" (1999), Jay-Z's "I Just Wanna Love U" (2000), Britney Spears' "I'm a Slave 4 U" (2001), Nelly's "Hot in Here" (2002), Clipse's "Grindin'" (2002), and Justin Timberlake's "Rock Your Body" (2003). The last of that bunch led to a Grammy award in the category of Producer of the Year, Non-Classical. As the Neptunes continued to take on commissioned work, Williams' voice became increasingly familiar. He was now more likely to provide the chorus and the background vocals of the same song, in addition to appearing in the accompanying video. Meanwhile, Williams, Hugo, and Shay Haley instituted N.E.R.D., an outlet for hybrids of rock, rap, soul, and funk that didn't conform with any particular radio format. In Search Of..., the debut N.E.R.D. album, was originally released in Europe in 2001, but when it arrived in the U.S. the following year, much of its electronic components had been replaced with live instrumentation, affirming Williams' and Hugo's desire to evade creative restrictions.

Although In Search Of... wasn't met with the same level of success as most of the synchronous Neptunes productions, the album enabled Williams to extend his reach as a frontperson, and cleared a path to his first solo single in 2003. Produced with Hugo and featuring Jay-Z, "Frontin'" built anticipation for The Neptunes Present...Clones, a compilation of all-new tracks from artists produced by Williams and Hugo, released on their Interscope-affiliated Star Trak label. The track sent the parent album to the top of the Billboard 200 and eventually reached number five on the Hot 100, thus maintaining the duo's momentum up to the release of N.E.R.D.'s second album, Fly or Die, in 2004. Neptunes' highlights across the remainder of that year and throughout 2005 included Snoop Dogg's "Drop It Like It's Hot" and Gwen Stefani's "Hollaback Girl," both of which topped the Hot 100. After a number of delays, Williams' first solo album, In My Mind, arrived in 2006. Produced by Williams alone, it featured appearances from several of his previous collaborators and debuted at number three on the Billboard 200 chart.

Williams didn't release another solo album for eight years, but his name, as well as that of the Neptunes, continued to be of high value. Successful collaborations with the likes of Mariah Carey ("Say Somethin'"), Beyoncé ("Green Light"), Jay-Z ("I Know"), Solange ("I Decided"), and Madonna ("Give It 2 Me") continued through the latter half of the 2000s. There was a handful of Grammy nominations, as well as a win for Ludacris' "Money Maker," which took the Best Rap Song award for 2006. N.E.R.D. remained an occasional diversion with 2008's Seeing Sounds in 2010's Nothing, the latter released the same year as the animated comedy Despicable Me, for which Williams provided soundtrack material and co-composed the score. During 2011 and 2012, Williams produced material for dozens of projects, most notably Kendrick Lamar's Good Kid, M.A.A.D. City and Frank Ocean's Channel Orange, two of the era's landmark albums.

The roll continued through 2013 and 2014. "Blurred Lines," a number one pop hit for Robin Thicke, involved Williams as producer, co-songwriter, and featured artist. Williams co-wrote and fronted "Get Lucky" and "Lose Yourself to Dance," two songs from Daft Punk's chart-topping Random Access Memories. The soundtrack for Despicable Me 2 contained several Williams songs, led by the worldwide smash hit "Happy," a ubiquitous soul-pop throwback for which Williams conceived a 24-hour music video. When the nominees for the 2013 Grammy Awards were announced, Williams' name appeared in seven categories. At the ceremony the following January, "Get Lucky" won Record of the Year and Random Access Memories won Album of the Year. Williams also took the award for Producer of the Year, Non-Classical. Two months later, signed as a solo artist to Columbia, home of Daft Punk, Williams released his second album, G I R L. It reached number two on the Billboard 200, by which time "Happy" had achieved yet more success, becoming one of the top-selling digital singles of all time with sales of more than five million. In addition, Williams continued hit-making as a featured artist and producer with singles such as Future's "Move That Dope," Alicia Keys' "It's On Again," and Ed Sheeran's "Sing," and he joined the television singing competition The Voice as a judge.

Williams was as busy and relevant as ever during the latter half of the 2010s. Among his biggest hits during this period were Kendrick Lamar's Grammy-winning "Alright," Missy Elliott's Top Ten R&B/hip-hop return "WTF (Where They From)," and Camila Cabello's number one pop hit "Havana." He also contributed to high-profile albums by Alicia Keys, Frank Ocean, Little Big Town, Calvin Harris, SZA, Janelle Monáe, and Justin Timberlake, as well as Beyoncé and Jay-Z's duo recording as the Carters. Williams' Hollywood connections concurrently deepened with musical contributions to The Amazing Spider-Man 2, Paddington, and SpongeBob Squarepants: Sponge Out of Water, the last of which featured new N.E.R.D. material. For Hidden Figures, Williams not only contributed original music for the soundtrack and Golden Globe-nominated score but co-produced the film, itself an Academy Awards nominee for 2016's Best Picture. In 2017, Williams reunited with the Despicable Me team for the third installment in the series, and made a full return with Hugo and Haley as N.E.R.D., who scored their first Top 40 pop hit with the rowdy Rihanna collaboration "Lemon," and released their fifth album, NO ONE EVER REALLY DIES. He continued to work actively with other artists, writing and producer Migos' 2018 hit, "Stir Fry," and working again with the Carters on their single, "Apeshit." He landed his own hit that same year with "Sangria Wine," a collaboration with Camail Cabello. In June 2019, Williams contributed the track "Letter to My Godfather" to the Clarence Avant documentary The Black Godfather. ~ Andy Kellman, Rovi 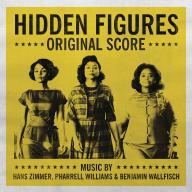 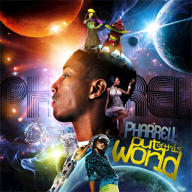 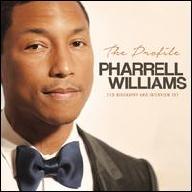 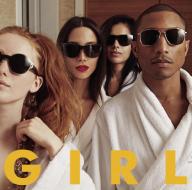 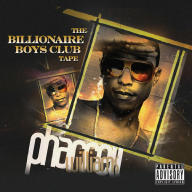 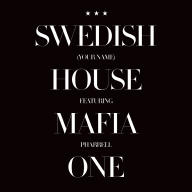 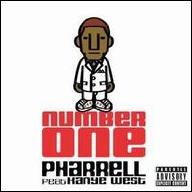 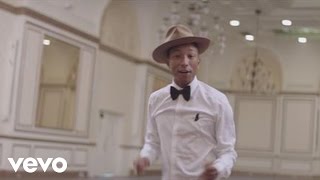 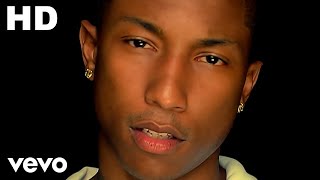 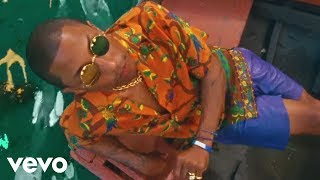 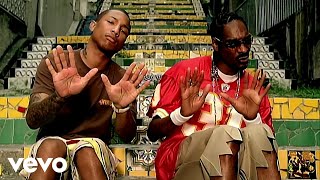 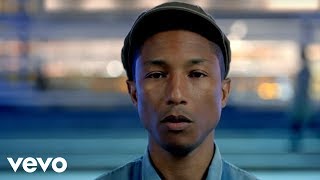 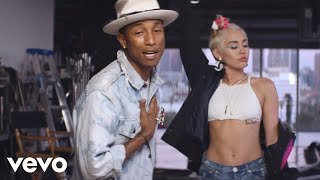 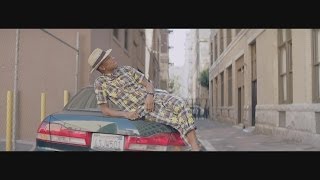