Close
The Neptunes
from Virginia Beach, VA
formed January 1, 1996 (age 26)
Biography
Whether measured by sales, radio airplay, critical reception, awards, influence, or endurance, the Neptunes are one of the all-time most successful production teams. Heirs to pioneers of bare-knuckled rap and pop-flavored electronic R&B, from Larry Smith and Rick Rubin to Jimmy Jam and Terry Lewis, and peers of fellow Virginians Timbaland and Missy Elliott, Pharrell Williams and Chad Hugo have set themselves apart with an ever-evolving sound that has appealed to the streets, the charts, and multiple generations of listeners. Candy-coated, animatedly funky, and often powered by beats that can be replicated with fists pounding a cafeteria table, their work is instantly identifiable, and further distinguished by Williams' voice, a frequent secondary element that has often blurred the distinction between duettist and hype man with bumptious rhymes and falsetto hooks. Having tasted the Top Ten for the first time with Mase's "Lookin' at Me" (1998), the duo repeatedly hit the upper tier of the Hot 100 in the ensuing years with Nelly's "Hot in Herre" (2002), Justin Timberlake's "Rock Your Body" (2003), Kelis' "Milkshake" (2003), and Snoop Dogg's "Drop It Like It's Hot" (2004) only scratching the surface of their early output. At the same time, they launched the pigeonhole-evading N.E.R.D., topped the Billboard 200 with The Neptunes Present...Clones, and won a Grammy for Producer of the Year, Non-Classical. After more triumphs with the likes of Snoop Dogg, Gwen Stefani, and Madonna, they were listed at the top of Billboard's Producer of the Decade list for the 2000s. Williams and Hugo diversified and thrived separately and together in the 2010s, as a younger artists like Kendrick Lamar, Frank Ocean, and the Internet championed and drew from their foundational recordings and sought them out for collaborations. The duo started their fourth decade in 2020 by entering the Songwriters Hall of Fame.

Williams and Hugo met at seventh grade band camp in their native Virginia Beach, and continued together in marching band. Outside school, Williams recorded with DJ Timmy Tim and Melvin Barcliff, later known as Timbaland and Magoo, in the Native Tongues-inspired rap group S.B.I. (Surrounded by Idiots). Around the same time, Williams and Hugo, along with Sheldon Shay Haley and Mike Etheridge, formed a more R&B-oriented act called the Neptunes. They performed in a talent show held at Princess Anne High School, where three of the four members were students. (Hugo attended nearby Kempsville.) The event was sponsored by new jack swing architect and Guy member Teddy Riley, who operated a recording studio near the campus. Impressed by the Neptunes, the producer signed them to a development deal after they graduated. Williams was the first one to benefit from the convergence. He worked with Riley and Riley's brother Markell to co-write Wreckx-N-Effect's "Rump Shaker," a number two Hot 100 hit in 1992, and the next year he was heard on the Riley-produced "Human Nature" remix of SWV's "Right Here." Hugo officially entered the frame with contributions to the self-titled 1994 platinum album by Riley's Blackstreet, and with Williams co-wrote "Tonight's the Night."

Mike Etheridge, aka Mike E., branched out with his own work for Blackstreet and later recorded Riley-produced solo material for Capitol. Shay Haley would eventually reconnect with Williams and Hugo, who continued under the Neptunes name. It wasn't until 1996, in the liner notes for albums by Total and SWV, that Williams and Hugo were formally credited as such. "Use Your Heart," a tender slow jam off SWV's New Beginning, became the Neptunes' first true hit as a production team, reaching number 22 on the Hot 100 and number six on the R&B/hip-hop chart. The distinct Neptunes sound reached full bloom two years later with Mase's "Lookin' at Me" and N.O.R.E. (aka Noreaga)'s "Superthug," singles that peaked respectively within the Top Ten and Top 40. Williams stepped to the fore on the latter by providing the amusing intro and secondary vocal. "Superthug" also featured vocals from Kelis, who assisted the Neptunes' next Top 40 hit in 1999, Ol' Dirty Bastard's "Got Your Money," and took the spotlight toward the end of the year with Kelis' Kaleidoscope, produced exclusively by the Neptunes and featuring "Caught Out There," a Top Ten R&B/hip-hop single.

As they honed a flexible and distinct style that was identifiable and as mimicked as that of the prominent Timbaland and Missy Elliott -- the latter yet another Virginian -- the Neptunes were now among the most prolific and desired producers in R&B, rap, and pop. Williams and Hugo were particularly hot during the first few years of the 2000s, during which they conducted a bombardment on the Top 40. Mystikal's "Shake Ya Ass" (number 13), Ludacris' "Southern Hospitality" (number 23), Jay-Z's "I Just Wanna Love U (Give It 2 Me)" (number 11), Ray J's "Wait a Minute" (number 30), *NSYNC's "Girlfriend" (number five), Britney Spears' "I'm a Slave 4 U" (number 27), and Usher's "U Don't Have to Call" (number three) all landed in 2000 and 2001. In 2002, the Neptunes topped the Hot 100 for the first time with Nelly's "Hot in Here," and regularly crossed the Top 40 and cracked the Top Ten during the rest of 2002 and 2003 with N.O.R.E.'s "Nothin'" (number ten), Clipse's "Grindin'" (number 30), Snoop Dogg's "Beautiful" (number six), Jay-Z's "Excuse Me Miss" (number eight) and "Change Clothes" (number ten), LL Cool J's "Luv U Better" (number four), Justin Timberlake's "Rock Your Body" (number five), and Kelis' "Milkshake" (number three). These hits account for a small percentage of the Neptunes' handiwork from the period. And while they were responsible for some unavoidable smashes, their admirers ranged across the musical firmament, exemplified in part by their remix clients, a select crop that included Sade, Garbage, Daft Punk, and Air.

Concurrent with their rise, Williams and Hugo established the major-label joint venture Star Trak, a boutique outlet for N.E.R.D., their categorization-defying side project with Shay Haley, and a sequence of signees including Clipse, Kelis, Slim Thug, and Robin Thicke. After debuting N.E.R.D. with versions of In Search Of... released in 2001 and 2002, the duo topped the Billboard 200 in 2003 with a production showcase entitled The Neptunes Present...Clones, featuring tracks headlined by assorted Star Trak artists and the likes of Busta Rhymes and Ol' Dirty Bastard. The compilation's number five pop hit "Frontin'," featuring Jay-Z, effectively launched Williams as a solo act. As producers of "Hot in Herre," the Neptunes had been acknowledged by the Recording Academy when Nellyville, its parent LP, was nominated for a Grammy in the category of Album of the Year, but the duo were showered with accolades at the next ceremony, the 46th Annual Grammy Awards, in early 2004. They were behind recordings nominated for Best Rap Song ("Beautiful" and "Excuse Me Miss") and Best Rap/Sung Collaboration ("Frontin'"). Timberlake's Justified, over half of which was produced by Williams and Hugo, was up for Album of the Year and took the award for Best Pop Vocal Album. Most significantly, the Neptunes rose above a field of candidates that included major inspirations Jimmy Jam and Terry Lewis to win Producer of the Year, Non-Classical.

The Neptunes continued to ride high as they juggled sessions with a mix of established associates, pop stars, and developing acts, and still found time for personal and less commercially minded pursuits like N.E.R.D. and deep involvement with left-field musicians such as Kenna. Moreover, the artists with whom they scored number one pop hits in 2004 and 2005 -- one an Eastside Long Beach gangsta rapper, the other an Orange County singer known for ska-pop -- could not have been more different. Snoop Dogg's "Drop It Like It's Hot," lean and booming, and Gwen Stefani's "Hollaback Girl," informed by Williams and Hugo's marching band background, also led to more Grammy nominations, including Record of the Year for the latter, amid additional nominations for N.E.R.D.'s "She Wants to Move" (from second album Fly or Die) and Mariah Carey's Neptunes-assisted The Emancipation of Mimi. The Neptunes were just as active in 2006 and 2007, credited with highlights such as Ludacris' Grammy-winning "Monkey Maker" (another number one pop hit), Stefani's "Wind It Up" (number six), the entirety of Clipse's critically praised Hell Hath No Fury (number 14 on the Billboard 200), and Jay-Z's "I Know," off the rapper's chart-topping American Gangster. Williams also hit the Top Five during this period with In My Mind, his first solo album. Amid involvement with dozens of other sessions, the Neptunes closed out the decade with a Best Dance Recording Grammy nomination as co-producers of Madonna's "Give It 2 Me," made a third N.E.R.D. album, Seeing Sounds, and put in some extensive cross-cultural work with Teriyaki Boyz, the Star Trak-issued Fast Furious soundtrack (featuring Tego Calderón and Pitbull), and Shakira (including "Did It Again," a number one hit on the dance chart).

Following the 2010 release of the Despicable Me soundtrack (featuring Williams) and N.E.R.D.'s Nothing, Williams and Hugo worked separately with increased frequency. Still early in the decade, Hugo formed Missile Command, a DJ team with Daniel Biltmore, and worked with Interpol's Paul Banks on a short-lived project called No Planes in Space. Up through 2014, Williams and Hugo factored in scattered tracks by Jay-Z and Kanye West, Pusha T, Kendrick Lamar (the title track from the landmark Good Kid, M.A.A.D. City), and Earl Sweatshirt, the latter a member of Odd Future, the L.A.-based misfit collective who had grown up devouring Neptunes and N.E.R.D. recordings. Another OF affiliate, Frank Ocean, sought out Williams to co-write and co-produce "Sweet Life" for his Grammy-winning 2012 album Channel Orange. Hugo himself contributed to another Odd Future offshoot, the Internet, co-producing the Feel Good highlight "Dontcha," and assisted one of that album's featured artists, Yuna, on the album Nocturnal. Meanwhile, Williams racked up hits with Robin Thicke, Daft Punk, and his own "Happy" (from Despicable Me 2). At the 56th Annual Grammy Awards in 2014, he took Producer of the Year, Non-Classical, and with Daft Punk was a winner in three additional categories. G I R L, his second solo album, followed later that year.

Neptunes activity started to pick up again in 2015, when N.E.R.D. provided material for the soundtrack of The SpongeBob Movie: Sponge Out of Water, and continued to accelerate when Snoop Dogg released the Top 20 album Bush, all tracks of which were either co-produced by Williams and Hugo or executed alone by the former. N.E.R.D. enjoyed their greatest level of commercial success with the 2017 single "Lemon," a rowdy collaboration with Rihanna that crashed the Top 40 and carried their fifth album, NO ONE EVER REALLY DIES. Williams and Hugo's tight affiliation with Justin Timberlake continued as they co-produced the majority of the singer's chart-topping 2018 album Man of the Woods. In 2020, the Neptunes were inducted into the Songwriters Hall of Fame, placed two tracks on Suga, the Top Ten EP by Megan Thee Stallion, and co-headlined "Pomegranate" with Deadmau5. ~ Andy Kellman, Rovi 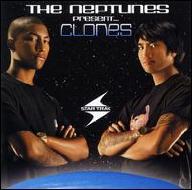 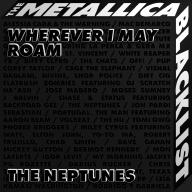 Wherever I May Roam
2021
Videos
Close 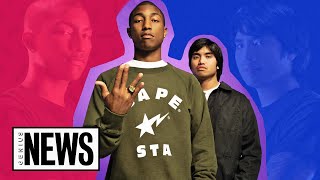 Tracing The Neptunes’ Impact: From Tyler, The Creator To JAY-Z | Genius News 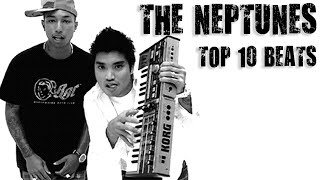 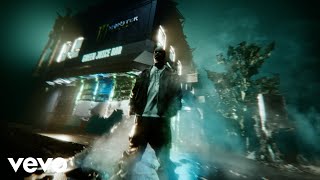 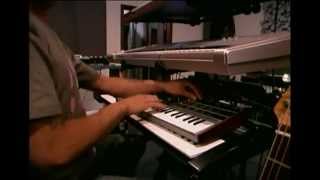 The Neptunes: In The Studio (Chad & Pharrell) 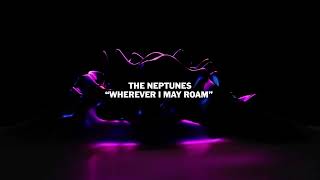 The Neptunes (feat. Metallica) – “Wherever I May Roam” from The Metallica Blacklist 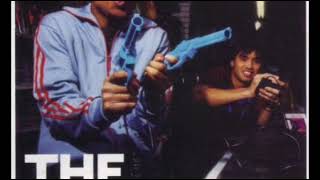 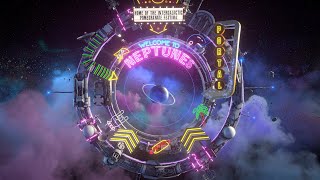