Close
Regina Carter
from Detroit, MI
August 6, 1966 (age 55)
Biography
Violinist Regina Carter is a highly original soloist whose sophisticated technique and rich, lush tone took the jazz world by pleasant surprise when she arrived in New York from her native Detroit. And jazz fans weren't the only people who heard that mercurial quality in her playing: artists as diverse as Faith Evans, Elliot Sharp, and Mary J. Blige have employed her talents on their recordings, as has filmmaker Ken Burns on his soundtrack for The Civil War. Add this to an extremely long list of jazzers who include Tom Harrell, Wynton Marsalis, and Oliver Lake. Carter began playing her instrument at age four and attended Detroit's prestigious Cass Technical High School. Upon graduating, she departed for the new England Conservatory of Music, only to return to Michigan to join the all-female jazz quartet Straight Ahead. After two recordings for the Atlantic label, Carter left the band in 1994 in search of a solo career. She had already been doing session work in the city and sought to make the move permanent. Carter found herself working with Max Roach, the String Trio of New York, and the Uptown String Quartet before recording her self-titled debut recording on Atlantic in 1995. Its mixture of R&B, pop, and jazz confused jazz fans and delighted pop critics. It sold well enough for her to record Something for Grace, which leaned in a jazz direction though it featured an R&B sheen in its production. Carter left Atlantic for Verve in 1998 and recorded two more outings under her own name, the last of which, Motor City Moments, is her finest session.

In 2001, Carter recorded a duet session with Kenny Barron that has been universally acclaimed for its lyrical qualities and stunning range of dynamics and harmonic invention. She has since released the classically influenced Paganini: After a Dream in 2003 and the American songbook album I'll Be Seeing You: A Sentimental Journey in 2006 as a tribute to her late mother. She won a MacArthur Foundation Fellowship in September of that year.

After much time spent touring and a sojourn in Africa, Carter emerged with Reverse Thread in 2010 on the E1 imprint. The album is comprised mainly of African folk tunes from countries as diverse as Mali, Uganda, and Senegal, among others. Her sidemen on this recording include accordionists Will Holshouser and Gary Versace, guitarist Adam Rogers, acoustic bassist Chris Lightcap, electric bassist Mamadou Ba, kora master Yocouba Sissoko, and drummer Alvester Garnett. Using many of the same musicians, Carter furthered her investigation of earlier musics on Southern Comfort, which explored in detail as well as in concept the roots of American music. It was released in March of 2014. 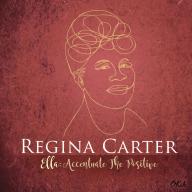 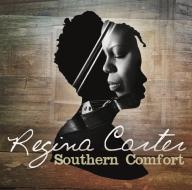 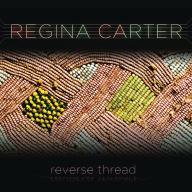 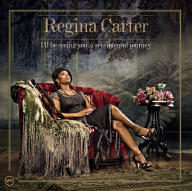 I'll Be Seeing You: A Sentimental Journey
2006 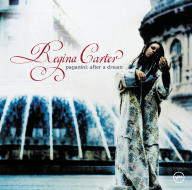 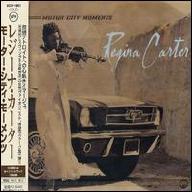 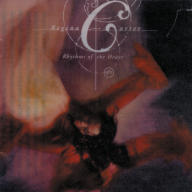 Rhythms Of The Heart
1999
Videos
Close 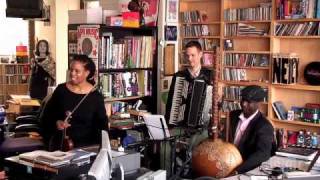 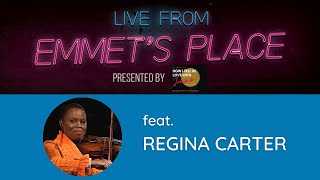 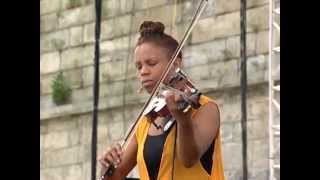 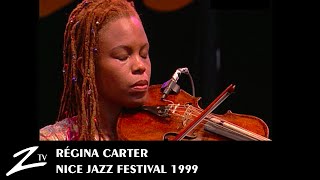 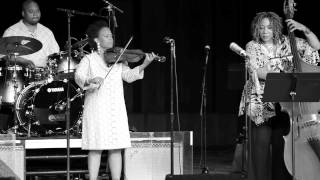 REGINA CARTER "I'll BE SEEING YOU" 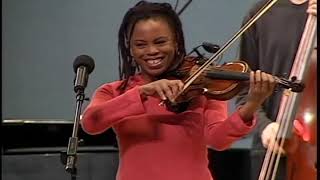 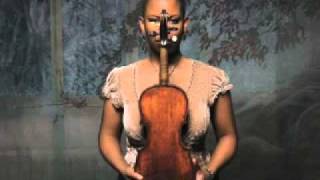