Close
Jools Holland
from Blackheath Concert Hall, London, England
January 24, 1958 (age 63)
Biography
Depending on who you talk to, the irrepressible Jools Holland is best known as a blisteringly energetic, piano-pounding performer of boogie-woogie, jazz, and R&B or as the keyboard-wizard sideman to one of the great new wave pop bands of the '70s and '80s; or as one of the U.K.'s most popular television presenters. And while any one of these accomplishments would be enough for most people, Jools Holland has managed to be all those things in his remarkable show biz career -- a career that's seen him work with almost everybody who's anybody on the U.K. or U.S. music scene from the late '70s onward.

Julian Miles Holland was born on January 24, 1958, in London. Even as a young boy, he showed a flair for the piano, learning the rudiments of boogie-woogie piano from an uncle at the age of eight. And though never possessed of a classic singing voice, young Jools quickly learned to adapt his somewhat reedy, nasal tone into an enthusiastic, cockney-ish singing style that complemented his rollicking, joyous piano playing perfectly. By his teens, he was playing for pay in clubs and pubs in South London and in London's East End. Then in 1974, while still only 16, Holland became the keyboardist for the original lineup of Squeeze, who released their first record in 1977 (the EP Packet of Three), and their first full-length album the following year. Almost immediately, the band vaulted into the upper reaches of the U.K. charts with the new wave hits "Take Me I'm Yours" and "Bang Bang" (both 1978), both of which were penned by Squeeze leaders Chris Difford and Glenn Tilbrook.

That same year, Holland released his solo debut, a 7" five-song EP called Boogie Woogie '78, which showcased his penchant for boogie-woogie, R&B, and jazz far more effectively than any of Squeeze's much more pop-oriented recordings. However, Holland stayed with Squeeze through 1980, playing keyboards on a series of classic Difford- and Tilbrook-composed hit singles, including "Cool for Cats," "Up the Junction," "Another Nail in My Heart," and "Pulling Mussels (From the Shell)" (in which he laid down a memorable piano solo). Holland's occasional contributions as a composer/frontman for Squeeze were limited exclusively to B-sides or album tracks.

Finally, in 1980 Holland announced that he was leaving Squeeze on amicable terms for a full-time solo career. He emerged in 1981 as leader of Jools Holland His Millionaires, a guitar-less sextet that included Jools on "lead vocals, keys and good ideas," as well as Pino Palladino (bass), Martin T. Deegan (drums), Mike Paice (sax), and the Fabulous Wealthy Tarts (Kim Lesley and Maz Roberts) on backing vocals. Their lone self-titled album, however, was a flop, despite production by Glyn Johns (the Rolling Stones, the Eagles, the Who, etc.) and lyrical help from Squeeze's Chris Difford. Soon after the album's release, the Millionaires disbanded, although Jools would continue to work with all of them individually throughout the rest of his solo career.

For the next few years, Holland then busied himself musically with session work for the likes of the The, and with a couple of U.K. solo singles that were eventually collected as part of the excellent U.S.-only release Jools Holland Meets Rock-a-Boogie Billy (1984). Perhaps more importantly, though, around this time Holland also secured a job as host of the seminal British music series The Tube, which presented both established stars and cutting-edge musical acts every week. A critical and popular success from the word go, The Tube made the effervescent, enthusiastic South Londoner a household name in Great Britain, and introduced a lot of great music to the rest of the world.

Then, unexpectedly, Squeeze stalwarts Difford and Tilbrook decided to re-form their band in 1985, and asked Holland to return. (Squeeze had continued for two years after Holland's departure before packing it in at the end of 1982.) Holland accepted, and by the end of 1985, a new Squeeze record called Cosi Fan Tutti Frutti was in the shops, featuring the keyboards of "Julian Holland" (as he then billed himself). For the next five years, TV personality Holland was again largely a sideman on Squeeze's records, although his piano was unquestionably a vital component in the poppy, vaguely Beatlesque mid-'80s Squeeze sound. It was during this phase of their career that Squeeze had their biggest U.S. success, the Top 20 "Hourglass," and Holland got to play Madison Square Garden with his bandmates. His musical success in the U.S. was also at least partly responsible for helping Holland to land a gig as the co-host of NBC's Night Music, a live-in-the-studio jazz, blues, and pop music program that had a strong cult following for the few years it was on the air. It later became the blueprint for such popular music shows as Sessions at West 54th.

However, by 1990, Holland was still only being given the occasional album track in which to showcase his prodigious talents, so he once again left Squeeze on amicable terms to resume his solo career. That year, he reclaimed the first name "Jools" and released World of His Own, which mixed up his boogie-woogie with more contemporary sounds and featured contributions from all of his Squeeze bandmates, as well as all of the ex-Millionaires and his celebrity pal Sting. In 1991, the more overtly swing/R&B-themed The Full Complement followed. These albums sold respectably, but generated no hit singles: from this point on, Holland increasingly became (in the U.K. at least) a television personality who also happened to make records, rather than a recording star who also happened to be on television. And while his recording career could hardly be called stagnant, his television career really took off starting in 1992, when he began hosting Later with Jools Holland. This long-running late-night music show featured a dazzling array of musical talent (absolutely everyone from Tori Amos to David Bowie to Rickie Lee Jones to B.B. King to the Verve showed up at one point or another), and it was required viewing for any Brit with even the vaguest pretensions toward musical hipness.

Perhaps to keep from spreading himself too thin, for the next little while Holland (as a musician) released albums that concentrated solely on his keyboard playing. These included The A to Z Geographer's Guide to the Piano (1992) and Solo Piano (1994). Also, Holland compiled three CDs that traced the history of different styles of piano playing: Boogie Woogie Piano, Ragtime Piano, and Solo Piano (all 1995). He also continued to work diligently as a session musician throughout the '90s, appearing on dozens of recordings by artists such as Dr. John, Eddi Reader, Marcella Detroit, and others.

By the mid-'90s, however, Holland's fame as a television presenter (and his consequent list of celebrity contacts), coupled with his well-earned reputation for top-notch musicianship, meant that he had the clout to tour with (and record big-budget albums with) a full-scale '40s-style big band. Increasingly as the years went by, these albums would also feature big-name guest vocalists. They ran the gamut from swing to boogie-woogie to jump blues to jazz, were credited to Jools Holland His Rhythm Blues Orchestra, and included Live Performance (1994), Sex Jazz Rock Roll (1996), and Lift the Lid (1997), on which Sam Brown is the featured vocalist on several numbers. In 1998, a Best of Jools Holland compilation appeared, with selections from all of his '90s albums.

Not slowing down at all as one century led into another (he was still touring constantly throughout the U.K., performing an average of two big-band shows a week as well as hosting Later), Jools then released Sunset Over London in 1999, which featured guest turns by Jamiroquai and actor Robbie Coltrane, followed by Hop the Wag in 2000. In 2001, the U.S.-based Valley label issued a compilation of tracks from all of Jools' various big-band swing albums called, not unreasonably, The Swing Album; it was his first stateside release in over a decade.

Later that same year, Holland led his big band through an all-star album that featured contributions from Steve Winwood, Paul Weller, Sting, Dr. John, Mark Knopfler, and many, many others. Called Small World Big Band in the U.K. and Jools Holland's Big Band Rhythm Blues in the U.S., the record quickly gained attention for containing the last-ever song and performance from George Harrison, who died shortly after the album's U.K. release. In the U.S., the record came out in early 2002 to generally positive reviews, although the focus of most of the initial critical attention was on Harrison, not Holland. Ignoring the splash the record made in the U.S., for the rest of the year Jools continued to tour in his native U.K. while making frequent radio and television appearances.

The new millennium found Holland issuing at least one significant album each year and continuing his collaborative projects with the Small World Big Band. Small World Big Band, Vol. 2: More Friends was released in 2002, followed by Small World Big Band Friends, Vol. 3: Jack o the Green in 2003. In 2004, Holland collaborated with the legendary Tom Jones (on Tom Jones Jools Holland) but quickly returned to the "everyone's welcome" big band with two albums in 2005, Beatroute and Swinging the Blues Dancing the Ska. For 2006, Holland tackled classic country with his big band and issued Moving Out to the Country, which featured an eclectic mix of artists, from Mark Knopfler to Marc Almond. Best of Friends hit shelves in 2007 and was followed by yet another collaboration (this time with British soul singer Ruby Turner), 2008's The Informer. That same year, a hits anthology was issued (The Collection).

Over the next few years, Holland remained a staple of British music thanks to his BBC show and he continued to record regularly. He had a new album called Rockinghorse in 2010; two years later, the star-studded Golden Age of Song appeared just in time for the Christmas season. In 2014, Holland released Sirens of Song, an album of collaborations with a different female singer featured on every track, which included Kylie Minogue, Amy Winehouse, Joss Stone, and Eartha Kitt, to name just a few. Also featured on this release was the Jamaican soul singer Ruby Turner, who had been a part of the Rhythm Blues Orchestra since its origins in the early '90s. They came together once again in 2015 for Jools Ruby, a joint effort that also celebrated the 20th anniversary of Jools Holland on Warner Music. Holland returned in 2016 with a project that explored his long relationship with the piano. The aptly titled Piano featured eight original compositions and ten pieces by composers he admired. The collection also included a contribution from Brian Eno, who provided backing vocals for the final track. Holland continued his track record of collaborative albums; in 2017 he teamed up with Jose Feliciano for As You See Me Now, and in 2018 Marc Almond (with whom he had toured on-and-off for several years) on A Lovely Life to Live. ~ Rudyard Kennedy & J. Scott McClintock, Rovi 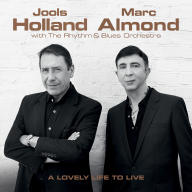 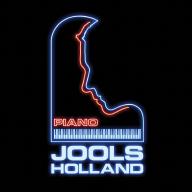 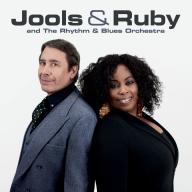 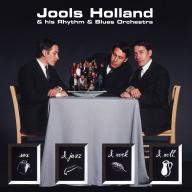 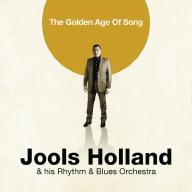 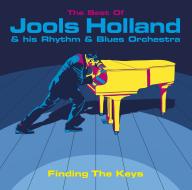 Finding the Keys: The Best of Jools Holland
2011 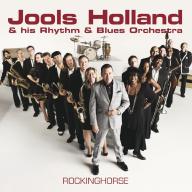 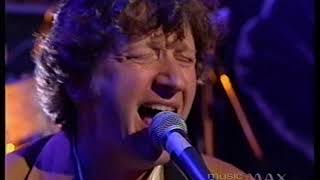 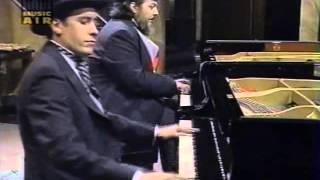 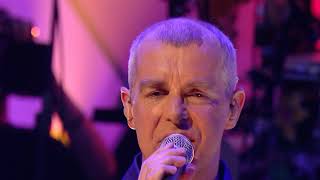 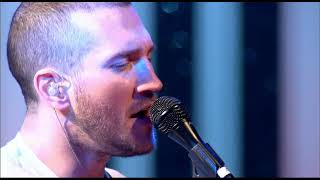 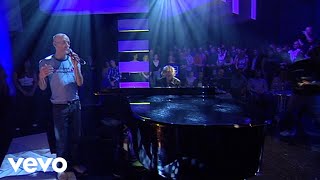 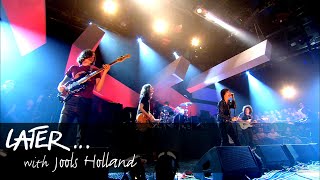 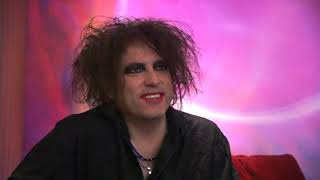