The Philadelphia Orchestra was founded in 1900. Fritz Scheel was appointed the ensemble's first music director and served until his death in 1907. In its earliest years, the orchestra could not boast the exalted reputation it would develop just two decades later, but it did manage to attract some notable figures, including Richard Strauss, who guest-conducted, and Artur Rubinstein, who appeared as a soloist in 1906. Scheel was succeeded by Carl Pohlig, a Mahler protégé. In 1912, the orchestra management appointed the young and then-obscure conductor Leopold Stokowski to be the music director. By 1920, the orchestra had become widely recognized as the finest in the U.S. and among the greatest in the world. Stokowski had transformed a merely talented ensemble into a world-class orchestra in less than a decade. He attracted the leading artists of the day and regularly conducted transcriptions of his devising (often with the aid of Lucien Caillet) of works by Bach and others. More importantly, he led the Philadelphia Orchestra in numerous recordings in the 1920s and '30s for RCA, far outpacing most other conductors and orchestras of that period in this endeavor. Also under Stokowski, the orchestra became the first to have its own radio broadcast underwritten by commercial sponsors and to perform on a movie soundtrack, The Big Broadcast of 1937. Stokowski and the Philadelphia Orchestra were also featured on Disney's 1940 film Fantasia. Among Stokowski's innovations in the playing style of the orchestra was the introduction of "free bowing" for the string players, which resulted in a lusher, fuller sound.

In 1938, the management appointed a new music director, Eugene Ormandy, who had become the assistant conductor in 1936. Stokowski still led performances and made recordings with the orchestra until 1940. Ormandy dispensed with Stokowski's "free bowing," and many have claimed, fashioned an even greater collective virtuosity from his players. The leading musicians of the mid-20th century regularly played and recorded with the Philadelphia Orchestra, including Rachmaninov, Horowitz, Van Cliburn, Szigeti, and Oistrakh. Ormandy and the Philadelphia Orchestra continued to make recordings with RCA in the beginning of his tenure but switched to Columbia in the 1940s. However, they would return to RCA in 1968. For both labels, they made recordings mainly from the standard repertory and its fringes, paying particular attention to the works of Rachmaninov, Tchaikovsky, and Prokofiev. They also played and recorded a fair amount of American music, including works by Copland, Harris, Piston, and Gershwin.

Ormandy selected as his successor Riccardo Muti, who became music director in 1980. Muti also made a large number of recordings during his ten years in Philadelphia, including a well-received cycle of Beethoven symphonies for EMI. Some view the Muti years negatively, but overall the orchestra maintained its generally high reputation. Wolfgang Sawallisch was appointed music director in 1993 and served in that capacity until 2003. The orchestra continued recording for EMI under Sawallisch until 1996. Among the recordings with Sawallisch is a cycle of Schumann symphonies. He was named conductor laureate following the end of his directorship, holding the post until his death in 2013. He was succeeded as music director by Christoph Eschenbach in 2003, who served until 2008. Charles Dutoit took the position of chief conductor and artistic director from 2008 until 2012, during which time the orchestra searched for its next music director. In 2008, Dutoit invited Yannick Nézet-Séguin to guest-conduct the orchestra, and in 2010, Nézet-Séguin was named the music director designate. He began his tenure as music director in 2012, and in 2017, his contract was extended through the 2025-2026 season.

The Philadelphia Orchestra, under Cristian Macelaru, won a 2020 Grammy Award for the Decca album Wynton Marsalis: Violin Concerto; Fiddle Dance Suite, with Nicola Benedetti as the soloist. In 2020, Nézet-Séguin led the orchestra on a Deutsche Grammophon recording of Mahler's Symphony No. 8. ~ Robert Cummings & Keith Finke, Rovi 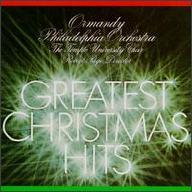 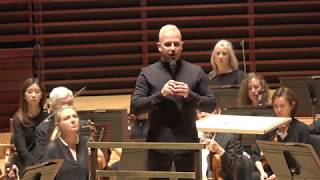 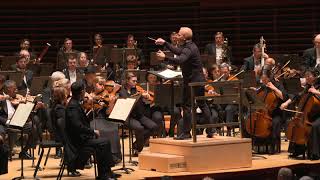 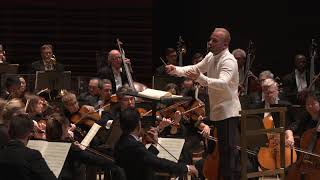 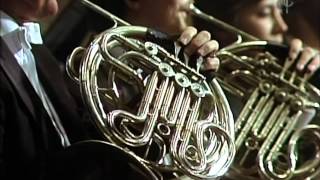 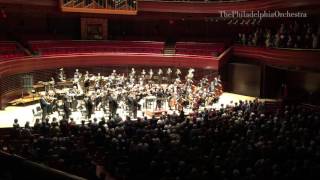 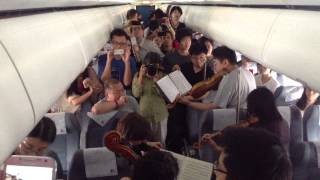 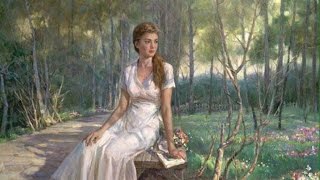