Close
They Might Be Giants
from Brooklyn, NY
formed January 1, 1982 (age 39)
Biography
Combining infectious melodies, a witty sense of humor, and a vaguely avant-garde aesthetic borrowed from the New York post-punk underground, They Might Be Giants reinvented themselves throughout their career. Musically, John Flansburgh and John Linnell borrowed from everywhere, but this eclecticism was enhanced by their arcane sensibilities. The duo referenced everything from the British Invasion to Tin Pan Alley while making allusions to pulp fiction and President Polk. Through their string of indie releases and constant touring, They Might Be Giants built up a huge following on college campuses during the late '80s, switching to a major label in the early '90s. With support from MTV, 1990's Flood became a gold album, and with it, the duo reaped commercial rewards, gaining the status of one of the most popular alternative bands before grunge. Though the group retreated to its cult following in the mid-'90s, when an avalanche of post-grunge groups dominated MTV and modern rock radio, the 2000s and 2010s found them thriving, with well-received forays into children's music and soundtracks, as well as acclaimed albums for their adult fans.

Flansburgh and Linnell met when they were children in Lincoln, Massachusetts. During high school, they began writing songs together, but they never officially formed a band. Both Johns went to college after high school, with Linnell playing in the Mundanes, a new wave group from Rhode Island. By 1981, the pair had reunited, deciding to move to Brooklyn to pursue a musical career. Taking their name from a George C. Scott film and performing their original material with a drum machine, They Might Be Giants soon became fixtures on the Manhattan underground. Although Flansburgh and Linnell were building a cult following, they had a hard time getting a record deal, so they set up Dial-A-Song -- a phone line that played songs on an answering machine -- as a way to get their songs heard. The gimmick worked. Not only did it lead to a deal with the indie label Bar/None, but over the years it was a successful venture; at one point, the service was receiving hundreds of calls a day.

They Might Be Giants released their eponymous debut in 1986, and the album became a college radio hit; it also made waves on MTV due to the inventive video for "Don't Let's Start." Two years later, they released Lincoln, which expanded their following considerably. Featuring the college hit "Ana Ng," Lincoln climbed to number 89 on the charts, earning the attention of major labels. They Might Be Giants signed with Elektra Records in 1990, releasing Flood later that year. Flood worked its way to gold status, thanks to the singles "Birdhouse in Your Soul" and "Istanbul (Not Constantinople)," which both had popular videos. In the wake of the group's success, Restless/Bar/None released the B-sides and rarities compilation Miscellaneous T in 1991.

Apollo 18, released in 1992, consolidated the group's cult following. For the album's supporting tour, They Might Be Giants performed with a full backing band for the first time, hiring former Pere Ubu bassist Tony Maimone and drummer Brian Doherty. The shift toward a full band coincided with the dominance of grunge in alternative rock and was reflected on 1994's John Henry, which was followed by 1996's Factory Showroom. The live album Severe Tire Damage followed two years later.

They Might Be Giants maintained their prolific work ethic, releasing Mink Car, an album boasting collaborations with M. Doughty, Adam Schlesinger, and the Elegant Too, in 2001. They celebrated their 20th anniversary in summer 2002 with the release of their first children's album, No! Rhino also celebrated the band's tenure with the first-ever They Might Be Giants retrospective, Dial-A-Song: 20 Years of They Might Be Giants. A year later, Flansburgh and Linnell joined Canadian artist Marcel Dzama for the children's book and CD set Bed, Bed, Bed. The Indestructible Object EP arrived in spring 2004, just a few months before the band's eighth full-length album, The Spine. Early in 2005, Here Come the ABCs and its accompanying DVD were the band's first releases for Disney Sound. Later that year, They Got Lost arrived.

During the next two years, They Might Be Giants released a series of monthly and bimonthly podcasts. They also contributed to various film soundtracks, including Disney's Meet the Robinsons and the film adaptation of Neil Gaiman's Coraline. The band's 14th studio release, The Else, hit stores in the summer of 2007. Here Come the 123's, the sequel to Here Come the ABC's, appeared in early 2008. Later that year, the CD/DVD set Venue Songs, which featured appearances by actor/comedian John Hodgman, was released. Here Comes Science, which featured songs about paleontology, astronomy, and chemistry, and included a DVD with animated versions of "the Johns" and videos by Divya Srinivasan, Tiny Inventions, David Cowles, Hine Mizushima, and Feel Good Anyway, arrived in 2009. Two years later, They Might Be Giants put their children's music on hold and released Join Us, the band's first "adult" album in four years. Soon after finishing the Join Us tour, they began work on their 16th album, Nanobots, a song cycle that featured several small songs akin to the "Fingertips" tracks on Apollo 18, which hit the shelves in 2013. In 2014, they took a look back at their independent years with Idlewild, a compilation named for their own label that collected some of their favorite songs from that era.

The band also took a break from its formidable touring schedule to work on three new albums. In December 2014, They Might Be Giants relaunched Dial-A-Song -- which had ceased its original run in 2006 -- with the goal of releasing one new song a week through the end of 2015. Several of these songs appeared on Glean, which arrived in April 2015 and was followed by the children's album Why? that November. In March 2016, the band issued Phone Power, the third album compiled from Dial-A-Song. For their 20th album, I Like Fun, They Might Be Giants worked with co-producer and mixer Patrick Dillett at New York City's Reservoir Studios, a space that used to be the studio where they recorded Flood. I Like Fun appeared in early 2018, and the band also released tracks via Dial-A-Song throughout the year. Later that December the band issued My Murdered Remains, which featured tracks compiled from both the 2015 and 2018 iterations of Dial-A-Song. ~ Stephen Thomas Erlewine, Rovi 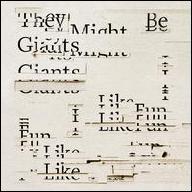 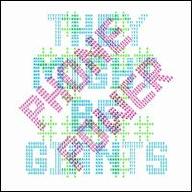 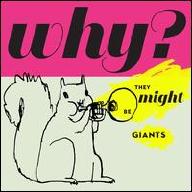 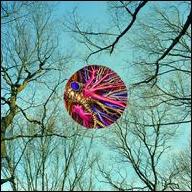 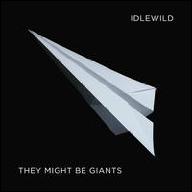 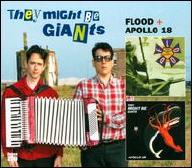 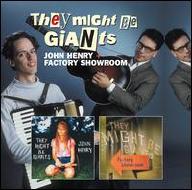 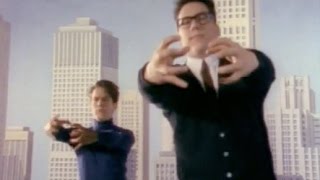 BIRDHOUSE IN YOUR SOUL - THEY MIGHT BE GIANTS ( Complete Original Video ) 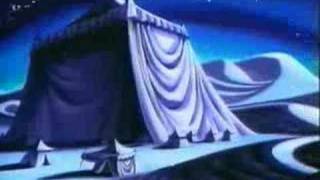 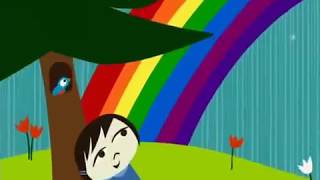 They Might Be Giants - Roy G Biv (official TMBG video) 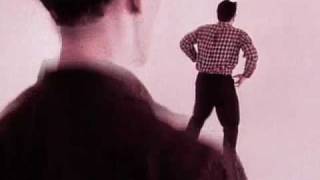 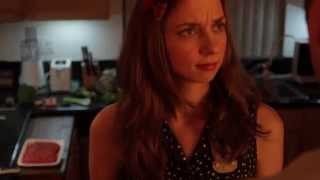 You're On Fire - They Might Be Giants (Official Video) 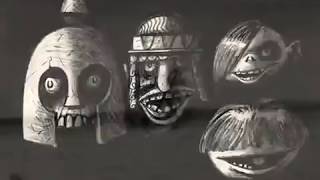 They Might Be Giants - The Mesopotamians (official TMBG video) 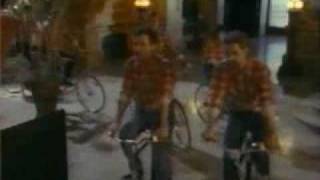 They Might be Giants-Birdhouse In Your Soul
Available here: