Close
The Merseybeats
from Liverpool, England
formed January 1, 1961 (age 60)
Biography
One of the strongest and more versatile groups to emerge from the Merseyside beat music scene in the 1960s, the Merseybeats were saddled with a truly unremarkable name but made up for it in talent. Led by guitarist and singer Tony Crane and bassist and singer Billy Kinsley, the Merseybeats excelled at ballads while also playing energetic rock & roll and rhythm & blues with equal skill, and Crane and Kinsley's harmonies were a standout regardless of the tempo. Unlike their friends the Beatles, the Merseybeats never enjoyed success in the United States, but they had their share of hits in England, and continued to entertain on the cabaret circuit decades after their glory days. The band's full recorded legacy (as well as that of their later incarnation the Merseys) can be heard on the 2021 collection I Stand Accused: The Complete Merseybeats Merseys Sixties Recordings.

The Merseybeats began in Liverpool, England in 1961, when fifteen-year-old Tony Crane was introduced to fourteen-year-old Billy Kinsley by a mutual friend. They shared a love of beat music, and when the two got together to work out some songs, they quickly discovered they could do Everly Brothers-style harmonies with ease. Eager to form a group, Kinsley learned to play bass guitar, and they recruited rhythm guitarist David Elias and drummer Frank Sloane. First dubbing themselves the Mavericks and then the Pacifics, they caught the attention of Bob Wooler, the booking agent at the fabled Liverpool venue the Cavern Club. Wooler liked the band but didn't care for the name, and when they were booked onto a bill by Wooler, they discovered he'd taken it upon himself to change their name to the Merseybeats, after the local music paper Mersey Beat. While they were initially nonplussed with the new name, they became more comfortable with it when they became one of the most popular groups in the area, often playing alongside the Beatles, who befriended the younger band and whose manager Brian Epstein briefly took an interest in the band. When drummer Pete Best was fired by the Beatles shortly before they cut their first single for Parlophone, Epstein attempted to placate him by making him the new frontman of the Merseybeats. The notion didn't appeal to either Best or the Merseybeats, and was soon forgotten.

In 1962, David Elias and Frank Sloane dropped out of the band, and guitarist Aaron Williams and drummer John Banks soon took their place. By the year's end, Mersey Beat had named them one of the ten best bands in the Liverpool area, and in early 1963, they appeared on a compilation of area bands called This Is Merseybeat, Vol. 1. In June of 1963, the Merseybeats laned a record deal with Fontana Records, and their debut single, "It's Love That Really Counts," was a success, peaking at Number 24 on the British Pop chart. Their second disc, "I Think of You," was plugged by their old pals the Beatles on the pop music show Juke Box Jury, and their endorsement helped it make the Top Five in February 1964. While the band was selling records and playing good paying engagements, little of the money was making its way to the musicians, which Billy Kinsley believed was due to their manager shortchanging them. Kinsley responded by leaving the Merseybeats, and Johnny Gustafson, a veteran of the band the Big Three, took over on bass and vocals. Gustafson urged the group to write more original material, and with Tony Crane he began penning many of the band's B-sides. By the end of 1964, Fontana had released an album on the band -- simply titled The Merseybeats -- and in 1965, Fontana's American branch issued "I Think Of You" in the United States, their first Stateside release. The label flew the band to the United States for a brief East Coast promotional tour, but none of their American releases clicked, and by the end of 1965, Johnny Gustafson was fired by the group's management, supposedly for asking too many questions about their finances. Tony Crane responded by breaking up the Merseybeats.

In the immediate wake of the end of the Merseybeats, Tony Crane reunited with Billy Kinsley, and launched a vocal duo they called the Merseys. Fontana opted to maintain their relationship with Crane and Kinsley, and their first single as the Merseys, "Sorrow" (recorded with a session band that included Jack Bruce and John Paul Jones), was a major hit, topping out at Number 4 on the U.K. singles charts. The Merseys headed out on tour with a band called the Fruit Eating Bears serving as their backing band; the guitarist, Joey Molland, would go on to become an international star with Badfinger. By this time, Kit Lambert, who was managing the Who, also took on the Merseys as clients, and he spirited away Pete Townshend's "So Sad About Us" for the group to record as their second single. (John Lennon had offered to produce a cover of the Beatles' "I'll Be Back" for the Merseys, but Lambert nixed the proposal in favor of the Townshend tune.) The Merseys toured as the Who's opening act, and in early 1967, they were added to the bill of a package tour headlined by American soul stars the Four Tops. Increasingly disappointed with Kit Lambert -- who they felt was spending too much time on the Who while the Merseys' records were failing to chart -- Crane and Kinsley fired him and finally signed on as part of Brian Epstein's stable of talent. Less than a month later, Epstein died, which did little to help the group's prospects or morale. After a pair of 1968 singles came and went with little notice, Crane and Kinsley brought out one final single under the group name Crackers, "Honey Do" b/w "It Happens All The Time," before retiring the banner the Merseys.

Around the time of the Crackers single, Crane and Kinsley's manager was successfully booking them on the cabaret circuit as the Merseybeats, but Kinsley grew tired of revisiting their old hits and left the act. He worked as a session bassist on several early Apple Records projects, and later formed the band Liverpool Express. Crane continued to lead various lineups of the Merseybeats, and the group's reputation got a boost in 1973 when David Bowie recorded a cover of "Sorrow" for his album Pin Ups that would become a hit single in its own right. Seven years later, Elvis Costello would tip his hat to the Merseybeats with a fiery performance of their song "I Stand Accused" on his album Get Happy!! In 1993, Kinsley rejoined the Merseybeats, and they successfully worked the nostalgia circuit in England and Europe for many years. In 2021, Grapefruit Records issued I Stand Accused: The Complete Merseybeats Merseys Sixties Recordings, which collected the full catalog of both groups in a two-CD set. ~ Mark Deming, Rovi 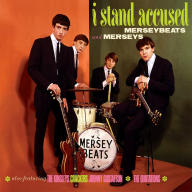 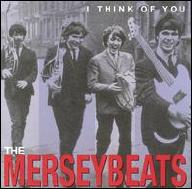 I Think of You: The Complete Recordings
2002 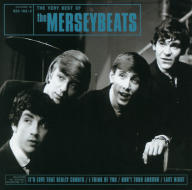 The Very Best Of The Merseybeats
1997 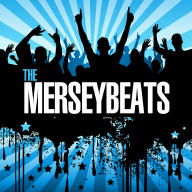 The Merseybeats Live At The NME Poll Winners Concert, 1964 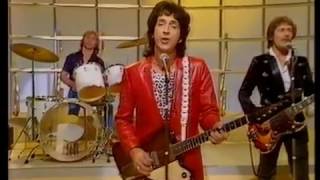 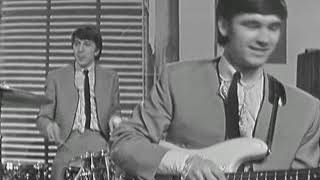 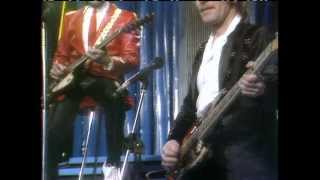 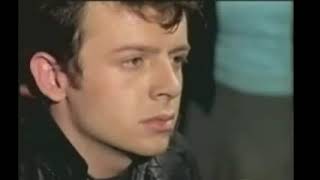 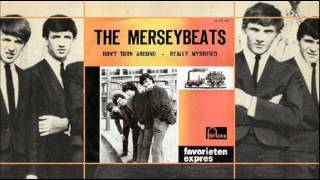 Don't Turn Around - The Merseybeats 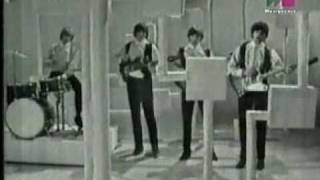