Close
Johnny Mandel
from New York, NY
November 23, 1925 - June 29, 2020 (age 94)
Biography
Celebrated for his swinging, coolly sophisticated jazz style, Johnny Mandel built upon his early years as a big-band trumpeter and trombonist, emerging as a major film composer and arranger in Hollywood from the late '50s onward. Like his contemporaries Michel Legrand, Lalo Schifrin, Burt Bacharach, and Henry Mancini, Mandel helped define the sound of Hollywood film soundtracks in the '60s, '70s, and '80s, weaving together orchestral jazz, traditional pop, mood music, adult contemporary, and small group jazz improvisation into his own distinctive and lyrical sound. He earned a Grammy nomination for his first film score for 1958's I Want to Live! and took home both an Oscar and Grammy award for his song "The Shadow of Your Smile" from the 1965 film The Sandpiper. He also enjoyed widespread acclaim for composing the song "Suicide Is Painless," the theme from director Robert Altman's 1970 film M*A*S*H, as well as the popular and long-running TV series. Along with his continued film work, Mandel remained highly sought after in the pop world, earning accolades for working on such high-profile productions as Natalie Cole's 1991 Grammy-winning album Unforgettable: With Love, Diana Krall's 1999 Grammy-winning album When I Look in Your Eyes, Barbra Streisand's 2009 Billboard 200-topping Love Is the Answer, and Paul McCartney's 2012 standards album Kisses on the Bottom.

Mandel was born John Alfred Mandel in 1925 in Manhattan. He grew up in a Jewish family with a father who owned a garment manufacturing company and a mother who had initially wanted to be an opera singer. Around age five, Mandel's mother discovered he had perfect pitch and he was soon aking piano lessons. In 1934, at the height of the Great Depression, Mandel's family moved to Los Angeles, where his father's company ultimately went out of business. His father died two years following the loss, and Mandel's mother eventually moved the family back to Manhattan. Upon returning, Mandel started learning the trumpet and by the time he was 13 was already attempting to write his own arrangements. At the end of high school, he won a scholarship to the New York Military Academy in Cornwall-on-Hudson, where he further honed his skills studying arranging with bandleader Van Alexander. He also took gigs, even getting a chance to play in 1943 with violinist Joe Venuti. Upon graduating in 1944, he joined Billie Rogers' band. He also began playing trombone and working jobs in Boyd Raeburn's band, where he rubbed shoulders with bebop luminaries like Dizzy Gillespie and Oscar Pettiford. He eventually returned to school, attending both the Manhattan School of Music and the Juilliard School, before continuing his career playing and arranging for bandleaders like Jimmy Dorsey, Buddy Rich, Elliot Lawrence, Georgie Auld, and Chubby Jackson. It was during this period that he also started gaining attention for his compositions, writing songs like 1948's "Not Really the Blues" for Woody Herman His Second Herd, and "Hershey Bar" and "Pot Luck" for Stan Getz in the early '50s. It was also in the early '50s that he joined the Count Basie Orchestra, working closely with the pianist and bandleader for two years, during which time he supplied such compositions as "Straight Life" and "Low Life."

Settling in Los Angeles in 1953, Mandel spent a period playing bass trombone with Zoot Sims' ensemble and worked floor shows in Las Vegas before deciding to focus on his composition and arranging work. A recommendation by noted pianist/composer André Previn brought him to the attention of director Robert Wise, who hired Mandel to write the score to his 1958 drama I Want to Live!, based on the life of convicted criminal Barbara Graham (played in the film by Susan Hayward). Looking to translate his swinging, sophisticated jazz aesthetic to the big screen, Mandel enlisted baritone saxophonist Gerry Mulligan, along with a bevy of top-tier West Coast jazz musicians, including trumpeter Art Farmer, trumpeter Jack Sheldon, trombonist Frank Rosolino, reed player Bill Holman, bassist Red Mitchell, and drummer Shelly Manne. The album was a breakthrough success, earning Mandel a Grammy nomination for Best Soundtrack Album or Recording of Original Cast From a Motion Picture or Television. It also led to Mulligan and Farmer releasing a second version of the album, also titled I Want to Live.

Throughout the early '60s, Mandel balanced his work in film with writing and arranging for a bevy of name performers, including Frank Sinatra, Peggy Lee, Mel Torme, and Andy Williams. He wrote the scores for 1960's The 3rd Voice, 1961's The Lawbreakers, and 1964's The Americanization of Emily, the latter of which found him collaborating with lyricist Johnny Mercer on the title song "Emily." However, it was his score for director Vincente Minnelli's 1965 drama The Sandpiper, starring Richard Burton and Elizabeth Taylor, that again brought him marquee success. The film's main romantic theme, "The Shadow of Your Smile," written by Mandel with lyrics by Paul Francis Webster, won the 1965 Academy Award for Best Original Song and the 1966 Grammy Award for Song of the Year. On the heels of his success, Mandel collaborated with singer Tony Bennett on 1966's The Movie Song Album, arranging a number of popular film themes, including "The Shadow of Your Smile." He rounded out the decade with several other well-regarded film soundtracks, including 1966's Harper, 1967's Point Blank, 1968's Pretty Poison, and 1969's That Cold Day in the Park.

In 1970, Mandel supplied the score to director Robert Altman's Korean war comedy M*A*S*H, featuring the theme song "Suicide Is Painless," which also featured lyrics by Altman's then-14-year-old son Mike Altman. The movie earned five Oscar nominations and paved the way for a hugely popular TV series that ran from 1972 to 1983 and further established "Suicide Is Painless" as one of Mandel's most recognizable compositions. He remained an in-demand composer throughout the '70s, supplying the music for films like 1973's The Last Detail, 1975's Escape from Witch Mountain, 1976's Freaky Friday, and 1979's Being There. He again worked with singer Peggy Lee on her 1975 album Mirrors, and in 1979, wrote string arrangements for both Michael Jackson's Off the Wall and Rickie Lee Jones' eponymous debut album.

The '80s found Mandel writing the music for a number of popular films including the 1980 Chevy Chase golf comedy Caddyshack, the 1982 Paul Newman thriller The Verdict, and the 1982 murder comedy Deathtrap. He also shifted more toward studio work, winning a Grammy Award for Best Instrumental Arrangement Accompanying Vocal for the song "Velas" off Quincy Jones' 1981 album The Dude. There were also arranging dates with the Brothers Johnson, Earl Klugh, Lee Ritenour, Steely Dan, Don Felder, and more. In 1984, saxophonist Zoot Sims paid tribute to the composer with Quietly: Zoot Sims Plays Johnny Mandel.

More accolades followed for Mandel beginning with singer Natalie Cole's 1991 album Unforgettable: With Love, for which he supplied arrangements and won a Grammy Award. Another Grammy followed in 1992 for his work on singer/pianist Shirley Horn's Here's to Life. In 1993 he received an honorary doctorate of music from Berklee College of Music. Mandel also contributed to Diana Krall's Grammy-winning 1999 album When I Look in Your Eyes, Tony Bennett's 2004 album The Art of Romance, and Barbra Streisand's 2009 album Love Is the Answer.

In May 2010, he joined the Diva Jazz Orchestra and singer Ann Hampton Callaway for a celebration of his body of work with the production The Man and His Music, recorded live at Lincoln Center's Dizzy's Club Coca-Cola. That same year, the composer was honored by the National Endowment for the Arts and was inducted to the Songwriters Hall of Fame. He returned to the studio in 2012, conducting and arranging on Paul McCartney's standards album Kisses on the Bottom. A further lifetime accolade arrived in 2018 with Mandel receiving the Grammy Trustees Award. Mandel died on June 29, 2020 at the age of 94, following a heart ailment. ~ Matt Collar, Rovi 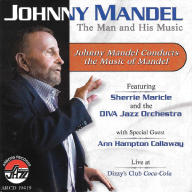 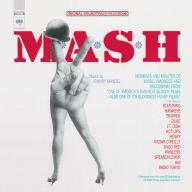 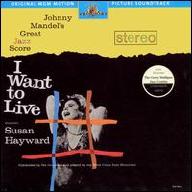 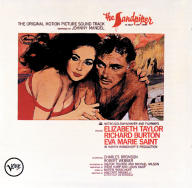 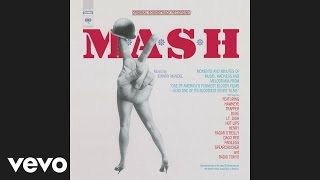 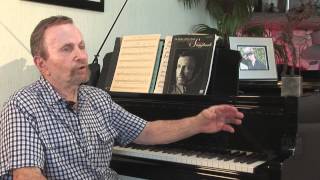 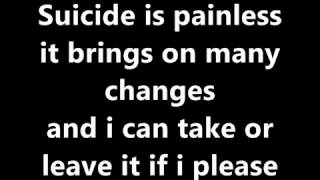 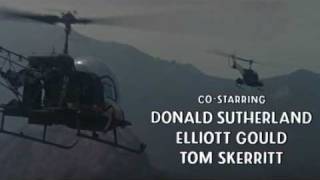 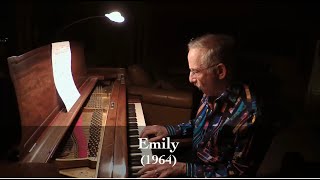 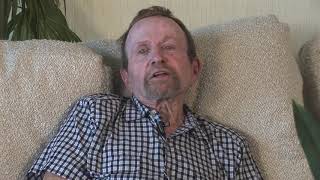 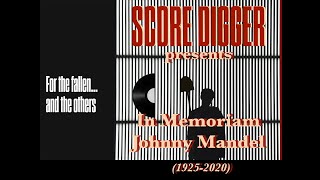 In Memoriam Johnny Mandel 1925-2020. A Tribute to a Master in Musical Poetry.
Available here: