Close
Chris Speed
from Seattle, WA
January 1, 1967 (age 55)
Biography
With his harmonically adventurous, rhythmically kinetic style, clarinetist and tenor saxophonist Chris Speed has remained a key member of the New York creative music community for over three decades. While rooted in post-bop jazz, he has regularly explored a wide array of styles, from avant-garde and free improvisation to modern classical, Eastern European folk music, funk, and more. A compelling soloist, he possesses a lovely round tone on the clarinet and his wailing tenor can be powerful at even quiet volumes. He also employs a wide range of extended techniques on both his horns, and is highly imaginative in discovering new textures and timbres to explore. Coming on the scene in the early '90s, Speed established himself as a sideman on projects with artists like Tim Berne, George Schuller, Dave Douglas, and others. As a leader, he has issued a string of forward-thinking, avant-garde-leaning albums, including 1997's Yeah No, 2000's Emit, and 2014's Really Ok. He is also a founding member of Jim Black's AlasNoAxis and John Hollenbeck's Claudia Quintet and has collaborated regularly with longtime associates drummer Ben Perowsky and keyboardist John Medeski, as on 2019's Upstream.

Born in 1967 in Seattle, Washington, Speed was first introduced to classical music in his youth. He started out on piano and clarinet before becoming interested in improvisation and the tenor saxophone during high school. He moved to Boston to attend the New England Conservatory and was soon part of the collaborative ensemble Human Feel, which in addition to Speed featured drummer Jim Black (also from Seattle), alto saxophonist Andrew D'Angelo, guitarist Kurt Rosenwinkel, and bassist Joe Fitzgerald. Speed was also a member of Orange Then Blue, the creative big band led by drummer George Schuller (son of Gunther). Two noteworthy recordings from this early period of Speed's career are Human Feel's Scatter (1992) and Orange Then Blue's While You Were Out (1994), both on the GM Recordings label.

However, Speed's greatest accomplishments would occur after he moved to New York City, beginning when he joined several pioneering bands on the so-called "downtown scene." These included Tim Berne's Bloodcount, the Dave Douglas Sextet, and Myra Melford's The Same River, Twice, critically acclaimed as three of the '90s top working bands in creative jazz and improvised music. Speed also remained a member of Human Feel, which survived its principals' move from Boston and released two CDs as a quartet minus bassist Fitzgerald in the '90s, and also reunited during the following decade to release 2007's Galore on Speed's Skirl label. (Speed also stayed with Orange Then Blue when George Schuller's ensemble shifted its base of operations to New York.) Notably, Bloodcount and Human Feel continued Speed's relationship with drummer Jim Black. Performing together in these and other subsequent downtown groups, Speed and Black were highly empathetic and strikingly like-minded collaborators in diverse musical settings.

Speed first became interested in Gypsy music during his Boston days and along with fellow Orange Then Blue alumnus Matt Darriau became a leading New York musician linking jazz and creative improvisation with Eastern European, Mediterranean, and Middle Eastern folk music. The Pachora quartet was one of Speed's primary vehicles for exploring this facet of his musical interests. In addition to Speed on clarinet, the band featured Black on dumbek, drums, and percussion as well as Brad Shepik on Portuguese guitar and electric saz and Skuli Sverrisson on electric bass. Speed demonstrated his mastery of engaging folk-flavored clarinet lines on Pachora's lively and groove-based tunes, which were rendered with a contemporary edge while retaining an old-world flavor. Pachora released three Knitting Factory Works CDs, Pachora (1997), Unn (1998), and Ast (1999), followed by a fourth album, Astereotypical, on Winter Winter (2003).

While Speed was certainly a driving force among four strong artistic personalities in Pachora, he was most definitely the man in charge of yeah NO, a quartet that arguably better displayed the range of his musical vision. Speed played both tenor saxophone and clarinet with the group, which also featured trumpeter Cuong Vu (like Speed a former Seattlite who attended the New England Conservatory and performed with Orange Then Blue). Rounding out the foursome was Sverrisson on bass and, as anticipated, Jim Black on drums. While Eastern European folk melodies and rhythms were present in the music of yeah NO, these influences were in no way treated as a stylistic limitation. Rather, the folk elements were just one part of a broader palette encompassing sharply focused and sometimes quite lyrical creative jazz compositions, four-way collective improvisations, and explorations of ambience and texture. Like Human Feel which preceded it, yeah NO often subverted the standard relationships between front line and rhythm section. Any of the four members, in any combination, would together or break apart, shift from the background to the foreground, or move from soloist to accompanist mode.

The stylistic similarities between mid-'90s Human Feel and the later yeah NO could be seen as largely attributable to the presence of Speed and Black in both bands. But it is interesting to note that the two quartets also had a link in Sverrisson; the future yeah NO bassist co-produced Human Feel's Speak to It, released by the Songlines label in 1996. Songlines also issued three CDs by Speed and the yeah NO band, the first titled simply Yeah No (1997), followed by Deviantics (1999) and Emit (2000); Swell Henry followed on the Squealer label (2004). While involved with Pachora and yeah NO, Speed also led a trio including keyboardist Jamie Saft and drummer Ben Perowsky. This often hard-swinging unit featured some of Speed's most robust clarinet and tenor work, along with incendiary Hammond organ support from Saft and splashy drumming from Perowsky. The Chris Speed Trio's Iffy, released on Knitting Factory Works in 2000, highlighted the reedman's edgy and adventurous approach along with touchstones to somewhat more traditional and mainstream elements of post-bop, soul-jazz, and groove jazz.

While busy with his solo career, Speed appeared as a sideman in groups fronted by Mark Dresser, James Emery, and Ben Perowsky. He contributed to a number of recording sessions led by Dave Douglas, appearing on such albums as the Dave Douglas Sextet's 2000 release Soul on Soul (the trumpeter's highly acclaimed Mary Lou Williams tribute CD) and the following year's ambitious Witness, both albums issued by RCA Victor. He also joined the Balkan street band-styled Slavic Soul Party!, appearing on the albums In Makedonija (Knitting Factory Works, 2002) and Bigger (Barbes Records, 2006), as well as two groups led by drummers, his longtime collaborator Jim Black's AlasNoAxis quartet and John Hollenbeck's Claudia Quintet, appearing on the AlasNoAxis albums AlasNoAxis (2000), Splay (2002), Habyor (2004), Dogs of Great Indifference (2006), and Houseplant (2009), all released by Winter Winter, and such Claudia Quintet albums as I, Claudia (2004), Semi-Formal (2005), For (2007), Royal Toast (2010), What Is the Beautiful? (2011), and September (2013), all released by Cuneiform Records.

In 2006 Speed founded the independent Skirl Records label, dedicated to documenting the work of Brooklyn artists whose music is centered on creative jazz but transcends stylistic boundaries. He appeared on a number of the label's releases (all featuring artwork by Karlssonwilker and DVD-sized digipaks), including two albums by the Clarinets, an eponymous debut (2001) and Keep on Going Like This (2011); two albums by trombonist Curtis Hasselbring's New Mellow Edwards quartet, The New Mellow Edwards (2006) and Big Choantza (2009); the aforementioned Galore by the reunited Human Feel (2007); two albums by Endangered Blood, the quartet's eponymous debut (2011) and Work Your Magic (2013); and Ruins (2014), by the duet of Speed and Italian drummer Zeno De Rossi. In 2013 Speed also appeared on another Curtis Hasselbring album, the conceptual Number Stations, released by Cuneiform and featuring Hasselbring leading a septet including members of both the New Mellow Edwards and another of the trombonist's ensembles, Decoupage.

After a decade of significant contributions to numerous collaborative endeavors, Speed stepped out with a new album as a leader, Really OK, released by Skirl in 2014. The set featured the reedman exclusively on tenor saxophone, leading a trio with Dave King (the Bad Plus, Happy Apple, Buffalo Collision) on drums and Chris Tordini (Okkyung Lee, Claudia Quintet) on acoustic bass. The album, consisting mainly of original compositions but also including the standard "All of Me," Ornette Coleman's "Round Trip," and John Coltrane's "26-2," found Speed drawing from tradition but putting his own unique spin on the classic saxophone-bass-drums trio form. In 2019, he issued the trio date, Respect for Your Toughness, with bassist Christopher Tordini and drummer Dave King. Also that year, he joined longtime collaborators drummer Ben Perowsky and organist John Medeski on Upstream. ~ Dave Lynch, Rovi 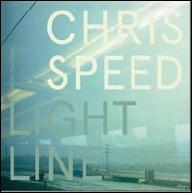 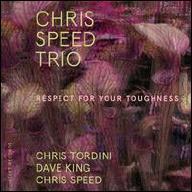 Respect for Your Toughness 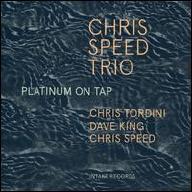 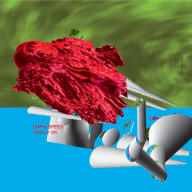 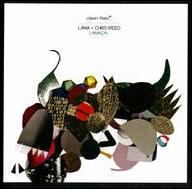 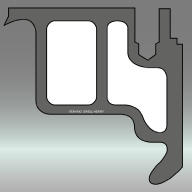 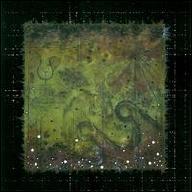 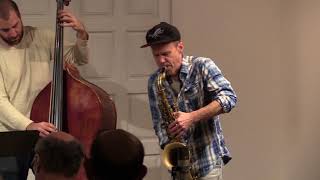 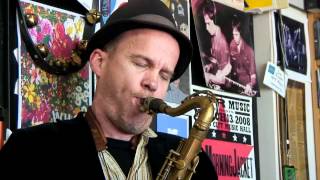 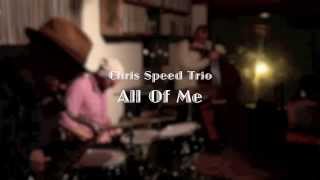 Chris Speed Trio - All Of Me 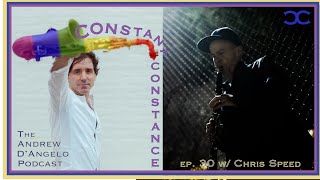 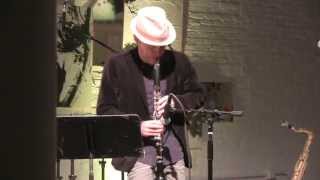 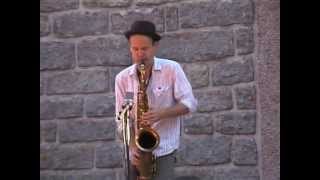 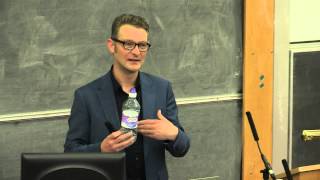