Close
Wayne Horvitz
from New York, NY
September 1, 1955 (age 66)
Biography
A stylistically wide-ranging, yet distinctive pianist and composer, Wayne Horvitz has earned accolades for his mix of jazz, post-rock, classical, and avant-garde influences. He initially came to prominence on the downtown New York scene of the '70s and '80s, working with fellow mavericks like John Zorn, Butch Morris, Bill Frisell, and others. He is an original member of Zorn's Naked City, and a co-founder, along with his wife, pianist Robin Holcomb, of the New York Composers Orchestra. Based in Seattle, he has led a variety of his own group's including the Gravitas Quartet, Zony Mash, and the Four Plus One Ensemble. His own albums, like 1987's The President, 1997's Cold Spell, and 2001's From a Window, have found him working in such varied settings as harmonically edgy post-bop, electric funk, art-rock, and earthy acoustic improvisation. A 2016 Doris Duke Performing Artist Award recipient, Horvitz has also composed for film, theater, and dance troupes, and often draws upon influences outside of music, as on 2015's Some Places Are Forever Afternoon (11 Places for Richard Hugo), which featured music inspired by the lauded Pacific Northwest poet.

Born in 1955 in New York City, Horvitz grew up in California and moved to back to New York with his family around age 12. From his earliest days he was exposed to music by a father who listened to jazz and played clarinet, and a mother who loved classical music. As a teenager, he started playing piano after discovering blues artist Otis Spann. His interest in jazz improvisation and composition grew while studying at the University of California, Santa Cruz, where he continued to practice, listening to a heady mix of Cecil Taylor, Béla Bartók, Miles Davis, Jimi Hendrix, Paul Bley, and others. Upon graduating, he moved to New York City where, by the late '70s, he had ensconced himself in the fertile downtown creative music scene. It was during this period that he met maverick saxophonist and bandleader John Zorn, and appeared on albums like 1980's Pool and 1981's Archery. There were also sessions with Peter Kuhn, Elliott Sharp, Bill Frisell, and more.

As a solo artist, Horvitz debuted with 1979's No Place Fast, an adventurous avant-garde session featuring pianist Robin Holcomb (Horvitz and Holcomb eventually married), percussionist Mark E. Miller, and saxophonists Carolyn Romberg and David Sewelson. He followed up with 1981's Some Order, Long Understood, 1986's Dinner at Eight, and 1986's Nine Below Zero, the latter of which featured his trio with cornetist Butch Morris and percussionist Bobby Previte. A year later, he regrouped several of his bandmates from Dinner at Eight for The President, an album which showcased his growing interest in combining hooky funk and rock-influenced compositions with off-kilter improvisation. Adopting the President as the band's name, he returned in 1989 with Bring Yr Camera. Also during this period he co-founded the New York Composers Orchestra with Holcomb, bringing together a heady cadre of performers, and commissioning works by such artists as Lenny Pickett, Marty Ehrlich, Anthony Braxton, and more.

By the late '80s Horvitz had relocated to Seattle, where he found a welcome home and ever-evolving community of performers. Once there, he issued albums like 1991's Miracle Mile, 1995's Miss Ann, and 1997's Cold Spell, his first album with his Zony Mash ensemble. He also paired with Reggie Watts, Eyvind Kang, Julian Priester, and Tucker Martine for 1998's 4+1 Ensemble, and contributed to recordings by Holcomb, Peter Apfelbaum, Briggan Krauss, and others. Despite the move, he continued to work closely with Zorn, appearing on Naked City's 1989 eponymous debut alongside bandmates guitarist Frisell, bassist Fred Frith, drummer Joey Baron, and vocalist Yamatsuka Eye. He was also on board the group's highly regarded follow-ups including 1990's Torture Garden, 1993's Radio, and 1994's Heretic, Jeux des Dames Cruelles.

At the turn of 21st century, Horvitz stayed active with his Zony Mash ensemble, issuing 2000's Upper Egypt. He then put together an acoustic version of the group, recording 2000's American Bandstand, 2001's Sweeter Than the Day, and 2002's Forever. There were more efforts with Holcomb, Previte, and Zorn, as well as projects with Marty Ehrlich, Tucker Martine, Vivian Linden, Thomas Marriott, and others. Also around this time, he collected his various recordings made for films on 2002's Film Music 1998-2001 for Zorn's Tzadik label. Along with his film work, Horvitz's own albums further revealed his interests beyond music, as with 2008's Joe Hill, 16 Actions for Orchestra, Voices and Soloist, featuring music drawing from the life of Swedish emigrant and activist Joe Hill, who was executed in Salt Lake City in 1914. Similarly, 2015's Some Places Are Forever Afternoon (11 Places for Richard Hugo) featured compositions inspired by legendary Pacific Northwest poet Richard Hugo.

Over the years, Horvitz has also composed for a variety of media, including theater, dance and film. Along with working closely with director Gus Van Sant on several projects, he composed music to the 1998 documentary Chihuly Over Venice, and wrote new scores to classic silent films like Charlie Chaplin's The Circus and The Cabinet of Dr. Caligari, the latter of which he premiered in 2015 at a screening at Seattle's Paramount Theatre. He has also received several grants, including two MAP grants and the NEA American Masterpiece award. In 2016, he was awarded the Doris Duke Performing Artist Award, for which he completed three works, including the electro-acoustic installations 21 Pianos and Those Who Remain, Pt. 2, and the chamber opera The Heartsong of Charging Elk, based on the novel by James Welch. In 2018, Horvitz released The Snowghost Sessions, his first trio album since the '80s, featuring bassist Geoff Harper and drummer Eric Eagle. ~ Matt Collar, Rovi 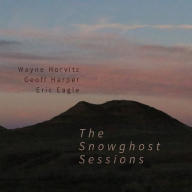 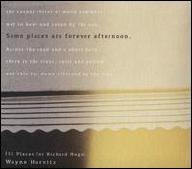 Some Places Are Forever Afternoon [11 Places For Richard Hugo]
2015 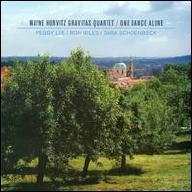 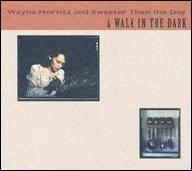 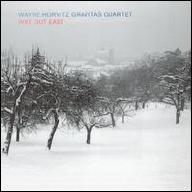 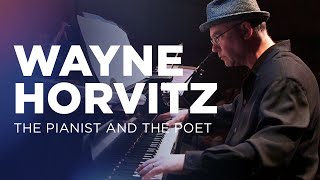 Wayne Horvitz: The Pianist And The Poet 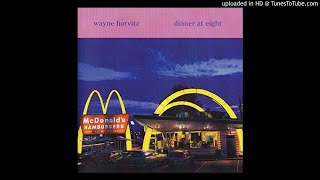 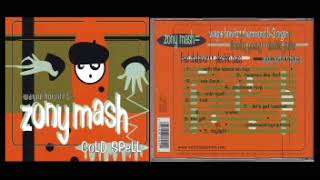 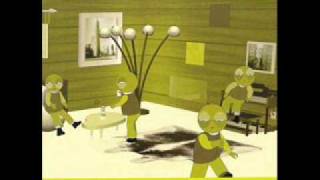 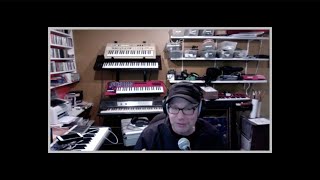 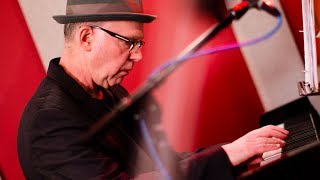 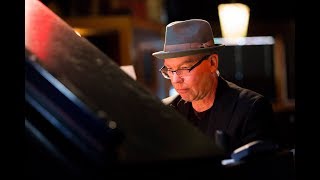