Close
Steve Aoki
from Miami, FL
November 30, 1977 (age 44)
Biography
Electronic dance producer and award-winning DJ Steve Aoki built his brand around raucous live sets, high-profile remixes and collaborations, and his indie label, Dim Mak Records. Active since the mid-'90s, his official debut album, Wonderland, received a Grammy nomination for Best Dance/Electronic Album in 2013, while subsequent releases remained a steady presence in the Top Five of the U.S. dance chart, including a pair of chart-toppers with Neon Future, Vol. 1 (2014) and Neon Future, Vol. 3 (2018). He was back in the Top 20 with Neon Future, Vol. 4 (2020). Dim Mak, founded in 1996, went on to count indie bands and electronic acts such as Gossip, Bloc Party, the Kills, Klaxons, MSTRKRFT, and Bloody Beetroots among its stable of signees. Aoki is one of the most collaborative producers around, with hundreds of features and remixes under his belt, including Top Ten dance hits for "A Light That Never Comes" featuring Linkin Park, "Just Hold On" featuring Louis Tomlinson, "All Night" featuring Lauren Jauregui, and "Waste It on Me" featuring BTS.

Born in Miami in 1977, Steven Hiroyuki Aoki grew up in California -- the Japanese-American son of former wrestler and restauranteur Rocky Aoki -- where he balanced academics, athletics, and social activism with his love of music, double-majoring at University of California, Santa Barbara while also playing secret shows from his college apartment. In 1996, Aoki took his D.I.Y. record production hobby and made it official with the formation of indie label Dim Mak Records. On the side, Aoki continued to perform in bands and solo sets.

In 2007, he released his first official compilation, Pillowface His Airplane Chronicles, on Thrive Records. Featuring tracks by Justice, Klaxons, Mystery Jets, Peaches, Datarock, Yelle, Franz Ferdinand, Bloc Party, and Scanners -- most of them remixed -- Pillowface His Airplane Chronicles represented Aoki's renown as a taste-making dance party DJ. The mix peaked in the Top Ten of the U.S. Dance chart.

In 2009, his remix work brought rapper Drake's single "Forever" to the dancefloor, while 2010 saw him release the "I'm in the House" single with Zuper Blahq, alter ego of Black Eyed Peas singer will.i.am. Further high-profile artists' material was also reworked by Aoki during this period, with tracks by Michael Jackson, the Killers, and Lenny Kravitz all benefiting, while collaborations with like-minded producers such as Armand van Helden and the Bloody Beetroots continued to appear on Dim Mak. By the end of 2011, the early fruits of sessions for his debut album had materialized as the singles "Earthquakey People" -- a collaboration with Weezer singer Rivers Cuomo -- and "Tornado," on which Aoki combined forces with the multi-award-winning Tiësto. Wonderland arrived in early 2012 and marked Aoki's first appearance on the Billboard 200. The album was later nominated for Best Dance/Electronic Album at the 2013 Grammy Awards.

In late 2012, he released his first EP, It's the End of the World as We Know It. More collaborations followed, including a single between Aoki and Linkin Park titled "A Light That Never Comes," which was expanded as an EP featuring remixes by Rick Rubin, Vicetone, and Coone. The track became Aoki's highest-charting single to date.

In 2014, he announced details of his sophomore effort, Neon Future, Vol. 1. Marketed as a two-part record, the first installment arrived later in the year, topping the Billboard Dance chart with the help of guests such as Fall Out Boy, will.i.am, and Waka Flocka Flame. Neon Future, Vol. 2 followed in 2015 with appearances from Rivers Cuomo, Snoop Dogg, and J.J. Abrams. The next year, Aoki collaborated with One Direction's Louis Tomlinson on the single "Just Hold On," which debuted at number two on the U.K. singles chart and just outside the Top 50 on the U.S. Billboard Hot 100. Aoki's fourth effort arrived in the summer of 2017. Kolony featured appearances by trap rappers Migos and Lil Yachty ("Night Call"), Gucci Mane ("Lit"), Lil Uzi Vert ("Been Balling"), and 2 Chainz ("Without You").

The next year, Aoki released the single "Azukita" with Daddy Yankee, Play N Skillz, and Elvis Crespo. He followed with a quintet of big-bass, high-energy singles -- featuring guests Hardwell, Laidback Luke, Loopers, and even his mother -- which all landed on the 5OKI EP. 2018 continued to be a busy year for Aoki, with collaborations (including "Pretender" with Lil Yachty and AJR and "Be Somebody" with Nicky Romero and Kiiara) and remixes (including the star-studded "Girls" by Rita Ora, Cardi B, Bebe Rexha, and Charli XCX) occupying much of his output. He was also featured on a pair of tracks on the record-breaking Love Yourself: Answer by K-pop group BTS, lending his talents to the ballad "The Truth Untold" and a remix of "MIC Drop."

A third BTS pairing, "Waste It on Me," was just one of many high-profile collaborations on Aoki's chart-topping Neon Future, Vol. 3. Landing at the end of 2018, the third installment in the series included appearances from blink-182, Jimmy Eat World's Jim Adkins, Lady Antebellum, Daddy Yankee, and even Bill Nye "the Science Guy." Neon Future, Vol. 4 arrived in April 2020, featuring Icona Pop, Desiigner, Monsta X, Sting, Backstreet Boys, Maluma, Travis Barker, will.i.am, Matthew Koma, Alan Walker, and Zooey Deschanel among its many guest artists. A handful of non-album singles appeared throughout 2021, including "Mambo" with Willy William, "Used to Be" with Kiiara and Wiz Khalifa, and the multicultural Anthem "Equal in the Darkness" with MAX and Jolin Tsai. ~ Jason Birchmeier & Neil Z. Yeung, Rovi 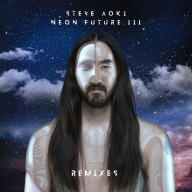 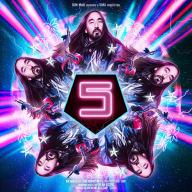 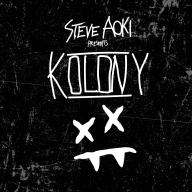 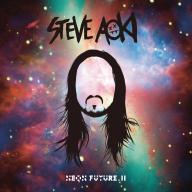 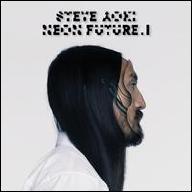 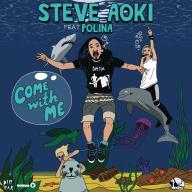 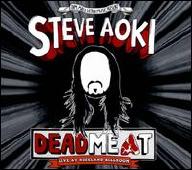 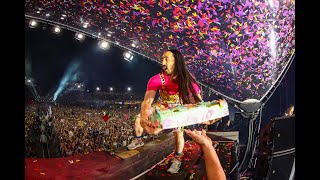 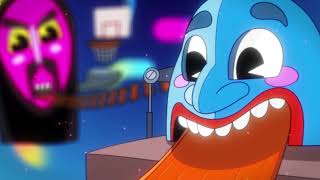 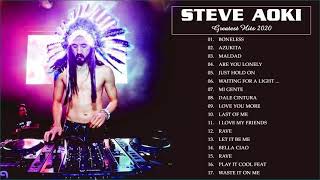 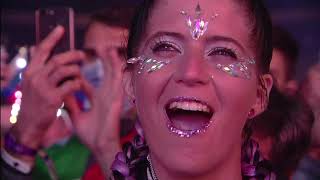 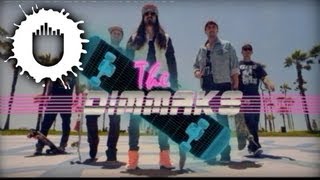 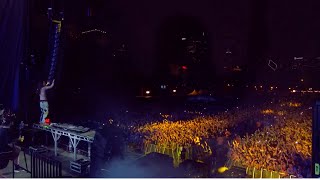 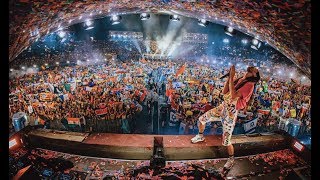