Close
Big Walter Horton
from Horn Lake, MS
April 6, 1918 - December 8, 1981 (age 63)
Biography
Big Walter Horton, sometimes known as Shakey Walter Horton, is one of the most influential blues harmonica players of all time, and a particular pioneer in the field of amplified harmonica. He isn't as widely known as his fellow Chicago blues pioneers Little Walter and Sonny Boy Williamson II, due mostly to the fact that, as a rather shy, quiet individual, he never had much taste for leading his own bands or recording sessions. But his style was utterly distinctive, marked by an enormous, horn-like tone, virtuosic single-note lines, fluid phrasing, and an expansive sense of space. Horton's amplified harp work graced sides by Muddy Waters, Jimmy Rogers, Otis Rush, Johnny Shines, Tampa Red, and many others; he was frequently cited as an inspiration by younger players, and most accounts of his life mention a testimonial from legendary bassist/songwriter Willie Dixon, who once called Horton "the best harmonica player I ever heard."

Horton was born April 6, 1918, in Horn Lake, MS, near Memphis. He began teaching himself to play the harmonica -- a gift from his father -- at age five, and moved with his mother to Memphis not long after, where he played in Handy Park (near the famed Beale Street) for tips. During his preteen years in the late '20s, he played -- and likely recorded at least a couple of sides -- with the Memphis Jug Band (as Shakey Walter); he also learned more about his craft from Will Shade, the Jug Band's main harmonica player, and Hammie Nixon, a cohort of Sleepy John Estes. Horton played wherever he could during the Depression -- dances, parties, juke joints, street corners -- and teamed up with the likes of Robert Johnson, Johnny Shines, Homesick James, and David Honeyboy Edwards, among others; he also worked as a sideman in several touring blues bands, including those of Ma Rainey and Big Joe Williams, and spent his first brief period in Chicago. In 1939, he backed guitarist Charlie Little Buddy Doyle on some sessions for Columbia. Around the same time (according to Horton himself), he began to experiment with amplifying his harmonica, which if accurate may have made him the first to do so.

However, Horton largely dropped out of music for much of the '40s, working a variety of odd jobs to make ends meet (although he reportedly gave pointers to both Little Walter and Sonny Boy Williamson II during this era). He returned to active duty in 1948, playing with the young B.B. King; the following year, he hooked up with bandleader Eddie Taylor. He recorded several sides for Sam Phillips in 1951, which were leased to Modern/RPM and credited to Mumbles (a nickname that particularly rankled Horton). The following year he recorded with longtime friend Johnny Shines, and was invited to settle permanently in Chicago by Eddie Taylor. In early 1953, not long after arriving, Horton got a chance to record and tour with Muddy Waters, since regular harpman Junior Wells had been drafted into military service. He recorded on one session which included such cuts as Flood, My Life Is Ruined, She's Alright, and Sad Sad Day. However, he was fired by year's end for breaking band commitments -- either due to excessive drinking or playing too many side gigs, depending on the account.

By that point, however, Horton had established himself as a session man at Chess Records. He also returned to Memphis in 1953 to record several more sides for Sam Phillips' Sun label, along with guitarist Jimmy DeBerry; their single Easy ranks as one of the all-time classic harmonica instrumentals, and a Horton signature tune. Horton subsequently returned to Chicago, where he continued his session work for Chess (including several more with Waters) and recorded his own Chess singles under the auspices of producer Willie Dixon. He also cut sides for Cobra, States (Hard Hearted Woman), and Jewel during the '50s (again, mostly with Dixon producing), and turned in some of his greatest performances on Chicago blues classics like Jimmy Rogers' Walking by Myself, Otis Rush's I Can't Quit You Baby, and Johnny Shines' Evening Sun.

In 1964, Horton recorded his first full-length album, The Soul of Blues Harmonica, for Chess subsidiary Argo; it was produced by Dixon and featured Buddy Guy as a sideman, though it didn't completely capture what Horton could do. Two years later, Horton contributed several cuts to Vanguard's classic compilation Chicago/The Blues/Today!, Vol. 3, which did much to establish his name on a blues circuit that was thriving anew thanks to an infusion of interest from white audiences; it also showcased his pupil Charlie Musselwhite. In addition to his own recordings, the '60s found Horton working often in Jimmy Rogers' band, and performing and recording with the likes of Johnny Shines, J.B. Hutto, Johnny Young, Big Mama Thornton, Koko Taylor, Robert Nighthawk, Sunnyland Slim, and the original version of Fleetwood Mac. Toward the end of the decade, he took on more pupils, most notably Peter Madcat Ruth and Carey Bell, the latter of whom recorded with his mentor on the 1973 Alligator LP Big Walter Horton with Carey Bell. Horton also became a regular on Willie Dixon's Blues All Stars package tours, which made their way through America and Europe over the '60s and '70s.

Despite the considerable acclaim he enjoyed from his peers, Horton never became a recording star on his own; he simply lacked the temperament to keep a band together for very long, preferring the sideman work where his shyness was less of a drawback. That, coupled with his often heavy drinking, meant that money was often scarce, and Horton kept working steadily whenever possible. After his 1973 album with Bell, he became a mainstay on the festival circuit, and often played at the open-air market on Chicago's legendary Maxwell Street, along with many other bluesmen. In 1977, he joined Muddy Waters and producer/guitarist Johnny Winter on Waters' album I'm Ready, and during the same period recorded some material for Blind Pig, which later found release as the albums Fine Cuts and Can't Keep Lovin' You. Horton appeared in the Maxwell Street scene in the 1980 film The Blues Brothers, accompanying John Lee Hooker. He died of heart failure on December 8, 1981, and was inducted into the Blues Hall of Fame the following year. ~ Steve Huey, Rovi 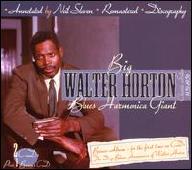 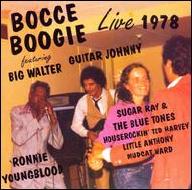 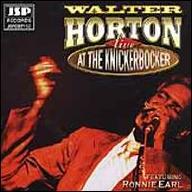 Live at the Knickerbocker
2001 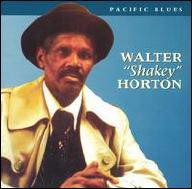 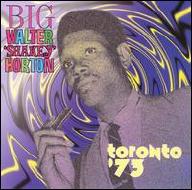 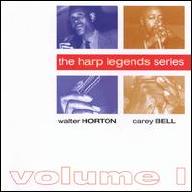 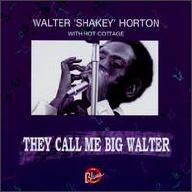 They Call Me Big Walter [with Hot Cottage]
1994
Videos
Close 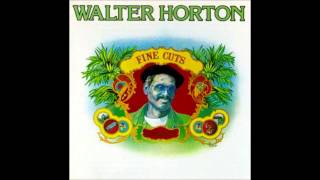 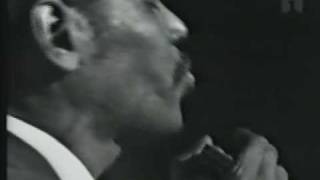 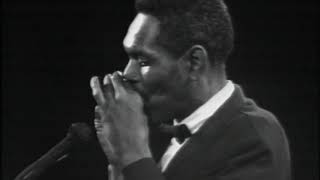 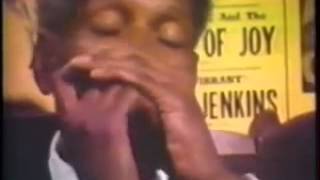 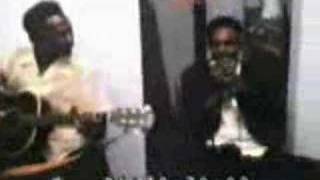 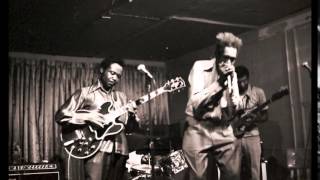 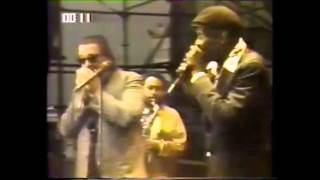