Close
Klaus Voormann
from Berlin, Germany
April 29, 1942 (age 79)
Biography
In the swirl of musicians closely associated with the Beatles -- producer George Martin, organist Billy Preston, the members of Badfinger -- one name that always stood out was that of Klaus Voormann, not just because it was a decidedly Germanic name, but also because of the varied nature of his contact with the Beatles, earlier than any of the other names on that list with the group as a whole, and with John Lennon, George Harrison, and Ringo Starr in their immediate post-group activities.

Born in Berlin, Germany, in the spring of 1942, he came of age amid the beat boom that spread across Europe -- his interests included art as well as music, and Voormann's first contact with the group predated their final lineup. He was part of Hamburg's bohemian/beat community, and involved romantically with photographer Astrid Kirchherr, who threw him over for Stu Sutcliffe, the Beatles' bassist on their first two visits to the city. Voormann had some musical training, in classical guitar, which was enough to draw him into the city's music scene, which was dominated by the Liverpool bands playing there. In 1964 he joined the Liverpool group the Eyes, succeeding Lewis Collins on bass -- an instrument he'd never previously played -- and returned with them to Liverpool. Despite their promise, the Eyes only lasted together until the beginning of 1965, but out of that group's collapse, Voormann, drummer Gibson Kemp, and lead guitarist Paddy Chambers chose to continue playing together, in a trio called Paddy, Klaus Gibson, which quickly fell into the orbit of Beatles manager Brian Epstein.

Despite Epstein's efforts, however, Paddy, Klaus Gibson never saw any major success. The contact with Epstein, coupled with his continued, now longstanding friendship with Beatles, was sufficient to get Voormann an unexpected and very visible showcase for his skills as an artist -- in 1966, he devised the distinctive cover for the Revolver album. The same year that he created the Revolver cover, Voormann also showed just how formidable he'd become on his instrument when he succeeded Jack Bruce -- one of the two or three most prominent bassists in England -- in the lineup of Manfred Mann. Voormann stayed with the band for nearly three years and played on such hits as Ha Ha Said the Clown and The Mighty Quinn, the latter a number one British hit and a Top Ten single in America in early 1968. That same year, he also designed the cover of the Bee Gees' Idea album. Manfred Mann's final split in the summer of 1969 left Voormann free to pursue other opportunities.

Voormann turned up on the John Lennon single Cold Turkey playing bass, and in the ad hoc band put together by Lennon for what became the Live Peace in Toronto performance in 1969, later issued as Lennon's first official concert release of his career. Voormann was immediately ensconced as a member of the Plastic Ono Band, often comprising a rhythm section with Ringo Starr on Lennon's records. Additionally, as a further endorsement of his talent, George Harrison used Voormann on All Things Must Pass, which became one of the most honored of post-Beatles projects by the ex-bandmembers. Voormann appearances continued on further mega-hit post-Beatles albums, including Lennon's Plastic Ono Band and Imagine, the Richard Perry-produced Ringo album by Starr, playing bass (and truly subbing for the conspicuous-by-his-absence Paul McCartney), and as part of the core band at The Concert for Bangladesh, which subsequently became an album, a concert film, laserdisc, CD, and DVD release.

Voormann had played sessions for Leon Russell's self-titled 1970 album, but after the first year of his work with Lennon, Harrison, et al., his career as a session man fairly exploded -- in 1971, he appeared on albums by Gary Wright, Howlin' Wolf, Jim Price, and Harry Nilsson, in between work with Lennon, Yoko Ono, and Harrison. The following year, in addition to Wright and Nilsson (Son of Schmilsson), Voormann worked on albums by Bobby Keys, Carly Simon (No Secrets), Lou Reed (Transformer), Peter Frampton (Wind of Change), and the Electric Sandwich. He occasionally returned to art (on the Spooky Tooth album You Broke My Heart, So I Busted Your Jaw), and worked with Jerry Lee Lewis, Chi Coltrane, Lon Derrek Van Eaton, and Nicky Hopkins (The Tin Man Was a Dreamer). Throughout the 1970s, he was on records by Simon, Nilsson, Harrison, Lennon, and Starr, and added credits with Martha Reeves, Art Garfunkel, the Cate Brothers, Keith Moon, Loudon Wainwright III, Van Dyke Parks, Geoff Muldaur, Donovan, Randy Newman, Nicolette Larson, and Long John Baldry.

Voormann was less active as a session player in the 1980s, and applied his attentions more toward art, although he did produce the German group Trio, which enjoyed a huge hit with Da Da Da, and also showed up as Von Schnitzel in Robert Altman's 1980 movie #Popeye (he'd previously appeared as a musician in the 1974 movie #Son of Dracula, starring Nilsson and Starr). During the 1990s Voormann resumed his relationship to the Beatles' work when he designed the cover for The Beatles Anthology CD, video, laserdisc, and DVD releases. He released a solo album, A Sideman's Journey, which featured guest spots by Ringo Starr, Paul McCartney, Joe Walsh, Dr. John, Bonnie Bramlett, Jim Keltner, Van Dyke Parks, Albert Lee, Don Nix, and many others, in 2009. ~ Bruce Eder, Rovi 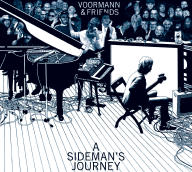 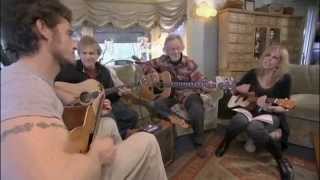 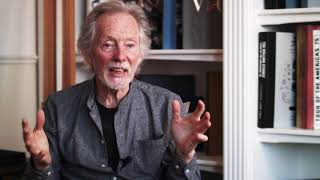 Klaus Voormann on the Making of the Beatles' Revolver Album Cover 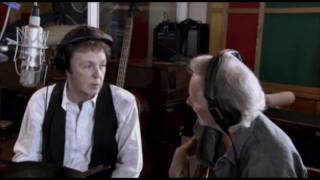 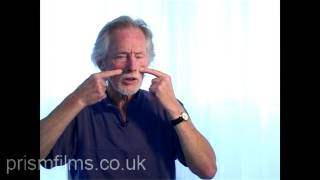 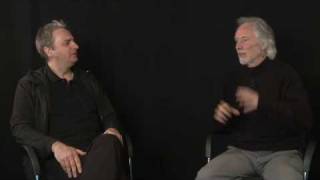 Klaus Voorman on working with the Beatles 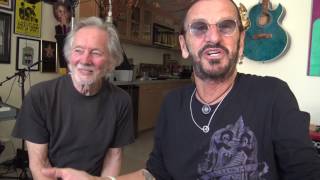 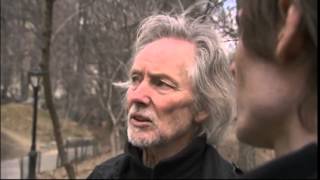 Klaus Voormann talking about his time in NYC
Available here: