Close
Mick Abrahams
from Luton, Bedfordshire, England
April 7, 1943 (age 78)
Biography
Mick Abraham's was one of the more unfortunate hard-luck stories in rock music. Best known for his work on Jethro Tull's debut album, This Was, where he played blues licks that had critics comparing him favorably to Eric Clapton, he left the group, and since then has never managed to achieve lasting success as a recording artist, or the world-class fame of his former bandmates. Leading various incarnations of his best-known band, Blodwyn Pig, he has persevered over the last quarter century, and achieved some major cult recognition, especially in England.

Abraham's joined his first band, the Crusaders, in 1964, alongside pianist Graham Waller, drummer (and Screaming Lord Sutch/Cyril Davies veteran) Carlo Little, and bassist Alex Dmochowski, all backing singer Neil Christian. Abraham's' musical hero was Alexis Korner, the man who -- with Cyril Davies -- brought blues to England. He was one of that legion of young guitarists, which included Brian Jones and Keith Richards, who found their way into music through Korner's groundbreaking work with Blues Incorporated. In 1965, Abraham's and Waller joined the Toggery Five, a septet whose members included drummer Clive Bunker. That group had a momentary brush with the record books when they cut a Mick Jagger-Keith Richards song as a failed single, but otherwise were unable to make any lasting impression.

In the summer of 1967, while playing in his next group, McGregory's Engine with Bunker, Abraham's met Ian Anderson and bassist Glenn Cornick, who were playing in a group called John Evans' Smash. After comparing notes on their shared enthusiasm for blues, they decided to form Jethro Tull. Abraham's remained with the group until November of 1968, and his guitar was very prominent in the group's sound during this period, revealing him to be one of the best among England's legions of bluesmen. Evidence of his skill, passion, and persuasiveness are all over their second single, A Song for Jeffrey, and the album This Was. Anderson's voice and flute, however, quickly challenged Abraham's for primacy, and by the fall of 1968 Anderson had won that battle; in November, Abraham's was gone.

Early in 1969, Abraham's formed his own group, Blodwyn Pig, with Jack Lancaster on saxophone, ex-McGregory's Engine member Andy Pyle on bass, and Ron Berg on drums. This was a blues band through-and-through, and even arriving on the scene in a time when London was filled with white blues players, Blodwyn Pig quickly became a critical favorite with its performances and its first album, Ahead Rings Out. Considered a classic progressive blues album, the record found a small audience in the United States, while in England it was a Top Ten album. The group's second long-player, Getting to This, released a year later, was received with enthusiasm as well, and also made the British Top Ten.

The group was riven by internal conflicts, however, as Lancaster and the other members expressed a desire to go in a somewhat different direction in their music, and for Lancaster's sax to become more prominent. Abraham's left the band in 1970, to be replaced by ex-Yes guitarist Peter Banks and guitarist/singer Larry Wallis. The group continued on under the leadership of Lancaster, although it was eventually renamed Lancaster's Bomber. Initially Abraham's formed a new group called Wommet; it was very short-lived, however, so he reorganized his career around the Mick Abraham's Band, with Walt Monaghan on bass, Bob Sargeant on guitar, keyboards and vocals, and Ritchie Dharma on drums. He released two albums on Chrysalis, Mick Abraham's and At Last, with his former Blodwyn Pig bandmate Lancaster expanding the lineup to a quintet. Neither sold very well, although Abraham's was never at a loss for paying gigs.

In 1974, Abraham's reformed Blodwyn Pig with his ex-Tull bandmate Bunker, Pyle, and Lancaster, but the group only lasted a few gigs before breaking up. Meanwhile, Abraham's virtually left the music business, but not before he recorded what proved to be his biggest selling solo album of all, an instructional record entitled Learning to Play Guitar With Mick Abraham's. He continued to play occasional shows, but made his living outside of music, working as a driver, lifeguard, and financial consultant. He seemed content to play the odd impromptu show at the local pub, or for causes that mattered to him in his home town of Dunstable.

Finally, in 1988, however, he re-formed Blodwyn Pig with Andy Pyle back in the lineup on bass, ex-Bonzo Dog Band member Dick Heckstall-Smith and Bernie Hetherington on saxes, Bruce Boardman on keyboards, and Clive Bunker on drums. The re-formed group was a success, releasing a well-received album called All Said and Done. Their 1993 lineup, including new keyboardist Dave Lennox, Mike Summerland on bass, and Graham Walker on drums, released the album Lies, Blodwyn Pig's most accomplished album ever. The group later issued a live recording from their 1993 tour (where Abraham's was reunited with Ian Anderson at one gig), entitled All Tore Down. Abraham's continues to play and record regularly, with a following in England and America with Blodwyn Pig. As of the mid-'90s, the group consisted of a quartet of Abrahams, Walker, Lennox, and Summerland, with vocalist Jackie Challenor and sax-player Nick Payne augmenting their membership in the studio. ~ Bruce Edger, Rovi 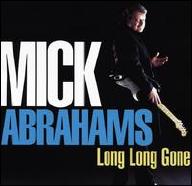 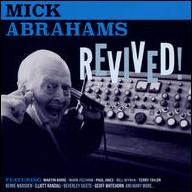 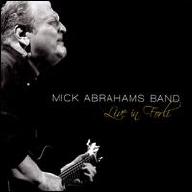 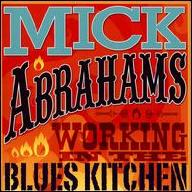 Working in the Blues Kitchen
2014 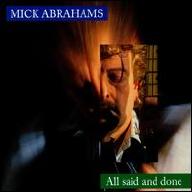 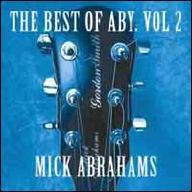 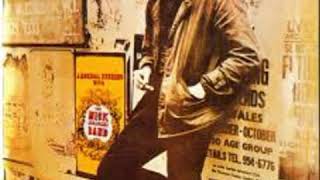 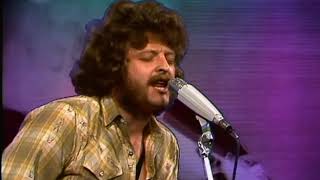 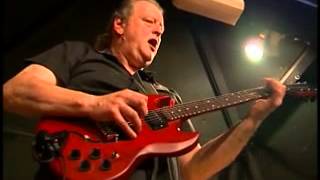 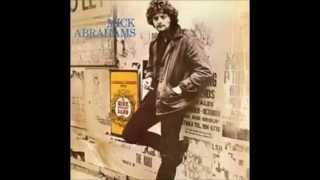 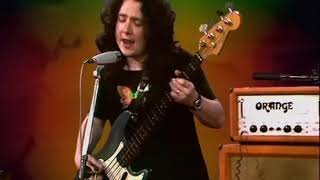 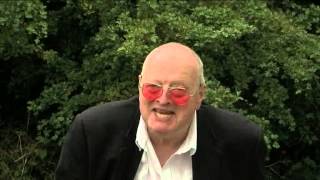 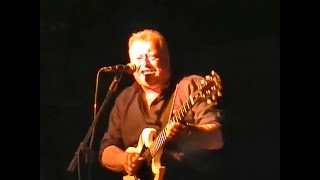