Close
Clem Cattini
from London, England
August 28, 1939 (age 82)
Biography
Clem Cattini was part of a small coterie of star musicians in early English rock & roll -- a rock & roll drummer who was well known for his playing, and able to parlay that into decades as a top session drummer. As a member of Johnny Kidd the Pirates and then the Tornados, he was one of the best-known drummers in England during the pre-Beatles era. He was born Clemente Anselmo Cattini in Stoke, Newington, London, in 1937 (some sources say 1939), and because of the onset of the Second World War he was one of hundreds of thousands of children evacuated from the city. As a boy he listened to a good deal of big-band music, and was a particularly big fan of the Latin-flavored music of bandleader Edmundo Ros, whose recordings led the young Clem to think in terms of rhythm. He played hockey as a teenager, but the injuries he suffered made him think of music as a career instead. He was swept up in the rock & roll boom in his late teens, drawn in by Bill Haley's Rock Around the Clock and the records that followed after it from America. He was a frequent habitué of the legendary 2i's Coffee Bar, among other London clubs where British rock & roll took root.

Cattini became part of the second wave of young performers in the new music, and one of the very first drummers in England to start out professionally (or semi-professionally) in rock & roll, as opposed to those, such as Tony Crombie, who changed over from jazz or dance bands. His first major break came when he joined the backing group for Terry Dene, a late-'50s British rock & roller. From there, he moved on to the Beat Boys, the house band organized by manager Larry Parnes to back his various singers, working alongside bassist Brian Gregg and keyboard man Clive Powell. He and Gregg were dismissed from the group in 1959 over a monetary dispute with Parnes. From there, he and Gregg joined Johnny Kidd the Pirates, one of the best rock & roll outfits of the period -- Cattini was on Shakin' All Over and a brace of other classics by the band. These were heady days for the Pirates, as they were selling records and making a unique sound (that soon found imitators in the guise of the Who in their early days). To those who paid attention to the musicians, through his work in the Pirates Cattini was a star drummer, in a league just a bit below Tony Meehan and Brian Bennett of the Shadows. But in 1961 he and the rest of the backing group split with Kidd.

He went along with Pirates lead guitarist Alan Caddy to become a member of Colin Hicks' backing group, the Cabin Boys, on a tour of Italy, but the two quit after six weeks and returned to England, where the drummer followed a lead, from Melody Maker, into an audition for new band being put together by producer Joe Meek. Dubbed the Tornados, the new group was put right into the top of its field as the backing band for Billy Fury. But Meek's genius in the studio quickly led them to the recording of a single -- their second -- that stormed the charts around the world: Telstar. The instrumental record topped the charts in England and, even more amazingly, in America as well, and the Tornados were in a unique position in the world of British pop/rock.

But Meek's management and production efforts, along with his finances, were always on the chaotic side, and a lawsuit -- not settled until a year after the producer's murder/suicide death in 1967 -- over Telstar froze most of the revenue generated by that single for years. Worse still, the Tornados were locked into a contract to support Billy Fury on-stage, which crippled their ability to exploit the hit single or any of its follow-ups, and Meek's tampering with the band, first by taking bassist Heinz Burt away for a chance at a solo career, didn't add to the group's stability or longevity. Cattini stayed with the group longer than any of the others, and even he was gone in two years, by 1964. Late that year, he saw a solo single, Impact b/w No Time to Think, issued on England's Decca Records label, but that was little more than a footnote to his career. Cattini was much more visible as the drummer on sessions by the Ivy League, whose music was produced by his former Terry Dene bandmate Terry Kennedy. A bit later in the decade, Cattini actually became a member of the Fruit Eating Bears, an offshoot band of the Merseybeats whose ranks also included future Badfinger guitarist Joey Molland. He also started playing on sessions regularly with Jimmy Page, Nicky Hopkins, Big Jim Sullivan, and John McLaughlin, and although he didn't know it at the time, Cattini was also on the short list of drummers that Page was considering to ask in to the lineup of Led Zeppelin, when that band was being put together in the late spring of 1968.

His session work -- which ultimately had him playing on many hundreds of singles, and thousands of recordings overall -- allowed Cattini to achieve an amazing distinction among musicians: of playing on more number one records than any other musician, 42 in all. The list of international hits graced by his playing includes not only Shakin' All Over by Johnny Kidd the Pirates but also It's Not Unusual by Tom Jones, Get It On by T. Rex, and The Sun Ain't Gonna Shine Anymore by the Walker Brothers. Known for his full, straightforward, unpretentious style, he proved a drummer of choice for sounds ranging from folk-rock to hard rock, and he even managed to turn up in such unexpected places as playing on the first album by the Amazing Blondel, working with Big Jim Sullivan. In the 1990s, Cattini also reactivated the Tornados name, which counted for enough even 30 years after the fact to keep him busy on-stage when he wasn't working in the studio. In the 21st century, he has come to be regarded as one of the most beloved figures from early British rock & roll. ~ Bruce Eder, Rovi 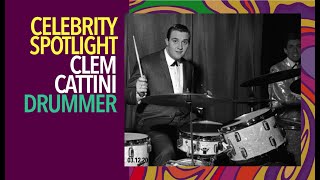 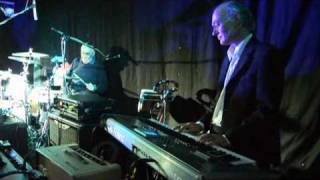 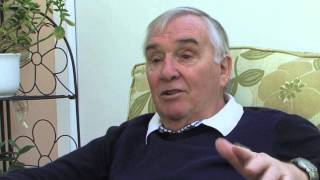 Clem Cattini mucks up Shakin' All Over 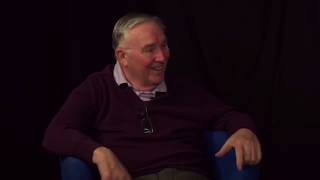 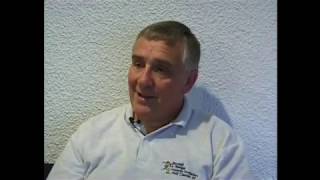 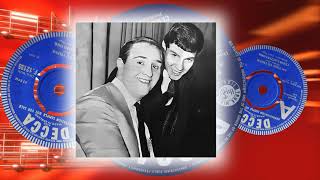 Clem Cattini - No Time To Think 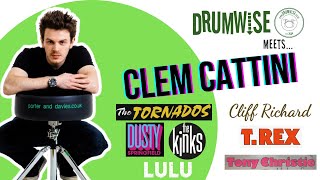