Close
Ronnie Cuber
from New York, NY
December 25, 1941 (age 79)
Biography
A powerful baritone saxophonist with a huge, deeply emotive sound, Ronnie Cuber is a highly respected New York bandleader and session musician with a decades-long career playing in the jazz, pop, and Latin scenes. Initially emerging as a gifted jazz soloist in New York in the 1960s, Cuber quickly distinguished himself playing a wide-ranging mix of hard bop and Latin jazz, including hits with Maynard Ferguson, Dr. Lonnie Smith, Lee Konitz, Eddie Palmieri, Mario Bauza, and others. He also became an in-demand session player and sideman, working with a list of marquee artists like Frank Zappa, Chaka Khan, and Billy Joel. While his 1976 debut, Cuber Libre, is an underappreciated Latin jazz classic, he has also contributed to such landmark albums as Paul Simon's Graceland, Steely Dan's Gaucho, and J.Geils Band's Freeze Frame, just to name a few. Cuber remains an active studio and touring performer while continuing to pursue his own jazz interests, playing regularly with the Mingus Big Band and releasing his own well-regarded albums such as 2009's Ronnie.

Born in 1941 and raised in Brooklyn, New York, Cuber grew up in a musical family with a mom who played piano and a dad who favored the accordion. By his teens, the gifted tenor saxophonist had grabbed the attention of noted musician and jazz educator Marshall Brown, who selected him to play with the Newport Youth Band at the Newport Jazz Festival in 1959. Around this time, Cuber switched to baritone as his main instrument, drawing upon Gerry Mulligan and Pepper Adams as influences. By the early '60s, he was working professionally, playing first with Slide Hampton, and then joining Maynard Ferguson's band for several years. It was with Ferguson that he made his recorded debut, appearing on albums like 1963's The New Sound of Maynard Ferguson, and 1965's Color Him Wild. Stints with Woody Herman and Lionel Hampton followed, as did session and gig work playing Latin music with legendary bandleaders like Eddie Palmieri, Charlie Palmieri, and Mario Bauza.

By the '70s, Cuber was recording regularly, appearing on soul-jazz sessions with George Benson, Dr. Lonnie Smith, Grant Green, and others. As a leader, he made his recorded debut on 1976's Cuber Libre!, a swaggeringly propulsive, Latin jazz date with pianist Barry Harris, bassist Sam Jones, and drummer Albert Tootie Heath. The album showcased his distinctive style, mixing an aggressive, meaty tone, with fluid, harmonically rich lines. He quickly followed-up with the more post-bop-leaning The Eleventh Day of Aquarius, which also featured trumpeter Tom Harrell. As well during the '70s, Cuber developed a fruitful relationship with saxophonist Lee Konitz, with whom he recorded several albums. He also recorded alongside R&B sax legend King Curtis. There were also notable hits with Idris Muhammad, Terumasa Hino, and more. The baritonist began branching out into pop and rock during this period, playing on Frank Zappa's Zappa in New York, and building his reputation as a reliable studio player with albums like Average White Band's Soul Searching, Chaka Khan's Chaka, Patti Austin's Havana Candy, and more.

During these years, he also continued his vibrant Latin work, appearing with Dom Um Romao, Ismael Miranda, Willie Colon, and others. Cuber's reputation as a go-to session player grew throughout the '80s as he appeared on albums by bevy of marquee artists including Aretha Franklin, Chic, and Luther Vandross. He played on Paul Simon's classic Graceland, put his R&B-experience to use on J. Geils Band's breakthrough Freeze Frame, and contributed to Steely Dan's Gaucho. He also worked with Billy Joel, appearing on albums like 1983's An Innocent Man and 1986's The Bridge. Also during this period, he appeared on television as a member of the Saturday Night Live Band. Despite his busy schedule, he found time to record his own projects, bringing all his varied experience to bear in a jazz setting on 1981's New York Jazz, 1985's Passion Fruit, and 1987's Pin Point.

Into the '90s, Cuber played regularly with the Mingus Big Band (of which he was a founding member), and furthered his long association with Dr. John, touring and arranging for the singer during the summer. In 1993, Cuber returned to his solo work with The Scene Is Clean on Milestone, a lush, string-accented, Latin-jazz session featuring organist Joey DeFrancesco, pianist Geoff Keezer, and others. He then issued handful of albums for SteepleChase, including 1994's Airplay, and 1996's In a New York Minute. He also organized an all-baritone Gerry Mulligan tribute band, and in 2000, again joined Dr. John on tour, alongside organist and longtime friend Dr. Lonnie Smith. As a leader, Cuber stayed busy for SteepleChase, issuing 2009's Ronnie, and 2012's Boplicity. In 2018, he returned with the standards-heavy Ronnie's Trio, with bassist Jay Anderson and drummer Adam Nussbaum. Four arrived in December 2019 and featured the saxophonist's quartet with guitarist Ed Cherry, Hammond B-3 player Brian Charette, and drummer Nussbaum. ~ Matt Collar, Rovi 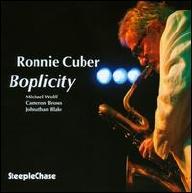 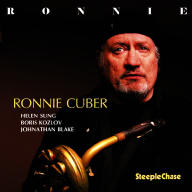 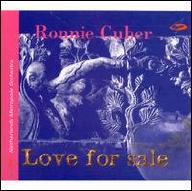 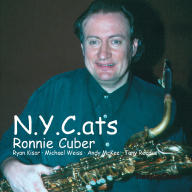 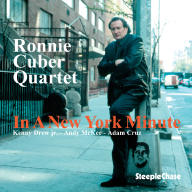 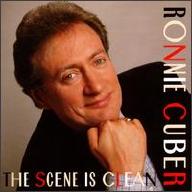 The Scene is Clean
1993
Videos
Close 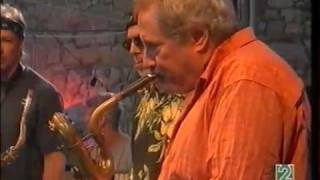 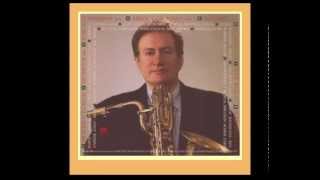 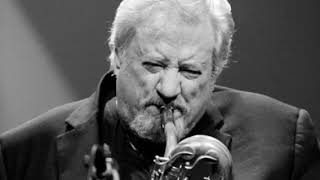 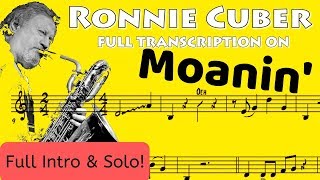 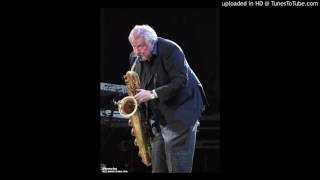 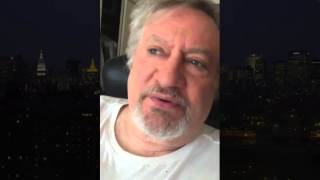 Ronnie Cuber - How I Became a Jazz Baritone Saxophonist 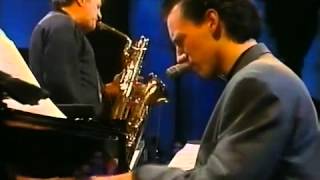