Close
Stefano Bollani
from Milan, Italy
December 5, 1972 (age 48)
Biography
Italy's Stefano Bollani is a globally renowned jazz, classical, and pop pianist and composer celebrated as much for his entertaining stage demeanor as his dazzling technical prowess. He is also an esteemed broadcaster and writer. Bollani has recorded dozens of albums as a leader in many configurations, from piano solo to big band. Mentored by Italian trumpeter Enrico Rava, he has cyclically collaborated with the elder musician since appearing on 1999's Rava Plays Rava. Bollani's earliest leader dates include a handful of albums for Italian labels, such as the acclaimed duo offering Mambo Italiano with bassist Ares Tavolazzi in 2000. In 2001, he released Les Fleurs Bleues for Label Bleu, with the American rhythm section of bassist Scott Colley and drummer Clarence Penn. His Italian trio, with Tavolazzi and drummer Walter Paoli, also issued a handful of highly regarded albums including Black and Tan Fantasy (2002), and Ma L'Amore No (2004). After working on several Rava-led ECM dates, Bollani signed to the label and issued the acclaimed Piano Solo. The pianist is also a first-call soloist in classical symphonic settings. 2008's Trio featured his Danish group with drummer and bassist Jesper Bodilsen. In 2009, he and Chick Corea released Orvieto on ECM, documenting their tour of Italy. 2011's globally acclaimed tribute Sheik Yer Zappa, for Decca, showcased his American quintet with vibraphonist Jason Adasiewicz, trombonist Josh Roseman, bassist Larry Grenadier, and drummer Jim Black. Bollani issued 2013's Joy in Spite of Everything (with Mark Turner, Bill Frisell, Lund, and Bodilsen). In 2018, he kicked off his own Alobar S.R.L. label, joining the worlds of Italian and Brazilian music on Que Bom featuring guest spots from Hamilton de Holanda, Caetano Veloso, and Joao Bosco.

Bollani was born in Milan, on December 5, 1972. He began playing piano as a child in order to accompany his singing, but soon concentrated solely on the instrument, enrolling in a conservatory in Florence when he was 11. There, he studied both jazz and pop music, and after graduating in 1993, added his keyboard skills to albums for many of Italy's top pop stars, including Laura Pausini, Irene Grandi, and Jovanotti. When working with the latter in 1996, he met avant-garde jazz trumpeter Enrico Rava, who invited the young pianist to play with him in Paris, an opportunity Bollani quickly accepted.

He then began to release more jazz albums, first with his trio (completed by bassist Ares Tavolazzi and drummer Walter Paoli) but also as a solo artist (like on 2003's Småt Småt and 2006's Piano Solo), as well as with other trios (2002's Fleurs Bleues drew from the talents of bassist Scott Colley and drummer Clarence Penn, while 2005's Gleda: Songs from Scandinavia used his trio with bassist Jesper Bodilsen and Morten Lund), and even a quintet (2006's I Visionari). Bollani has also appeared on stages at the Umbria and Montreal Jazz Festivals, among others, and has performed with musicians like Gato Barbieri, Lee Konitz, Pat Metheny, Paolo Fresu, and Phil Woods.

The pianist's ECM debut as a leader, Piano Solo, was issued in 2007. That same year, he played on Tati with drummer Paul Motian in a Rava-led trio, and in duet with the trumpeter on The Third Man. Bollani shifted gears in 2008 and led two large-group ensembles for Verve. The first was entitled Carioca, while the second was simply called Big Band! The following year, he and the trio delivered Stone in the Water for ECM. In 2010, Bollani appeared as a soloist with conductor Ricardo Chailly and the Leipzig Gewandhaus Orchester in an all-Gershwin program for Decca (Gershwin: Rhapsody in Blue; Catfish Row; Concerto in F), released in Europe that year and globally in 2011. Orvieto, his duet recording with Chick Corea, appeared on ECM in 2011 as well.

The pianist issued a slew of records in 2012 and 2013 in various settings, including two more duet offerings: a self-titled album with Italian pop singer Irene Grandi and O Que Será, a collection with Brazilian bandolim (a ten-string mandolin) player Hamilton de Holanda. Ever ambitious, Bollani reconvened his trio and enlisted guitarist Bill Frisell and saxophonist Mark Turner as guests in a diverse program of original material arranged for various groupings from quintet to duo. Joy in Spite of Everything was issued in the late summer of 2014 on ECM, followed by Arrivano Gli Alieni on Universal in 2015. The following year, he paid homage to the Italian city of Naples with Napoli Trip.

Bollani formed his own Alobar S.R.L. label to release his more adventurous work. His initial release was Que Bom in 2018, a collection of mostly original pieces based on Brazilian music styles. He employed the same rhythm section he'd used on 2008's best-selling Carioca, including bassist Jorge Helder, drummer Jurim Moreira, and percussionists Armando Marçal and Thiago da Serrinha. The set also netted guest appearances from Caetano Veloso, Hamilton de Holanda, and João Bosco, among others. The following year, he released the live offering The Music of Sasha Argov as a tribute to the late Israeli composer. It was included as a giveaway in the Sunday editions of two Italian daily newspapers.

When he was 14 years old, Bollani saw the film version of Jesus Christ Superstar. By his own estimation, he fell in love with Andrew Lloyd Webber and Tim Rice's story and their revolutionary pop/classical score. He immediately went out and bought the album that had launched the epic rock opera in 1970 and learned to play all of its parts -- orchestral and vocal. Three decades later, to celebrate the 50th anniversary of the musical's original release, Bollani returned to his youthful muse and recorded the solo tribute Piano Variations on Jesus Christ Superstar and issued it through his Alobar label in 2020. ~ Marisa Brown & Thom Jurek, Rovi 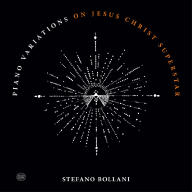 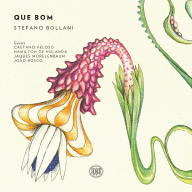 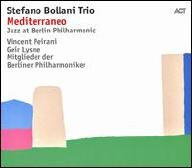 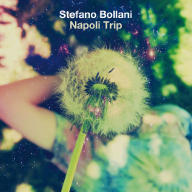 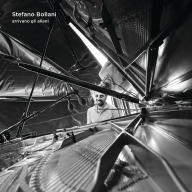 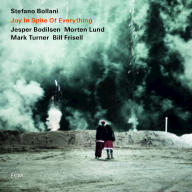 Joy In Spite Of Everything 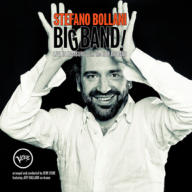 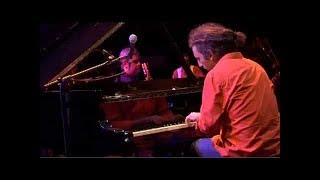 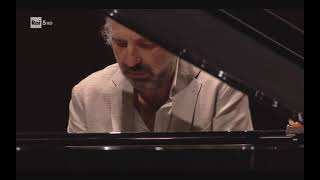 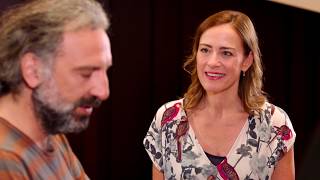 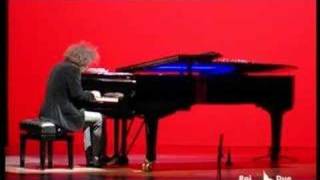 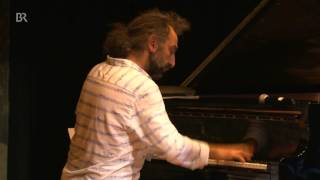