Close
Myra Melford
from Evanston, IL
January 5, 1957 (age 65)
Biography
An exploratory, virtuosic, rhythmic, and lyrical composer and improviser, pianist Myra Melford emerged in the early '90s as one of the most highly acclaimed jazz pianists of the day, and she proved deserving of the accolades as her diverse body of work -- with an often strong spiritual focus -- continued into the 21st century. Melford's work reflected her primary musical mentors/influences: on piano, Don Pullen, whose percussive mannerisms she successively adapted; and, as a composer, Henry Threadgill, with whom she studied in the mid-'80s. Early on, Melford also professed an affinity for the blues styles she heard and studied as a youth in Chicago (she grew up in nearby Evanston, Illinois), which she incorporated into her avant-garde-tinged musical sensibility. As a youth, Melford studied boogie-woogie piano with Erwin Helfer, and she later attended college at Evergreen State in Olympia, Washington, where she studied with pianist Art Lande and developed an interest in jazz. She also attended the Cornish Institute in Seattle.

In 1984 she moved to New York City, where she would play in the bands of Threadgill, violinist Leroy Jenkins, and Butch Morris, among others. She also studied privately with Pullen. In the mid- to late '80s she performed and recorded in a duo with the flutist Marion Brandis. She formed a trio with bassist Lindsey Horner and drummer Reggie Nicholson, with which she recorded a pair of albums -- Jump (1990) and Now Now (1991) -- for the Enemy label, which helped establish her reputation. Additional recognition arrived with the release of the trio's live outing Alive in the House of Saints on the Swiss HatHut label in 1993.

As the '90s progressed, Melford began to expand the textures and timbres available to her as a composer by moving toward larger groupings with diverse instrumentation, first adding trumpeter Dave Douglas and reedman Marty Ehrlich to her trio lineup, with the resultant quintet debuting as the Myra Melford Extended Ensemble on the 1995 Hatology release Even the Sounds Shine, and then forming a new five-piece, the Same River, Twice, featuring Douglas, cellist Erik Friedlander, reedman Chris Speed, and drummer Michael Sarin, all significant contributors to the decade's New York downtown jazz scene (with Friedlander, Speed, and Sarin all members of Douglas ensembles). The group's eponymous debut arrived on Gramavision in 1996, followed by the 1999 Arabesque recording Above Blue.

Meanwhile, Melford appeared as an improvisational collaborator on a pair of albums: the 1996 Hatology release Eleven Ghosts, featuring duets performed by the pianist with Dutch drummer Han Bennink; and Equal Interest, a 1999 Omnitone release by the trio of the same name, featuring Melford along with two musicians with roots in Chicago's AACM, violinist Jenkins and multi-reedist Joseph Jarman (Melford had contributed to the Jarman/Jenkins album Out of the Mist in 1997). The latter set saw Melford contributing to the trio's expansive sound palette on harmonium as well as piano.

As the 2000s dawned, Melford returned to a trio format with Crush, a band featuring her piano and harmonium supported by the drums of Kenny Wollesen and electric bass of Stomu Takeishi, the latter a member of Henry Threadgill's Make a Move and a contributor to various Melford projects over the years to come. Arabesque released the Crush album Dance Beyond the Color in 2000. The following year, the label issued Yet Can Spring, which found her exclusively on piano in a duet setting with her former Extended Ensemble bandmate Marty Ehrlich on alto saxophone, clarinet, and bass clarinet -- Melford would return to the duo format with Ehrlich on the Palmetto release Spark! in 2007.

The aforementioned Equal Interest and Crush albums revealed Melford's burgeoning skill on the harmonium (a type of portable pump organ), and in 2000 and 2001 her interest in the instrument, and in North Indian classical, devotional, and folk music, would take her to Calcutta on a Fulbright scholarship, which financed her expenses during nine months of study with harmonium virtuoso Pandit Sohanlal Sharma (who passed away in May 2012). Prior to her departure, Melford also expressed a desire to explore qawwali music with Sufi musicians during her sojourn. Upon returning to the States, Melford lived at an upstate New York ashram, and then began recording and releasing music informed by her travels and studies, beginning with the 2004 Arabesque release Where the Two Worlds Touch by Myra Melford's the Tent, inspired by the poetry of 13th century Sufi mystic Jalal al-Din Muhammad Rumi and featuring Melford on piano and harmonium along with her Crush bandmates bassist Takeishi and drummer Wollesen, former Same River, Twice member Speed on tenor saxophone and clarinet, and Cuong Vu on trumpet.

Sufi poet Rumi also inspired the music of Melford's next album, The Image of Your Body (whose title was derived from a Rumi poem), the debut release by her Be Bread ensemble recorded in December of 2003, eight months after the sessions for Where the Two Worlds Touch took place. Melford formed Be Bread expressly to play music based on her studies in India, and the group's premier recording featured Melford on piano and harmonium along with bassist Takeishi, trumpeter Vu, guitarist Brandon Ross, and drummer Elliot Humberto Kavee. The Image of Your Body was not released until 2006 by Cryptogramophone, and in the liner notes Melford described the music's "layers of simultaneous activity, not unlike life in modern-day India: a continual bombardment of the senses and a mingling of the peace of the ancient with the hustle of the present."

Between the recording and release of The Image of Your Body, Melford departed the East Coast for California in 2004, accepting a position as Associate Professor, Improvisation and Jazz, in the Department of Music at University of California, Berkeley. Her new role in academia did not signal a retreat from performance and recording, however, as she embarked on a host of new projects over the next ten years, including a return to the piano/bass/drums trio format -- but this time in a collaborative rather than leadership role -- with bassist Mark Dresser and drummer Matt Wilson in Trio M (i.e., Myra, Mark, Matt), which issued The Big Picture on Cryptogramophone in 2007 and The Guest House on Enja/Yellowbird in 2012. And Chamber Music America commissioned her composition The Whole Tree Gone, featured on the 2010 Firehouse 12 album of the same name by Be Bread, this time in a sextet lineup of Melford, Takeishi, Vu, Ross, Wilson, and clarinetist Ben Goldberg.

Melford has also continued to perform and record in duo settings, with violinist/violist Tanya Kalmanovitch on Heart Mountain (Perspicacity, 2007) and in a live recording at Berkeley's Maybeck Recital Hall with fellow pianist Satoko Fuji on Under the Water (Libra Records, 2009); in another duo project, ::Dialogue::, she collaborated with clarinetist Goldberg. And while these and other projects have included solo piano features for Melford, her first entirely solo piano album, Life Carries Me This Way, was released by the Firehouse 12 label in 2013; the album included 11 Melford compositions inspired by drawings (reproduced in the CD booklet) by Sacramento artist and family friend Don Reich, who passed away in 2010. 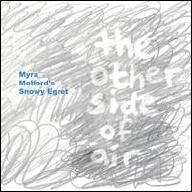 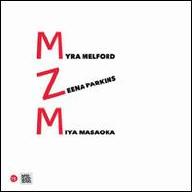 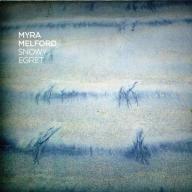 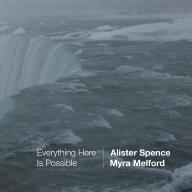 Everything Here Is Possible
2014 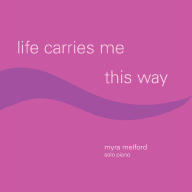 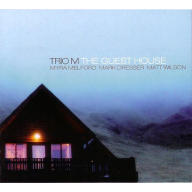 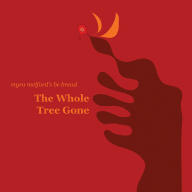 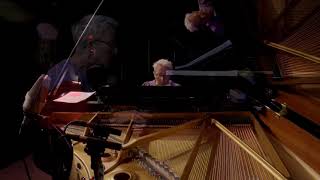 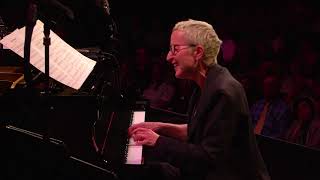 THE STRAWBERRY (from HANDUL OF KEYS) - JLCO with Wynton Marsalis ft. Myra Melford 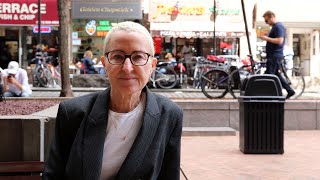 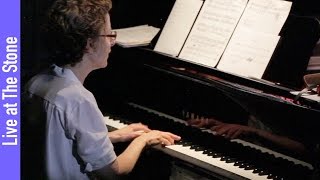 Be Bread Sextet: I See A Horizon, by Myra Melford 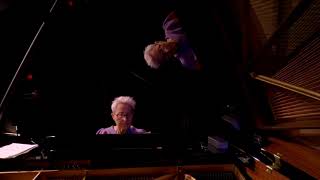 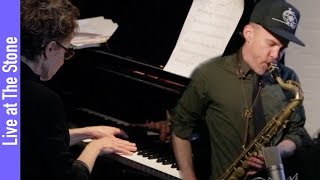