Close
Rick Hall
from Forest Grove, MS
January 31, 1932 - January 2, 2018 (age 85)
Biography
As the owner and chief producer at legendary FAME Studios in Muscle Shoals, Alabama, Rick Hall was the General Patton of the music industry in the '60s, assembling an army of talented songwriters, musicians, and producers who virtually conquered the world of soul music and gave birth to the so-called Muscle Shoals Sound. Under Hall's meticulous arranging and producing, luminaries such as Aretha Franklin, Etta James, and Wilson Pickett made what many consider their career-best recordings at FAME. And with a house rhythm section that included first-class musicians such as David Briggs, Jerry Carrigan, Felton Jarvis, and Donnie Fritts (and later Jimmy Johnson, Roger Hawkins, Spooner Oldham, Berry Beckett, and David Hood), every act in the business wanted to record at FAME. Yet the comparison to General Patton is not without reason, for Hall's renowned mistreatment of his studio musicians and dictatorial approach to producing eventually pushed artists and labels away from his studio, costing Hall many of the artists and musicians who recorded at FAME in the '60s and early '70s.

Born in 1932 in Forest Grove, Mississippi to a sharecropping father, Rick Hall never had much of a childhood. His parents divorced when he was five, and by his own admittance, his family was "at best on starvation." Quitting school in his junior year, he moved to Rockford, Illinois and went to work as an apprentice tool maker at a local factory. His fondness for playing music, which had begun while he was still in high school and a member of the Future Farmers of America string band, continued while in Rockford, and he was soon playing for tips at a local bar. In a strange twist, Hall's music career was furthered when he was drafted for the Korean War. Declaring himself a conscientious objector, he joined the honor guard of the Fourth Army, playing in a band with fiddler Gordon Terry and country star Faron Young.

When Hall settled in Alabama he resumed factory life, working for Reynolds Aluminum in Florence. But when both his new bride and his father died within a two-week period, he lost all interest in a regular job, deciding instead to drift around the area playing guitar, mandolin, and fiddle with Carmol Taylor and the Country Pals. During his travels with the Country Pals, Hall met a young saxophonist named Billy Sherrill, and the two became fast friends and writing partners. Eventually Hall quit the Country Pals and, together with Sherrill, formed the Fairlanes, a rip-roaring R&B band fronted by a young kid from Vernon, Alabama named Dan Penn.

Writing songs at a feverish pace, Hall and Sherrill, along with Penn, began driving up to the Muscle Shoals area in the late '50s, peddling songs to a music publishing company located in Florence. Soon their songs were being recorded by big names such as Roy Orbison, George Jones, and Brenda Lee, and this attracted the attention of a local eccentric named Tom Stafford, who had set up a small recording studio above his family's drug store. The studio (whose name was an acronym for Florence Alabama Music Enterprises) was, at the time, the only recording facility in the entire state, and soon every aspiring musician in the area was hanging out there. Young songwriters and musicians such as Jimmie Johnson, Spooner Oldham, and the aforementioned Dan Penn (all of whom would play an important role in Hall's later success) cut demos at the studio and sent them off to Nashville. However, it wasn't long before Hall's authoritative personality rubbed Sherrill and Stafford the wrong way, and in 1960 they gave him the boot, allowing him to keep the name and some of the publishing.

After a period of heavy drinking and depression, Hall set up another studio in the Muscle Shoals area in 1961 when Tom Stafford approached him with an artist and a song he thought had a chance to hit big. The artist was Arthur Alexander and the song was the 1961 Top 30 single "You Better Move On," which was later successfully covered by the Rolling Stones. With the money from Alexander's hit song, Hall poured the concrete for the most famous inception of FAME Studios and set upon the task of building an empire. He modeled the studio after the "cinderblock adobe shacks" he had seen in Nashville and used Dan Penn's new backing band, the Pallbearers, as his studio musicians. When an Atlanta-based manager named Bill Lowery brought the acts he represented (artists such as Joe South, Tommy Roe, and the Tams) up to Muscle Shoals, Hall's studio was in business. Roe and the Tams both scored hits, and in 1964 Jimmy Hughes scored an R&B hit with "Steal Away." Much like Jim Stewart in Memphis, Hall had originally been a country music fan, but after the established success of FAME-produced R&B artists, Hall adapted his tastes and began producing soul music for Black-owned labels such as Vee Jay.

For Hall, the success of "Steal Away" was bittersweet, as Hughes' hit gave FAME a solid reputation in the industry, but also marked the departure of his ace studio group, the Pallbearers. Unlike Jim Stewart at Stax, who had cut his studio group the MG's in on a percentage of the company, Hall treated his musicians somewhat less democratically. The members of the group -- Jerry Carrigan, David Briggs, Norbert Putnam, and Donnie Fritts -- had grown tired of watching money pour in from the hit records they had played on, but still being paid minimum union-scale wages by Hall. In late 1964, they all moved to Nashville and set up a successful studio of their own (a pattern that would become very familiar to Hall).

Though he was hurt, it didn't take Hall long to assemble a new studio group. Possibly the most famous studio rhythm section ever assembled, the group he put together as the second phase of the FAME rhythm section consisted of Roger Hawkins (drums), Jimmy Johnson (rhythm guitar), Spooner Oldham (keyboards), and David Hood (bass). After woodshedding for a few months, the new rhythm section (minus Hood, who was replaced by Junior Lowe on bass) cut its chops on the song that would turn the Muscle Shoals area into a national recording center. Recorded by a local hospital orderly named Percy Sledge, "When a Man Loves a Woman" was a number one smash in the summer of 1966, and even more importantly, the record was distributed by Atlantic, the leaders of R&B music at the time. Soon Atlantic vice-president Jerry Wexler began sending his acts down to Hall's studio in Muscle Shoals. Wilson Pickett, fresh from a disagreement with Stax, swung into town and recorded "Land of 1000 Dances" and "Mustang Sally." Both were hits, and Hall's studio was flooded with Atlantic artists as well as acts from other labels. In the process, the tight rhythm section Hall had formed, known affectionately as the Swampers, became the most sought-after studio group around.

In 1967, Wexler, believing FAME could bring out her funkiness, brought Aretha Franklin down to record. The resulting double-sided hit single "I Never Loved a Man (The Way I Love You)"/"Do Right Woman, Do Right Man," considered by many soul aficionados to be one of the greatest moments in music, seemed to be the beginning of a prosperous business agreement between FAME and Atlantic. Yet, just as Hall was about to enter a period of unlimited success, his ill temperament worked against him once more, as a drunken fight between Hall and Franklin's husband, Ted White, severed Wexler's business relationship with Hall. (It didn't stop Wexler from flying Hall's musicians up to New York, though, to complete the album.) And within a few months, organist Spooner Oldham left for Memphis; the remaining members of Hall's illustrious studio group added keyboardist Barry Beckett and formed their own largely successful studio (Muscle Shoals Sound) just up the road from their old boss.

Always a fighter, and by this time a superb producer who won Billboard's Producer of the Year award in 1971, Hall turned away from R&B, and in the '70s embarked on his most commercially successful period to date, producing pop acts like the Osmonds, Paul Anka, Tom Jones, and Liza Minnelli. And in the '80s, Hall returned to his country roots, producing hits for the Gatlin Brothers and Jerry Reed. Over the ensuing years Hall's studio remained as strong as ever, boasting a successful lineup of in-house writers who scored hits with country artists such as Reba McEntire, Blackhawk, and Tim McGraw, as well as home-grown talent in the form of the country band Shenandoah.

Rick Hall died in January 2018 at his home in Muscle Shoals at the age of 85. His tireless dedication and drive to be successful had turned a small rural outpost in northern Alabama into one of the most coveted recording areas in the country. Hall produced hit records in every genre from blues to country to pop to soul, and cultivated the talent of influential musicians and writers such as Jimmy Johnson, David Briggs, Dan Penn, and Spooner Oldham. Called pigheaded and inflexible by Jerry Wexler, Hall nevertheless remained a lasting and important figure in a business that changes with the wind. If nothing else, the list of superb artists who recorded at FAME -- Duane Allman, Otis Redding, Aretha Franklin, Lou Rawls, Jerry Lee Lewis, and Little Richard to name a few -- stands as a testimonial to Rick Hall's contribution to the music industry. ~ Steve Kurutz, Rovi 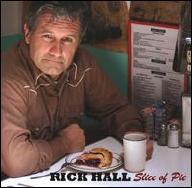 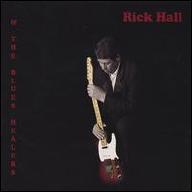 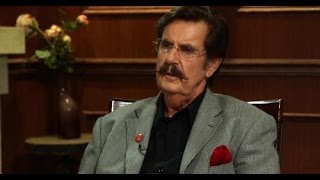 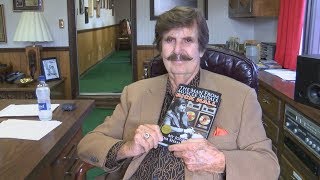 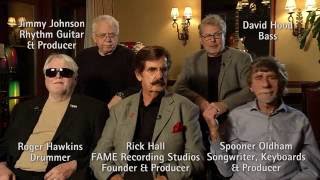 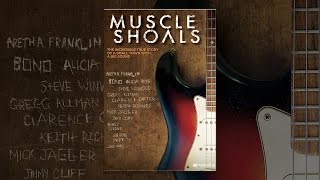 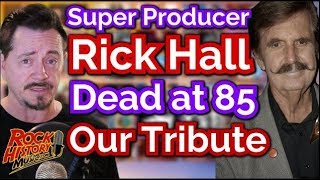 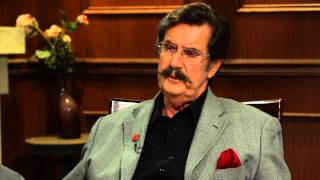 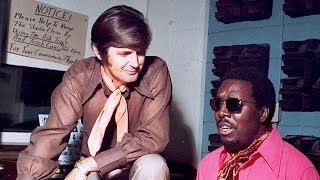