Close
Jerry Wexler
from New York, NY
January 10, 1917 - August 15, 2008 (age 91)
Biography
There is an anecdote told by Southern producer Jim Dickinson about Jerry Wexler. The story goes that Wexler and Sam Phillips were at an industry party in Memphis shortly after Wexler had produced Aretha Franklin's 1972 gospel album Amazing Grace. However, instead of spinning the new Aretha record that Wexler wanted to hear, Phillips kept playing an old Tony Joe White album Wexler had done, marveling because the record was "so good, it don't sound paid for."

That anecdote goes a long way in describing the career and reputation of the onetime Vice-President of Atlantic Records. For, although he has been a writer for Billboard magazine, a songwriter co-credited with such classics as Everybody Needs Somebody to Love, and a successful producer, Jerry Wexler will always be seen as the quintessential businessman of the music industry.

Born in 1917 in the Washington Heights section of New York City, Wexler was the first child born to a family of Jewish immigrants. His father, a window washer, had emigrated to New York from Poland in 1912, meeting and marrying a German Jew named Elsa Spitz. Their relationship was tumultuous, and in many ways, the upheaval defined Wexler's early life. Constantly attacking her husband's inadequacies, Wexler's mother set out early in her son's life to turn him away from the menial existence of his father. She doted on the boy, spending nearly all of the small amount of money that her husband's window washing brought into the house.

Bent on shaping her son's destiny, in 1936 Wexler's mother enrolled him at Kansas State University in Manhattan, Kansas. Though Manhattan, KS was a far cry from Manhattan, NY, Wexler was soon making the hundred-mile trip to Kansas City, where big-band leaders like Count Basie and Bennie Moten and soul shouters like Joe Turner were enjoying the dizzying heights of the age of swing. Yet, as Wexler was riding high in the Kansas City night life, his grades had fallen through the floor, prompting Elsa to bring him back to New York.

Back in the city, Wexler went to work as a window washer with his father. The tedium of his days pushed the 19-year-old further into the club life during his nights and weekends. He became a regular at the Apollo, catching stars of the day like Ella Fitzgerald, and befriended a local music store owner named Milt Gabler. Gabler, who produced Billie Holiday on his Commodore label, was an influential figure to Wexler, turning him on to obscure Black groups like the Rhythmakers and the New Orleans Rhythm Kings.

In 1941, Wexler was drafted, and the shiftless, directionless attitude that he had before enlisting was gone, replaced by a strong work ethic and desire to succeed. While in the military, he enrolled in correspondence courses, and after his discharge he returned to Kansas State to finish his degree.

A new man with a new motto, "achieve, achieve, achieve," Wexler returned to New York and landed his first job in the music business as a song plugger for the newly formed BMI publishing company. After a bout of pneumonia sidelined him and cost him the job, a friend at BMI sent Wexler to Joe Carlton, the editor at Billboard. For the next four years, Wexler worked as a reporter for Billboard, covering the publishers, label owners, and song pluggers who made up the business end of the music industry and meeting the people who would later form the foundation for his own foray as a label owner.

Two of the industry insiders that Wexler had met during his Billboard days were Herb Abramson and Ahmet Ertegun, owners of a small independent R&B label, Atlantic Records. When Wexler grew tired of his job at Billboard and wanted out, the two offered Wexler a position as head of their publishing company. In his own unique blend of fear and arrogance, Wexler demanded he be made a partner. The two owners declined, but a year later when Abramson enlisted in the military, Wexler was asked to fill in as co-head of Atlantic Records, and a record exec was born.

By the time Wexler came aboard, the label had already hit with Stick McGhee's Drinkin' Wine Spo-Dee-O-Dee and Joe Turner's Chains of Love, but it was Wexler's workaholism that made the wheels of Atlantic really move. While Ahmet was out schmoozing in a tailored suit, Wexler was back at the office scrutinizing bills or worrying about the next release. The work paid off as Atlantic Records soared in the early '50s with a roster that included LaVern Baker, Joe Turner, Ray Charles, Ruth Brown, and the Drifters. As the company heads, Wexler and Ertegun, aided by a young engineer named Tom Dowd, began producing their artists. Wexler admittedly knew little about how to play or record music, but his talents for delegating duty and managing a session made him an asset to the artists and to the Atlantic label. Wexler's shrewd business sense and Billboard connections also went a long way in getting Atlantic's releases airplay and distribution, two things immensely valuable in the making of a hit record. And by the late '50s and early '60s, with several subsidiary labels (including a jazz section run by Ertegun's brother Nesuhi), new artists like Ivory Joe Hunter, Solomon Burke, and the Coasters, and a smooth transition into long-playing records, Atlantic was at the forefront of R&B music (and it was Wexler himself who invented the term "rhythm & blues" when he was a writer at Billboard).

But it was the '60s where Wexler would shine bright as both a visionary producer and a shrewd (and sometimes underhanded) businessman. He had first traveled to the South to plug Atlantic new releases on Dewey Phillips' radio show and found he liked the potential in the area. But when he heard about Stax Records through two hit releases by Carla Thomas, he flew down to Memphis and found a gold mine ready to be cashed in. At Stax there was already a firmly established, talented house band (Booker T. the MG's), a wonderfully funky studio where he could bring his acts to record, and a young label head, Jim Stewart, who was anxious for bigger distribution and green about the music industry at the same time. For Wexler, the relaxed environment at Stax was a revelation, and for Stewart, the presence of this seasoned New York hipster was a validation of Stax's talent and promise. For a short time it was a joyous partnership.

While other execs were beating the path in New York, L.A. and London, Wexler found his home in the rural and forgotten areas of the country. He brought in Sam Dave, a duo he had signed out of Florida with the agreement that the act would be on the Stax label, but ultimately owned by Atlantic. In a sense, Wexler was exploiting all the hit-making factors of the Stax studio, but keeping the long-term profit earnings.

When Wexler brought another Atlantic artist, Wilson Pickett, to Stax in 1965, the result was the classic In the Midnight Hour, but it also signaled the beginning of the end of Atlantic's association with Stax. The Memphis musicians could no longer take the headstrong Pickett, and by 1966, Jim Stewart began to see Wexler as an outside exploiter, casting him and his Atlantic artists away from the studio.

Ever the workhorse, it didn't take long for Wexler to bounce back. With the success of Percy Sledge's When a Man Loves a Woman, Wexler found an even more isolated group of talented young writers and players at FAME studios in Muscle Shoals, AL. Once again, Wexler had happened upon a flourishing scene in the middle of nowhere and was determined to ride it for what it was worth. In 1966, he brought Pickett there to record and liked the results; soon FAME studios and its owner Rick Hall replaced Stax as Wexler's main base of operations. In 1967, Aretha Franklin, recently signed to Atlantic, flew in to the studio; the resulting single, I Never Loved a Man (The Way That I Love You)/Do Right Woman was a smash hit, but again resulted in the severance of a creative relationship. After a heated argument between Rick Hall and Aretha's husband Ted White, Wexler (and Aretha) left FAME permanently -- however, not before Wexler could call a desperate Rick Hall and ask for his permission to use Hall's musicians for a King Curtis session. Hall agreed and Wexler, somewhat underhandedly, used the FAME rhythm section to finish the Aretha Franklin album in New York.

That same year, 1967, was an important one in Wexler's life. Wexler was named Record Executive of the Year for his work turning Aretha's career around, and Ahmet Ertegun sold Atlantic Records for $17.5 million. The two execs remained with Atlantic Records, but with the actual ownership in someone else's hands, Wexler began to work less and enjoy the riches more. He bought several boats and relocated to Miami Beach, where he set up his own version of a house band, the Dixie Flyers, at Criteria Studios, producing Aretha Franklin, Donny Hathaway, and Roberta Flack.

With the '70s came stadium-sized rock & roll bands on the scale of the Rolling Stones and Led Zeppelin, and although both groups were signed to Atlantic through the '70s, Ertegun was able to change with the times much better than Wexler. He was no longer the head of Atlantic Records, no longer the sole man in charge of production, A&R, or administration. While Ertegun and the rest of the company forged into the era of rock music, Wexler stayed behind, preferring to work with Southern musicians like Duane Allman, Dr. John, and Delaney Bonnie. And, just as Atlantic was changing, so too was the music that Wexler had helped bring to prominence. By the mid-'70s, Black music was transforming into funk, disco, and rap, and artists that Wexler had produced, like Aretha, were changing as well. By relocating to Florida he had taken himself out of the loop, and feeling increasingly marginalized at the company, Wexler resigned from Atlantic Records in 1975.

Two years later, the crafty exec signed on with Mo Ostin at Warner Records, where he helped bring Dire Straits, the B-52's, and Gang of Four to the label, but the industry was never the same as when he was co-head of Atlantic.

Wexler continued producing into the '80s, though, working with Willie Nelson, Bob Dylan, and Dire Straits. Wexler has slowed considerably in the late '80s and '90s, yet his influence is still felt throughout the industry. A self-described workaholic, through tireless effort Wexler brought his big-city production skills and know-how to isolated hotbeds of talent like Memphis, Muscle Shoals, and Miami, exposing them to the world beyond their backyard, and, in the process, leaving music fans with some of the greatest R&B ever released. ~ Steve Kurutz, Rovi 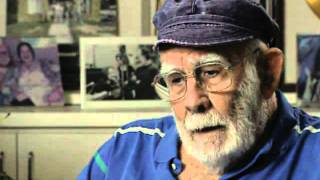 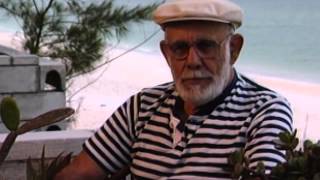 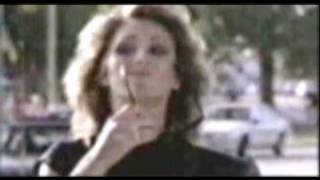 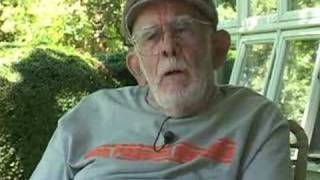 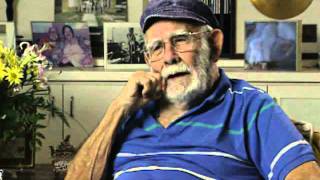 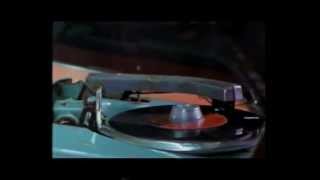 The Atlantic Records Story - Hip To The Tip - Part 1 of 4
Available here: